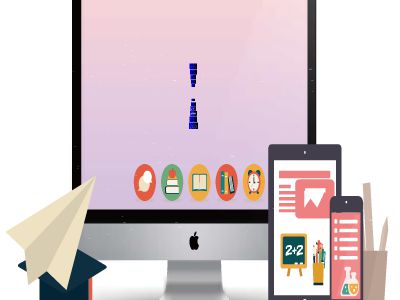 A ridiculously briefoutline of majorAmerican nature writers
17th- 19thcenturies
Puritans
Dissenting strain of Protestantism that developed in the late 1500s associated with Calvinism, although it was not a separate denomination.God is supreme authority individually and socially, as understood through the Bible.Settled in New England area in early 1600s, coming from a landscape that had long been under close and relatively reliable human cultivation by “civilized Christians.”
Puritans
Nature in the “new world” was radically different than what was found in England.Nature is “a hideous and desolate wilderness, full of wild beasts and wild men.” (William Bradford, 1620)Puritans interpreted nature in Biblical terms, with themselves as part of a biblical story.They responded with hard work and sober frugality that resulted in the ability to create a usable garden out of the demonic wilderness.
Jonathan Edwards(1703-58)
A Puritan minister who emphasized personal religious experience and was a catalyst for the “Great Awakening” in New England.He was also schooled in Enlightenment philosophy.By the time of Edwards, Puritans had gained significant control over nature, which now seemed more benign and reliable.Forests had been destroyed at a tremendous pace, and there were relatively few dangers from Native Americans.
Jonathan Edwards
Edwards articulated a growing recognition of the beauty of nature.For Edwards, God is of supreme religious value and above this world, which is but a shadow of the Creator (similar to Plato).But (unlike Plato) nature is linked with God: “spiritual beauties are infinitely the greatest, and bodies being but the shadows of being, they must be so much the more charming as they shadow forth spiritual beauties. This beauty is peculiar to natural things, it surpassing the art of man.”Such a view is a direct link to the Transcendental Movement of the 1800s.
William Bartram
1739-1823Travels of William Bartram. 1791.First real nature writing book in North America.An account of his travels in southeastern U.S. from 1773 to 1777.A naturalist in search of new species.
Bartram, influences
Enlightenmentsearch for scientific knowledgenature as orderlyRomanticismspiritual awe at the Sublimefloristic languageQuakerismemphasis on personal experience & meditationempathy with others, including animals
Bartram, quotes
“This world as a glorious apartment of the boundless palace of the sovereign Creator, is furnished with an infinite variety of animated scenes, inexpressibly beautiful and pleasing, equally free to the inspection and enjoyment of all his creatures.”“How wonderful is the mechanism of these finely formed self-moving beings, how complicated their system, yet what unerring university prevail through every tribe and particular species!”
Ralph Waldo Emerson
1803-1882.Nature. 1836.America’s first philosopher of nature.Leader of the Transcendentalist movement.Influenced by Hinduism and Buddhism.Sought a transcendent spiritual reality in the personal experience of nature.Ardent opponent of slavery.
Emerson, quotes
“Standing on the bare ground,--my head bathed by the blithe air, and uplifted into infinite space,--all mean egotism vanishes. I become a transparent eye-ball; I am nothing; I see all; the current of the universal Being circulate through me: I am part or parcel of God.”“The greatest delight which the fields and woods minister is the suggestion of an occult relation between man and the vegetable.”
Emerson, quotes
“Every natural fact is a symbol of some spiritual fact.”“Know then, that the world exists for you. . . . All that Adam had, all that Caesar could, you have and can do. . . . Your dominion is as great as theirs. . . .”
Henry David Thoreau
1817-1862.Walden. 1854. An account of life in a cabin by Walden Pond, 1845-1847.Student of Emerson’s, but was less a philosopher and more a naturalist.Promoted the value of wildness, though spent most of his life in the small town of Concord.
Henry David Thoreau
Ardent opponent of slavery and the Mexican War.Wrote “On Civil Disobedience” after being jailed for refusing to pay taxes.Individualistic anarchism.Student of Hinduism, Buddhism, and Confucianism.
Thoreau, quotes
I went to the woods because I wished to live deliberately, to front only the essential facts of life, and see if I could not learn what it had to teach, and not, when I came to die, discover that I had not lived.”“Simplicity, simplicity, simplicity!”
Thoreau, quotes
“I wish to speak a word for Nature, for absolute Freedom and Wildness, as contrasted with a freedom and Culture merely civil,—to regard man as an inhabitant, or a part and parcel of Nature, rather than a member of society.”“in Wildness is the preservation of the world.”“Give me a wildness whose glance no civilization can endure.”
Thoreau, quotes
“I heartily accept the motto,--"That government is best which governs least"; and I should like to see it acted up to more rapidly and systematically. Carried out, it finally amounts to this, which also I believe,--"That government is best which governs not at all"; and when men are prepared for it, that will be the kind of government which they will have.”