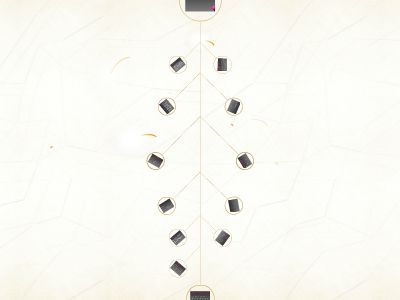 A Realist American Foreign Policy?
September 27, 2012
RosatoandSchuessler
The best US foreign policy is one based on contemporary understandings of realism. Such a policy would be more successful, particularly in avoiding wars, than a liberal internationalist policy.This latter point can be supported by looking more generally at the origin of 20thcentury wars, wherein there is evidence that if great powers had followed a realist policy, WWI, WWII, Vietnam and Second Iraq wars would never have occurred.
Underlying assumptions of a realist policy
International anarchy: there are no international institutions capable of creating and enforcing rules and lows that will keep the peace. Therefore, nations must engage in self-help.States cannot know the present or future intentions of other states.War is unpredictable and potentially devastating to any state that engages in it.
Basic principles
US must look after its own security by engaging in balance of power politics through active deterrence.Must build up military and economic resources to a point of sufficiency: large enough to be able to sustain deterrence against any major power.Indicate that it will use its power to stop expansion by any major power– aggressive rather than defensive balancing.
Basic Principles
Recruit allies if possibleBe prepared to engage in war as well asdeterrenc, even preventive war, though the latter is rarely the best and most rational option because it guarantees that the nation will run the risks associated with war.Only worry about minor powers if they occupy a strategic position that threatens US security.
Contrast with a Liberal Internationalist Policy
Promote democracyEmphasize participation in international institutions rather than self-helpPromote economic interdependenceLiberal internationalism claims that these actions create a world in which the possibility of war is greatly reduced, even eliminated if democracy is spread everywhere.
Evidence of Realism’s Superiority when it comes to Promoting Peace
WWIBritain did not balance aggressively enough against Germany, partly out of a desire to engage inaccommodationistpolicies, including trade agreements.WWIIAllies did not balance aggressively enough against GermanyEastern and Western allies engaged in buck passingBritain pursued a peace strategy until it was too late to adequately rearmUS did not make any serious attempt to balance against GermanyLiberal internationalism hurt in that it prevented an earlier alliance with Soviets (based on pro-democracy preference) and attempts to work through failed international institutions.
Wars
VietnamMotivated by liberal antagonism towards communism, not strategic prioritiesVietnam not a great power and not in a strategic locationEven if domino theory right and loss of Vietnam would trigger more countries in SE Asia to go to the Soviet side, such additions would be negligible in terms of the overall strategic position of the US and Soviets.
Wars
IraqA minor power in a strategic location, so balancing is in orderBut balancing does not mean war. There was no need for a war. Deterrence would be sufficient: draw a line and ensure that regime knows the consequences of crossing it.War was the product of a liberal democracy promotion agenda.
Policies
Balance against China and, if necessary and possible, enlist in an alliance with RussiaIran the same as Iraq:No need for war; can be deterred.Can be deterred even if it acquires nuclear weapons. It won’t engage in aggressive behavior if it knows the consequences would be its destruction.
Mastundando: Preserving theUnipolarMoment
Realist theories can help explain US post-Cold War activities even if there is no agreement with regard to what a realist theory is.The fact that different types of realist theories can make sense of different parts of US foreign policy since the end of the Cold War also shows that there is coherence in US policies across presidencies. The overall aim is to preserve the place of the US as pre-eminent in the global system.However, there are tensions between US security policy (soft approach) and economic policy (hard approach).
Realist, Balance of Power Analysis
The move from a bipolar to aunipolarworld should stimulate the rise of new great powers to balance thehegemon, transforming the system to a multi-polar world within 20 years of the end of bipolarity. The new multi-polar world will be moreconflictualthan theunipolarworld.The US can do nothing to prevent this change ultimately; it can try to extend its dominance, but the more rational policy is to go along with the change and attempt to place itself advantageously in the new order.A realist understanding of the end ofbipolairtywould predict that the US willact in a fashion unconstrained by the imperatives of bipolarity (discipline, focus on prestige and demonstration of commitment to allies and tasks, andbegin to end its Cold War ties and create an independent position for itself.
Attempt to ExtendUnipolarSystem
However , the US is not exactly following the usual script. As of the late 1990s, it was attempting to extend its time as theunipolarpower all the while acting as aunipolarhegemon:Has been more unconstrained in its interventions. Less concerned with consistency and with staying with a course of action for reasons of prestige. No clear pattern to interventions.Other countries not seeking to balance US, but are more likely to bandwagon with itUS not seeking to abandon its Cold War alliancesHowever, is this still true? Was 9/11 a signal of the emergence of a kind of multi-polar world, with important forces taking the form of non-state actors? And did the aftermath signal push back against the US by Europe, China and Russia?