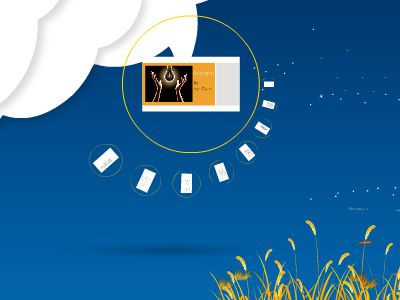 Anthem
ByAyn Rand
Discussion
What does equality mean? Give a scenario.Are individuals equal? Explain.
About the Author
Ayn Rand was born in Russia in 1905.She was 12 when the Bolshevik Revolution occurred.The Bolsheviks wanted to improve their society by getting rid of monarchy and inequality and implementing communism and equality.However, this meant the confiscation of her father’s pharmacy and periods of near-starvation for her family.Rand was fascinated by the United States – a country with freedom and individualism.She eventually moved to the United States and became a writer.
Her Philosophy
Even as a young girl,Ayn Randobjected to the Communist principle thatan individualmust exist for the sake of theState (others).Growing up in Communist Russia, Rand saw the dark side of a society forced into equality and conformity.She believed that an individual exists for his or herself and his or her own wants or needs.Rand later developed her own philosophy calledObjectivism.
Anthem’s Society
Anthem is a work ofdystopianfiction (dystopian is a word with Greek roots that refers to a society opposite of a utopia).It takes place in a future world in which society is governed by “collectivism” (a system similar to communism).Thecommunity has many rules with strict consequences and virtually no freedoms.
Anthem’s Society
In Anthem, technological advancement is limited by government (known as The Council).Thesociety of Anthem lives in a dark age in which technology like electricity has disappeared.Men and women are assigned jobs at birth and reproduction is managed by the state.The concept of individuality has been eliminated, and the word “I” has disappeared from the language.All individual names have been made numbers preceded by words “Equality” and “Union.”
The Hero/ Protagonist
The protagonist in the storyis Equality-72521.Equalitystandsout in a uniform andregulated society.For example, heisexceptionallytall (6’1) andcaughtup in his own freethinking.Herepresents asuperiorintellect in a world ofautomatons.
Concepts
Anthemis a strugglebetween contrasting philosophies through the course of the novel. Rand refers to these philosophies in varied terms, including:Altruism – man exists to serve others and this self-sacrifice is the highest moral dutyEgoism – man’s primary moral obligation is to achieve his own welfare and well-being.Collectivism – the subjugation of the individual to a group. Collectivism holds that man must be chained to a collective action and collective thought for the sake of the “common good.”Individualism – every man is an independent and sovereign entity who posses an inalienable right to his own life.
Discussion
Do you believe that you need to consider your own needs first before others? Why or why not?Describe an instance from your own life where you had to put yourself first before your friends or family despite pressure to do otherwise.