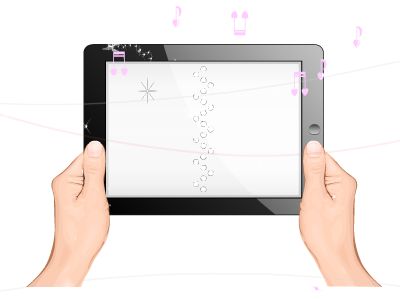 Credit By Demonstrated Mastery
December 2014
The State Board of Education defines “mastery” as astudent’s command of course material at a level that demonstrates a deep understanding of the content standards and the ability to apply his or her knowledge of the material.
What is Mastery?
“Credit by demonstrated mastery” is the process by which a school district shall, based upon a body-of-evidence,award a student credit in a particular course without requiring the student to complete classroom instruction for a certain amount of seat time.
What is CDM?
Section 13 of GCS-M-001 provides the following Credit byDemonstratedMastery policy:13. Credit by Demonstrated Mastery
State Board Policy Reference
Beginning with the 2014-15 SY to inform placement for the 2015-16 SY, CDM shall be available for all NC students in grades 9-12 forhigh school coursesand in grades 6-8 forhigh school coursesoffered in middle school.For Hickory Public Schools, CDM is offered for Math I in the middle schools. (current 6thand 7thgraders)
When does Credit by Demonstrated Mastery begin and for what group of students?
Middle School6thgraders – Math I7thgraders – Math I8thgraders – Courses offered at HHSAffects the students’ schedules for NEXT school year.
What does that mean for our students?
Johnny is a current 6thgrader. He is amazing in math. His family chooses to CDM Math I. He makes the cut score on the EOC and passes the artifact. He receives CDM for Math I. Next school year, he can take Math II while in the 7thgrade and Math III while in the 8thgrade. In the 9thgrade, he will take a fourth level math.
Example: Current 6thGrade Student
Julie is a math whiz!!! Her family wants her to do the CDM process for Math I. She passes Math I through CDM. In the 8thgrade she can start Math II. In the 9thgrade she will take Math III.
Example: Current 7thGrade Student
Sammy is a whiz in many core subjects. His family wants him to CDM some of his freshmen level classes such as English I, Math I and Earth Science. Sammy takes but does not pass the exam for Earth Science. In 9thgrade, he will sit for that course. Sammy does meet the CDM requirements for Math I and English I so he will jump to Math II and English II during his 9thgrade year.
Example: Current 8thGrade Student
Student/family completes applicationMeet with school team to discuss application and processComplete Phase I assessmentIf success, complete Phase II performance based task and present to content teamIf success, receive credit for course
CDM Process for Families
Complete the application for CDM prior to the due dateMeet with the school counselors to discuss the long-term benefits/consequences of CDMContact prospective colleges/universities to see if any admission concernsIf planning to be a college athlete, contact NCAA to see if all requirements will still be metMeet all timelines and due dates
Parent/Student Responsibilities
The credit for the class will appear on the transcript as a “P”There will be no honors credit assignedThe class will not count in the GPAThe student must pass the Phase I assessment on the first try, without receiving instruction in the classIf the student does not pass the Phase I assessment, the student must sit for the class the following year
Additional Details
Are some classes excluded in CDM? Yes-CTE classes that are work-based or internships-Performance-based classes-Classes not offered at the school-AP-IB
Frequently Asked Questions
What score does the student need to have on the exam?EOCMath I>264Biology>261English II>165CTE - 93Final Exam - 94
No. Retesting is not permitted. Students attempting CDM receive one opportunity per course to achieve the minimum standards to earn CDM.
Whatif a student wants to retest? Is that allowable?
Pass. The school shall not grant a numeric or letter grade for the course and shall not include the grade in the student’s GPA.The course will receive standard weight only.
Whattype of credit does a student receive with CDM?
No. Students may earn credit using CDM for as many courses as they wish and districts may not impose local limitations.
Isthere a limit to the number of courses for which a student may earn credit using the CDM policy?
No. CDM is only available for standard-levelcourses
Maystudents earn CDM credit for honors level courses?
No.This policy currently only applies to students who wish to accelerate without enrolling in a course
Canstudents enrolled in a course decide to earn CDM partway through the course?
Application due before February 1 of each year for spring testing and scheduling for the next school yearTesting completed the last two weeks of FebruaryNotification of scores mid-MarchPhase II performance artifact process mid-March to April
Timelines (Fall Classes)
Application due beforeJune 12of each year forsummertesting and scheduling for the next school yearTesting completed the last two weeks ofJulyNotification of scoreslast week of JulyPhase II performance artifact processAugust
Timelines (Fall Classes)
Application due beforeSeptember 1 ofeach year forfalltesting and scheduling for thespring semesterTesting completed the last two weeks ofSeptemberNotification ofscores first week of OctoberPhaseII performance artifactprocessOctober
Timelines (Spring Classes)
Questions?