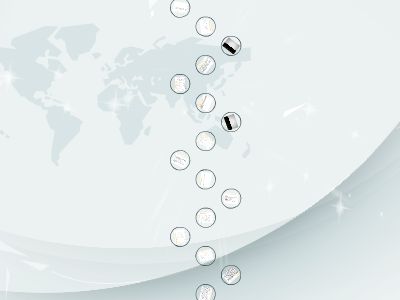 Stambovsky
Stroup
Vokes
Misrepresentation
Consequences of Misrepresentation?
Scenario 1:If misrepresentation is “fraudulent” [162(1)] or “material” [162(2)] and hearer is justified in relying upon it,Then K is voidable by hearer. [164(1)]Scenario 2:If misrepresentation is NEITHER “fraudulent” nor “material”buthearer is justified in relying upon itThen innocent party is limited to damages caused.
Ch. 3.E.
Misrepresentation
12
A Short Memory
In overrulingSwintonv. Whitinsville Savings Bank, theWeintraubcourt said:“Our courts have come a long way since the days when the judicial emphasis was on formal rules and ancient precedents rather than on modern concepts of justice and fair dealing.”
Ch. 3.E.
Misrepresentation
13
SummaTheologicaII-II.77.3
It is always unlawful to give anyone an occasion of danger or loss, although a man need not always give another the help or counsel which would be for his advantage in any way; but only in certain fixed cases, for instance when someone is subject to him, or when he is the only one who can assist him. Now the seller who offers goods for sale, gives the buyer an occasion of loss or danger, by the very fact that he offers him defective goods, if such defect may occasion loss or danger to the buyer--loss, if, by reason of this defect, the goods are of less value,
Summa Theologica II-II.77.3
and he takes nothing off the price on that account--danger, if this defect either hinder the use of the goods or render it hurtful, for instance, if a man sells a lame for a fleet horse,a tottering house for a safe one, rotten or poisonous food for wholesome.Wherefore if such like defects be hidden, and the seller does not make themknown, the sale will be illicit and fraudulent, and the seller will be bound to compensation for the loss incurred.
Summa Theologica II-II.77.3 Objection 4
Now sometimes the price would be lowered for some other reason, without any defect in the thing sold: for instance, if the seller carry wheat to a place where wheat fetches a high price,knowingthat many will come after him carrying wheat; because if the buyersknewthis they would give a lower price. But apparently the seller need not give the buyer this information. Therefore, in like manner, neither need he tell him the faults of the goods he is selling.
Summa Theologica II-II.77.3 Reply to Objection 4
The defect in a thing makes it of less value now than it seems to be: but in the case cited, the goods are expected to be of less value at a future time, on account of the arrival of other merchants, which was not foreseen by the buyers. Wherefore the seller, since he sells his goods at the price actually offered him, does not seem to act contrary tojusticethrough not stating what is going to happen.
Summa Theologica II-II.77.3 Reply to Objection 4
If however he were to do so, or if he lowered his price, it would be exceedinglyvirtuouson his part: although he does not seem to be bound to do this as a debt ofjustice. of the goods he is selling.