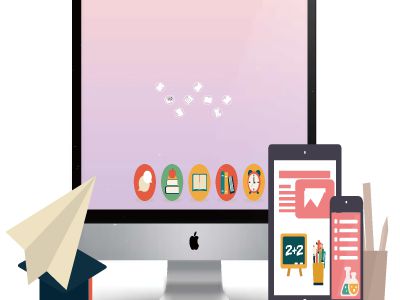 Who Was Sargon?
The kingdom of Akkad developed in northern Mesopotamia. Sargon was an ambitious leader who ruled the people of Akkad.He conquered the remaining Sumerian city-states one by one.Sargon united the conquered territory with Akkad and became known as the king of Sumer and Akkad. In doing so, he formed the world's first empire.His Mesopotamian empire lasted for more than 200 years before invaders conquered it.
Who Was Hammurabi?
A people called the Amorites lived in the region west of Mesopotamia.In the 1800b.c., they conquered Mesopotamia and built their own cities.Babylon wasthe grandest of these cities. It was located on the eastern bank of the Euphrates River in what is nowIraq.Around1792b.c., the Babylonian king, Hammurabicreatedthe Babylonian Empire.
Hammurabi's Code
Hammurabi was thought to be a just ruler.Heis best known for creating a set of laws for his empire.Thecode dealt with crimes, farming, business, marriage, and the family—almost every area of life. The code listed a punishment for each crime.The Code of Hammurabi was stricter than the old Sumerian laws. The code demanded what became known as "an eye for an eye, and a tooth for a tooth." This means that the punishment for a crime should match the seriousness of the crime. It was meant to limit punishment and do away with blood feuds.The code also protected the less powerful.Hammurabi'sCode influenced later law codes, such as those of Greece and Rome.
The Assyrian Empire
TheAssyrian Empire arose about 1,000 years after the empire of Hammurabi. Assyriawasa large empire, extending into four present-day countries: Turkey, Syria, Iran, and Iraq.The Assyrians built a large and powerfulmilitaryto defend their hills and fertile valleys. Around 900b.c., their army began taking over the rest of Mesopotamia.
The Assyrian Army
Inbattle, the troops numbered around 50,000 soldiers.Thisarmy was made up of infantry, or foot soldiers; cavalry, or horse soldiers; and charioteers. The Assyrians fought with slingshots, bows and arrows, swords, and spears.The Assyrians robbed people, set crops on fire, and destroyed towns and dams.Theytooktribute, or forced payments, from conquered people. The Assyrian army also drove people from their homes. Stories of Assyrian brutality spread.Sometimespeople were so afraid of the Assyrians that they would surrender to them without a fight.One of the key factors in the Assyrian successes was ironweapons.TheAssyrians learned from Hittite technology.For 300 years, Assyria ruled the area from the Persian Gulf to Egypt. Because they were harsh rulers, people often rebelled.
A New Empire
Whenthe Assyrians were fighting each other, the Chaldean kingNabopolassardecidedto reclaim his kingdom.In 627b.c.,Nabopolassarled a revolt against the Assyrians. Within a year, he had forced the Assyrians out ofUrukand was crowned king of Babylonia.TheMedes, another people in theregionwho wanted to break free from Assyrian rule, joined the Chaldeans. Together, they defeated the Assyrian army.In612b.c., they captured the Assyrian capital of Nineveh and burned it to the ground. The hated Assyrian Empire quickly crumbled.Nabopolassarand his son, Nebuchadnezzarcreateda new empire. Most of the Chaldeans were descendants of the Babylonians who made up Hammurabi's empire about 1,200 years earlier. Through conquest, the Chaldeans gained control of almost all of the lands the Assyrians had once ruled.Thecity of Babylon served as their capital.
The Greatness of Babylon
King Nebuchadnezzar rebuilt Babylon, making it the largest and richest city in the world. Huge brick walls surrounded the city. Soldiers kept watch in towers that were built into the walls.Grand palaces and temples were located in the center of Babylon. A huge ziggurat stood more than 300 feet (92 m) tall. When the sun shone, its gold roof could be seen for miles.The richness of the ziggurat was equaled by that of the king's palace. The palace had a giant staircase of greenery known as the Hanging Gardens.Babylon's Hanging Gardens were considered one of the Seven Wonders of the Ancient World. These terraced gardens—built like huge steps—included large trees, masses of flowering vines, and other beautiful plants. Acomplexirrigation system brought water from the Euphrates River to water the gardens..
Cont.
One Greek historian in the 400sb.c.described the beauty of Babylon. He wrote, "In magnificence, there is no other city that approaches it.“Outside the center of Babylon stood houses and marketplaces. There artisans made pottery, cloth, and baskets.The people of Babylon also made many scientific advancements. The Chaldeans, like other people in Mesopotamia, believed that the gods showed their plans in the changes in the sky. Chaldeanastronomerspeople who study the heavenly bodies—mapped the stars, the planets, and the phases of the moon as it changed.The Chaldeans invented one of the first sundials to measure time. They also were the first to follow a seven-day week.

Make amazing presentation for free
Who Was Hammurabi_ - materlakes.org