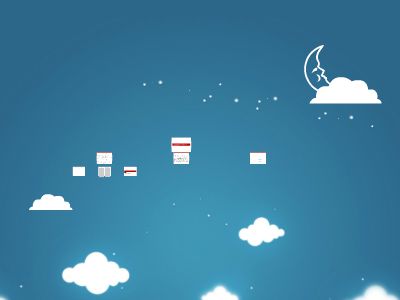 Our understanding of the Home Finance sector..
Overview of Residential Real Estate market
2
Housing Sector - Macro viewMajor contributor of the total turnover of the Indian real estate sectorLow Penetration: Housing to GDP ratio is approx. 5-6% (significantly lower than the levels achieved in most of the advanced as well as emerging economies )As per the NHB report on Urban Housing shortage in India (2012-17), India needs 18.8 million housing units in the cities alone,most of whobelong to EconomicallyWeaker Section (EWS)/ Lower Income Group (LIG)categories.People who belong to the these sections have no access to formal housing finance.Housing Demand to Grow….The Government has announced ‘housing for all by 2022’ as one of its headline missions. Another key area of focus for the government is increasing the number of business hubs in the country - ambitiously termed the ‘100 smart cities plan’. Both of these represent tremendous opportunities for the sector.The easing of interest rates would both increase buyer affordability, spurring demand, and also strengthen the financial performance of real estate companies…With increased emphasis on Affordable HousingAround 95 per cent of urban housing shortage main­ly exists in EWS & LIG and around 90 per cent of rural housing shortage primarily exists in lower income and marginalised groups. Hence, demand for affordable housing will continue to increase in India for the coming years
HFCs lead the pack in home finance with multiple players
India’smortgage-to-GDP penetration remains one of the lowest amongst developing nations at a mere 9%, with scope for significant increase to double digit over the next three years.Banks and HFCs are the major players in the housing finance market in India. While Banks are subject to regulation and supervision by the Reserve Bank of India, HFCs are regulated and supervised by National Housing BankOver the years, the market share of housing finance companies (HFCs) has significantly improved vis-à-vis banks on account of robust growth in disbursements of the former. HFCs have been able to maintain theirleadin the mortgage marketwith share of 37% as on September 30, 2014.HFCswill continue to gain market share due to strong origination skills and diverse channels of sourcingbusinessBanks areplaying catch up with Home loans becomingkey thrust segments-thehome loan book for banksgrew at 15% in H1FY15 and 18% in FY14 as against 14% in FY13).Currently, accessto finance for housing needs is largelyfocused onhigher income groups,whichis evident from the highly competitive mortgage lending rates prevailing for thesector. With the upwardly mobile population growing and the government impetus, the housingfinance market in Indialikely to soon expandto include borrowersfrom low-to-midincomesegment. The HFCs are expected to play a key and strategic role in this expansion.
3
IndianFinancial Customer- Prioritiesin life
4
Growth & SecurityGrowth and security act as the main priorities for the consumer. Many of their financial decisions are based on these concepts.Financial independence & the need for settlement After a certain point the consumer wants to be financially independent. He wants to make decisions without thinking too much about it. Ultimately he wants to settle down comfortably.Sense of AchievementThe man of the house needs to be the provider and hence make suitable provisions for the family.This gives him a sense of achievement in his life stage.Shift in social class Ultimately the consumer wants to make a shift in his social class. The growth process completes itself on that stage
Multiple factors impact choice of financial service provider
5
Association with Loans- a mixed bag
6
Lets Partner
Please contact:LatikaTandon+ 91 9899070752 |[email protected]

Make amazing presentation for free
Who we are.... - imrbint.com