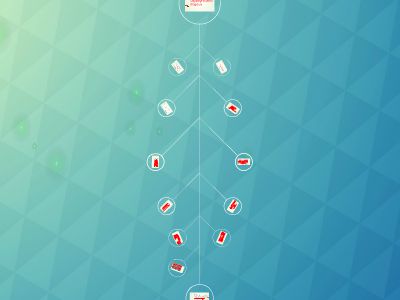 OdysseyFinalReadingQuiz
About this quiz
You will be taking yourFINAL reading Quiz forThe OdysseyonTuesday Oct. 8th(5B)Wednesday Oct. 9th(1A, 3A, 4A)This quiz will coverALLLLLLL ofThe Odyssey– even a few parts we didn’t read together in class(Book 1, 5, 10, 11, 12, 16, 17, 21, 22, & 23)This quiz will be a Double Minor Grade on Active Student
About this quiz
It will be50 totalquestionsThe first 14 are MatchingThe remaining 36 are multiple choice
Review Today
HandoutHandout and PowerPointJust the PowerPoint – NO HANDOUTReview handout silently on your own (5 minutes)PowerPoint in random order – last man standing!*For a prize!*
#1 – 7
Odysseus –the protagonist ofThe OdysseyTelemachus –Odysseus’s sonHomer –poet who wroteThe OdysseyPenelope–wife of OdysseusArgos –Odysseus’s faithful dogZeus –king of gods and menScylla and Charybdis –6-headed creature and giant whirlpool
#8 - 14
8. Eumaeus –shepherd who helps Odysseus reclaim his throne9. Circe –turns Odysseus’s crew into pigs10. Calypso –keeps Odysseus captive on her island for 7 years11. Athena –goddess who helps Odysseus on his journey12.Teiresisas–prophet who inhabits the Underworld13.Antinous–arrogant suitor of Penelope14. Sirens –creatures who lure sailors to destruction with songs
#15 - 21
15. Circe advises Odysseus to go tothe Land of the Deadbefore he can leave her island.16. It takes Odysseus20 yearsto get home after the Trojan War.17. Odysseus needs to possesscourage, intelligence, and strengthin order to get home.18. In Book 11, when Odysseus says, “Teiresias, these are the threads of destiny the gods themselves have spun,” he meansthatTeiresiashas explained his prophecy to Odysseus and Odysseus has accepted his fate.19. When Odysseus’s crew steals Helios’s cattle, Homer isindirectly characterizing them as being selfish because they did not consider the repercussions of eating the cattle.20.Odysseus’s temptations while on Calypso’s islandare an example of internal conflict in the story.21. The suitors stay at Odysseus and Penelope’s homebecause Penelope is very beautiful and they wish to marry her.
#22 - 25
22. The climax (moment of greatest excitement) occurs inThe Odysseywhen Odysseus reveals his true identity to the suitors in his palace.23. Odysseus becomes angry when he reveals his true identity to Penelopebecause she tries to make him sleep in the hallway.24. Odysseus must remain in disguise when he first returns home to Ithacabecause if the suitors find out that he has returned they will try to kill him.25.Argos recognizes his master Odysseus after 20 yearswhich makes their encounter in Book 17 significant.
#26 - 32
26. Odysseus putsbeeswaxin the ears of his fellow sailors.27. The Scylla isa twelve-legged, six-headed monster that feeds on passing ships.28. While passing the Sirens, Odysseus’s mentie him to the mast and ignore his pleas to be released.29. Odysseus’s men eatHelios’scattle.30. Odysseus’s men were turned intopigsby Circe.31.The Odysseyis a sequel toThe Iliad.32. The implied theme behind Odysseus’s dealings with the Sirens is thatpeople should avoid temptation.
#33 - 39
33. The implied metaphor/theme behind Odysseus’s adventure with Scylla and Charybdis is“The hard way is sometimes the only way.”34. Because he wants revenge,Odysseus attacks the suitors in the Great Hall.35. The line in the text that best shows the above statement is“There will be killing till the score is paid. You forced yourselves upon this house.”36.“Furious”is the best adjective to describe Odysseus’s attitude towards the suitors.37. The line in the text that best shows the above statement is“Your last hour has come. You die in blood.”38. When the shield of Athena becomes visible to the suitors,they realize that they cannot possibly win the battle.39. The line in the text that best shows the above statement is“The suitors are frantic to escape…but to no avail.”
#40 - 44
40. According to Book 22, Odysseus attacks the suitorsbecause they plundered his house, they bid for his wife while he was still alive, and they tried to replace him as king.41. In Book 22, the suitors believe that Odysseus killingAntinouswas an accident. They think he is physically incapable of killing one of thembecause Odysseus is still disguised as an old beggar.42. The sentence “Soon the room is reeking with blood” in Book 22 aids the readerby providing the reader with a visual understanding of the massacre.43.Telemachus, Eumaeus, and Athenaall help Odysseus kill all of the suitors.44.Athena wants Odysseus and Telemachus to realize that they have enough strength of their ownso she wants them to prove themselves before she decides to intervene with fighting the suitors.
#45 - 46
45. Considerthe following lines from Book 1: “Sing in me, Muse, and through me tell the story of that man skilled in all ways of contending, the wanderer harried for years on end, after he plundered the stronghold on the proud height of Troy.”These lines help exhibit the epic hero trait of traumatic events that lead to a quest.46. Considerthe following lines from Book 16: “You cannot be my father! Meddling spirits conceived this trick to twist the knife in me? No man of woman born could work these wonders by his own craft, unless a god came into it with ease to turn him young or old, and here you stand like one of the immortals!”These lines help exhibit the epic hero trait of not being recognized upon return because of disguise or change in appearance.
#47 - 50
47. Considerthe following lines from Book 22: “The suitors make very unsuccessful attempts to expel Odysseus from his post at the door. Athena urges Odysseus to battle, yet holds back her fullest aid, wanting for Odysseus and Telemachus to prove themselves…At last Athena’s presence becomes known to all, as the shape of her shield becomes visible above the hall.”These lines help exhibit the epic hero trait of supernatural help.48.Hermesgives Odysseus a special plant that will help protect him from Circe’s magic.49. Odysseus tells Penelope a story abouttheir bedin order to prove he is in fact who he says he is.50. By the end of the story,Athena stops the fight between Odysseus and the relatives of the suitors, Poseidon finally gets revenge on Odysseus, and Odysseus and Penelope are reunited.