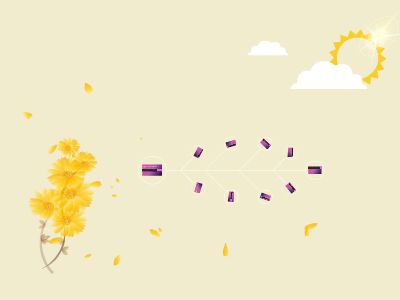 Enlightened Absolutism and the Balance of Power

Enlightened Absolutism and the Balance of Power
ESSENTIAL QUESTIONSWhy do new ideas often spark change? How do new ways of thinking affect the way people respond to their surroundings?
Enlightenment and Absolutism
Guiding Question:Howwere European rulers guided by Enlightenment thought?Enlightenmentthought influenced European politics in the eighteenth century.Philosophersbelieved in natural rights for all people.rightsincluded equality before the law; freedom of religious worship; freedom of speech; freedom of the press; and the rights to assemble, hold property, and pursue happiness.philosophersbelieved that people needed to be governed by enlightened rulers.Enlightenedrulers must allow natural rights and nurture the arts, sciences, and education.theymust obey and enforce the laws fairly for all subjects.Onlystrong monarchs could bring about the enlightened reforms society needed.
enlightenedabsolutism -asystem in which rulers tried to govern by Enlightenment principles while maintaining their full royalpowersDidn’t work as well as they plannedEuropean rulers struggled to follow advice of the philosophers and become enlightened.
Seven Years War
Guiding Question:Howdid changing alliances in Europe lead to the Seven Years' War and how was the war carried out on a global scale?The stage was set for the Seven Years' War when, in 1740, a major war broke out over the succession to the Austrian throne.Whenthe Austrian emperor Charles VI died without a male heir, his daughter, Maria Theresa, succeeded him.KingFrederick II of Prussia took advantage of the confusion surrounding the succession of a woman to the throne by invading Austrian Silesia, a piece of land that he hoped to add to Prussia.Bythis action, Frederick refused to recognize the legitimacy of the empress of Austria.Francethen entered the war against Austria, its traditional enemy.Inturn, Maria Theresa allied with Great Britain.War was fought in three areas: North America, Asia and Europe.Treaty of Paris = resolution.
The American Revolution
ESSENTIAL QUESTIONSWhy do new ideas often spark change? How do new ways of thinking affect the way people respond to their surroundings?
Britain and the American Revolution
Guiding Question:Whatwere the causes of and influences on the American Revolution?In North America, then, Britain controlled Canada as well as the thirteen colonies on the eastern coast of what is now the United States.TheBritish colonies were well populated, containing more than 1 million people by 1750.Theywere also prosperous.In theory, the British Board of Trade, the Royal Council, and Parliament controlled the colonies.Inactuality, the colonies had legislatures that often acted independently.Merchantsin port cities such as Charleston, New York, and Boston did not want the British government to run their affairs.
The American Revolution Begins
After the Seven Years' War, British leaders wanted to get new colonial revenues from thecoloniesto cover war costs.Thesewould also pay for the expenses of maintaining an army to defend thecolonies.In1765 Parliament imposed the Stamp Act on the colonies.Crisisfollowed crisis in the 1770s. To counteract British actions, the colonies organized the First Continental Congress, which met in Philadelphia in September 1774.Membersurged colonists to take up arms and organizemilitias – begged Britain to meet their demands.When demands were not met, colonists arranged the 2ndContinental Congress.On July 4, 1776, the Second Continental Congress approved the Declaration of Independence written by Thomas Jefferson. With this stirring political document, the American Revolution had formally begun.
British Defeat
Support from foreign countries was important to the colonies' cause.Thesenations were eager to gain revenge for earlier defeats at the hands of the British.TheFrench supplied arms and money to the rebels. French officers and soldiers also served in Washington's army.InFebruary 1778, following a British defeat, the French granted diplomatic recognition to the new United States.WhenSpain and the Dutch Republic entered the war, the British faced war with the Europeans as well as the Americans.WhenGeneral Cornwallis was forced to surrender to the American and French forces under Washington at Yorktown in 1781, the British decided to end the war.In1783 the Treaty of Paris recognized the independence of the American colonies.Thetreaty also granted the Americans control of the western territory from the Appalachians to the Mississippi River.
The Constitution
The states' first constitution, the Articles of Confederation (1781), created a weak central government that lacked the power to deal with the nation's problems.In1787 delegates met in Philadelphia at the Constitutional Convention to revise the Articles of Confederation.Thedelegates decided to plan for an entirely new government.Theproposed Constitution created afederal systemin which the national government and the state governments shared power.Basedon Montesquieu's ideas, the national, or federal, government was separated into three branches: executive, legislative, and judicial.Eachbranch had power to check, or restrain, acts of the otherbranches.Apresident served as the head of the executive branch, which is why it may be referred to as a presidential democracy.Thelegislative branch consisted of elected representatives in two houses—the Senate and the House of Representatives.TheSupreme Court and other courts formed the judicial branch.Afterratification by 9 of the 13 states, the Constitution took effect.
The Bill of Rights
As promised during negotiations over ratification, the new Congress proposed 12amendmentsto the Constitution.Thestates approved 10 of the amendments.theseamendments became known as the Bill of Rights.These 10 amendmentsguaranteedfreedom of religion, speech, press, petition, and assembly.gaveAmericans the right to bear arms and to be protected against unreasonable searches andarrests.guaranteedtrial by jury, due process of law, and the protection of property rights.Manyof the rights in the Bill of Rights were derived from the natural rights proposed by the eighteenth-century philosophes and John Locke.Europeanintellectuals saw the American Revolution as the confirmation of the premises of the Enlightenment.Anew age and a better world could be achieved.