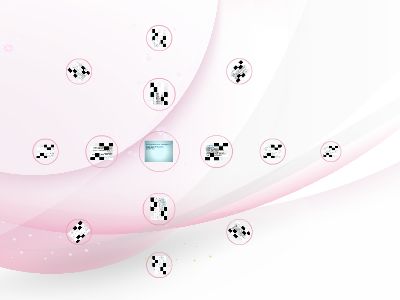 Schizophrenia and the Impact of Psychological Disorders

Schizophrenia and the Impact of Psychological Disorders
Marion WeeksJenks High School
Description and symptoms of schizophrenia
Schizophrenia is a group of severe disorders characterized by the breakdown of personality functioning, withdrawal from reality, distorted emotions, and disturbed thought.Originally, the vague, general description of the disorder led to its over diagnosis. Bipolar disorder, for example, was mistaken for schizophrenia.
Description and symptoms of schizophrenia
TheDiagnostic and Statistical Manual, 4th Edition (DSM-IV), tightens the standards to be used for positive diagnosis. Organic and affective disorders are ruled out as possible causes.DSM-IV indicates that the following symptoms must be manifested:1.Delusions (false beliefs inconsistent with evidence or logic, e.g., "I am Queen Elizabeth")2.Auditory hallucinations (false or distorted perceptions of hearing that seem vividly real to the person experiencing them)3.Marked disturbance of speech, affect, or thinking4.Deterioration from former functioning level5.Symptoms that last at least six months and are currently present for one month
Symptoms of Schizophrenia
1.Positive symptoms (meaning an excess or distortion of normal functioning)a.Delusionsb.Hallucinationsc.Severely disorganized thought processes, speech, and behaviord.Disturbances involving extremely high or low activity levels of motor activity or odd movements and gestures.
Symptoms of Schizophrenia
2.Negative symptoms (meaning restriction or reduction of normal functioning)a.Flat affect, showing little emotionb.Inability to feel pleasurec.Lack of motivationd.Lack of meaningful speeche.Cessation of personalhygiene
Types of Schizophrenia
A.Paranoid schizophrenia involves strongly held delusions of persecution or grandeur.1.The onset of symptoms tends to occur later in life (in the 30s) than in other types of schizophrenia.2.The individual rarely displays obviously disorganized behavior, but may act upon the delusions. This may result in behavior which seems reasonable to the individual, but not to others.B.Disorganized schizophrenia involves inappropriate behavior and affect including odd movements and disconnected emotional states. It also involves incoherent language which may be "word salad" (words and ideas that jump from one subject to another with little coherence).
Types of Schizophrenia
C.Catatonic schizophrenia involves frozen, rigid or excitable motor behavior. For example, patients can maintain postures with their arms raised for hours.D.Undifferentiated schizophrenia has a mixed (undifferentiated) set of symptoms. It involves thought disorders and features from other types of schizophrenia.E. Residual - withdrawalafter hallucinations and delusions have disappeared
TheCourseofSchizophrenia
A.Onset1.The disorder typically occurs in men younger than 25 and in women between 25 and 45 years of age.a.Men and women are equally affected.b.Schizophrenia occurs in approximately one percent of the world's populations and is seen in all cultures.2.Gradual onseta.Some changes in previous behavior may be noted by others, especially social withdrawal.b.The promodal phase (preceding the active phase) involves increased withdrawal with peculiar actions or talk.
The Course of Schizophrenia
c.During the active phase, full-blown symptoms arepresent.d.Residual phase(1)The symptoms are no longer prominent.(2)There is some remaining impairment in functioninge.Generally, one third of patients recover, one third are helped with medication, but retain some symptoms, and one third are not helped by drug therapy. This is sometimes referred to as the "Rule of Thirds.“3.Sudden onset in a previously symptom-free individual usually occurs early in life (in the 20s) and presents a better prognosis for recovery with norecurrence.This is not true for gradual onset schizophrenia.
Explaining schizophrenia
Biopsychological perspectiveA.Studies of families, twins, and adopted individuals have firmly established that genetic factors play a role in many cases.B.Abnormal brain chemistry1.One theory implicates an excess of the neurotransmitter dopamine.2.Dopamine blocking drugs often reduce symptoms of schizophrenia, particularly positive ones.C.In some patients there is evidence of a prenatal viral infection-based cause.
Explaining schizophrenia
D.Abnormalities in brain structures and functioning are present in some patients with schizophrenia.1.MRI studies have found abnormalities in the frontal lobes, temporal lobes, and basal ganglia.2.The fluid-filled ventricles are enlarged in some brains of schizophrenic patients.E.Schizophrenia may be viewed as a complex, chronic medical illness, similar to diabetes or cancer, affecting different people in different ways.F.Researchers have been unable to find a single psychological factor which emerges consistently as causingschizophrenia.Rather, it seems that those who are genetically predisposed to developing schizophrenia may be more vulnerable to such factors as disturbed family environments and stress.
Causes of schizophrenia
A VIRUS?Prenatalproblems (possible virus during gestation?): low birth weight and birth complications are risk factors for diseaseStudies show:Increasedrisk of schizophrenia if country experienced a flu epidemic during fetal developmentIncreasedrisk of schizophrenia is more densely populated areas (where viruses spread more readily)Decline in infectious disease rates correlates with decline in incidence of schizophreniaIncreased rates of schizophrenia in people born in winter and spring (after flu season)
Causes of schizophrenia
GENETICS?Higherrates of schizophrenia for people with sibling or parent with disease (1 in 100 in general population, 1 in 10 if sibling or parent has disease, 1 in 2 if identical twin has disease – regardless of whether or not they were raised together or apart)Twins who shared placenta are more likely than twins who didn’t to both get disease; this supports prenatal virus hypothesisAdopted children more likely to get disease if biological parents had it
Causes of schizophrenia
OTHERnutritional deprivation, oxygen deprivation at birthPSYCHOLOGICAL FACTORS?Probably exist, as genetics can’t account for allcases.However, no specific causes have been found.Morelikely, we inherit a biological predisposition to react to particular experiences by developing schizophrenia