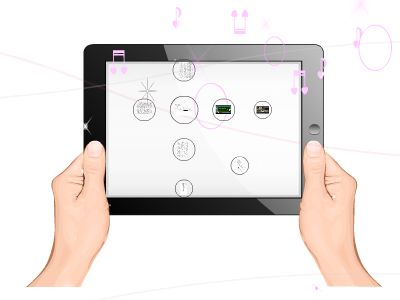 ELA Agenda 11/14/17
Warm Up:Complete Tell Tale Heart Anticipation Guide that is on your desk (10 min)
Discuss Anticipation GuideNotes on Tone andMood w/PowToonsBrief Intro into PoeReadThe Tell Tale Heartby Edgar Allan Poe—Annotation or Reading StrategiesWatchVideo
Turn in Animal Farm Reader Response Journal or CC and Novels
Edgar Allan Poe(1809-1849)Building Background(pg. 834 in Glencoe Literature book) Poe spent most of his life writing poetry, beginning as a teenager and sacrificing material comforts for twenty years so that he could concentrate on his art. The success he finally found with his poem, “The Raven” didn’t improve his financial status. The poem was reprinted and parodied everywhere, and Poe was invited to tour the country lecturing and reading his work. However, he was paid less than $15 for the poem, and lecturing paid barely enough to support him. Three years after “The Raven” came out, Poe still could not afford to keep his house warm during his wife’s final battle with tuberculosis. The father of the modern mystery, Edgar Allan Poe, was born in Boston on January 19, 1809. He was educated in Virginia and England as a child. It was during his later years at West Point that he showed a remarkable propensity for writing prose. As early as the age of 15, he wrote these words in memory of a female acquaintance, "The requiem for the loveliest dead that ever died so young." Indeed, Edgar Allan Poe's first love was poetry, although he was unable to make a living at it early on, he was able to publish two small volumes during these early years.
Only after becoming an assistant editor at the Southern Literary Messenger in Richmond, Virginia, in 1835 did Poe's literary talents start to blossom. It was at this time in his life that Poe fell in love with his 13-year-old cousin Virginia. Their marriage forced him to find a source of income. When the editor of the Messenger offered employment, Poe eagerly accepted. During his tenure at the Messenger, Edgar Allan Poe was an editor as well as a contributor. In early 1836, Poe was credited with "between 80 and 90 reviews, six poems, four essays and three stories, not to mention editorials and commentaries." (Edgar A. Poe: Mournful and Never-Ending Remembrance) Poe was to work for several publications as both editor and contributor. His career as an editor coincided with his growth as a writer. While working in Philadelphia for Burton's "Gentleman's Magazine" in 1839, Poe's work continued to flourish. At this time in his career he still was not secure financially, but his work was being recognized and praised, which helped greatly in furthering his reputation. During his tenure at Burton's he wrote such macabre tales as "The Fall of the House of Usher," and William Wilson. Tales like these psychological thrillers were to become Poe's trademark. In 1841, Edgar Allan Poe began working for a man named George Graham, who offered him $800 a year to work for him as an editor. While at Graham's, Poe was preparing his famous work, "The Murders in the Rue Morgue," for publication. Published in April 1841, this story featuredAugusteC.Dupin, the first-ever fictional detective. Poe's "tale ofrationation," as he termed it, "inaugurated one of the most popular and entertaining forms of fiction ever conceived." (Edgar A. Poe: Mournful and Never-Ending Remembrance)
It was during these years in Philadelphia that Poe published such trademark horror tales as "The Tell-Tale Heart," and "The Pit and The Pendulum." It wasn't until the 1845 publication of Poe's famous poem "The Raven" that he achieved the true rise to fame that had been denied him until then. The public's reaction to the poem brought Poe to a new level of recognition and "could be compared to that of some uproariously successful hit song today." In February 1847, Poe's young wife died of consumption. Poe was devastated by her death and penned these words, "Deep in earth my love is lying and I must weep alone." During the years following Virginia's death, Poe's life was taking a steady turn downward. He suffered through a suicide attempt, several failed romances and engagements, and a largely unsuccessful attempt to resurrect his failing career after a long bout with alcoholism and depression. Poe died at the age of 40 in October 1849 in Baltimore. Although the exact circumstances of his death remain unknown, it seems clear that his death can be attributed to the effects of alcoholism. A contemporary of Poe's at the time remarked, "This death was almost a suicide, a suicide prepared for a long time." (Edgar A. Poe: Mournful and Never-Ending Remembrance) Although he lived a short and tragic life, Edgar Allan Poe remains today one of the most-beloved mystery writers in history. His contributions to literature and the mystery genre cannot be underestimated.
TX History Nov. 15th
StudentAgenda/DirectionsReadthe Class Copy of Types of Governments(Located at Student Desks—NOT to LEAVE the CLASS)Create a Graphic Organizer (Manila Paper—Located in STUDENT SUPPLIES) on the 6 Major Types of Government--Based on Class Copy of Types of Governments(Example on Promethean Board and taped to desks)Must haves:Description of each type of Government and Example (Monarchy=England)Answer 2 questions on Best Type of Government on bottom of Graphic Organizer***Must turn in b4 class is over or you will get a demerit next class***When you finish Graphic Organizer get aWho RulesPacket and Complete,we will trade and grade at the beginning ofclassonFriday—if you do not finish it is HW
Get out Projects or CC
ELA Agenda: 11/16/17
Get Ready for the Spelling BeeSpelling Bee (Line-Up) Sit down when you get outRe-read The Tell Tale Heart (Annotate and Discuss)*CIRCLE Figurative Language*Use ARROWS to draw connections between passages*WRITE DOWN personal responses to the text in the Margins*UNDERLINE unknown wordsTTTH Reading Comprehension Questions and Drawing Activity Project (Due Nov. 27th)