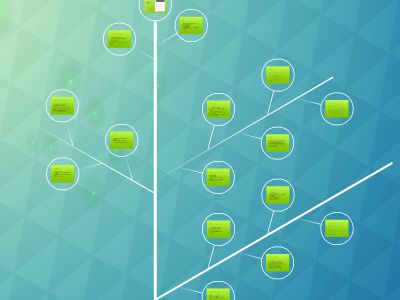 Egypt
Skyler RayJosiah Pope
The Nile River
(civilization begins around 7,000 years ago)Longest river in the worldFloods annually (July)1.good for irrigation2.receding flood waters leaves behind mineral deposits for fertile soil.
Benefits of the Nile
1. irrigation for farming2. hunting and fishing of wildlife3.route for trade and transportation4.papyrus-a reed (plant) used for paper
Cultural Aspects of Egypt's
Religion-polytheistic1.belief in many gods2.gods control the forces of nature (life, death, etc.)3.many gods are associated with animals like dogs and cats (Ex: the Sphynx)
Famous Gods
1. Amon- Re (Ra)- the sun goda. sun rises in the east (birth)b. sun sets in the west (death) ; this is why all pyramid tombs are located on the west bank of the Nile River2.Osiris- god of the Nile River (he later became god of the underworld after he was killed and brought back to life by his wife Isis)a. his death and rebirth are symbolized by the annual rise and fall of the Nile river.
Death
Very elaborate; people were carefully mummified and buried in tombs.People were buried with the treasures and personal belongings to carry with them in the afterlife.
Writing
Egyptians used hieroglyphics (picture writing)Pictures represented words or actionsRosetta Stonea. founded by the French; used as a breakthrough to translate hieroglyphics and demoticb. demotic- hieroglyphics for poor peoplec. stone contained three languages: hieroglyphics, demotic, and Greeksincewe already knew Greek, we were able to use that language to decipher the meaning of the other 2 languages.
Egypt Culture (cont.)
Social Class (hierarchy system) – look at the pyramid on board.1.At the top – pharaohs – rule by divine right (god-king)2. 1stclass – priests (preform rituals and sacrifices to gods); nobles (governors and administrators); military3. 2ndclass – merchants, artisans, doctors4. 3rdclass – free peasants (they were farmers)5. At the bottom – slaves (forced as manual labor)
Women
1. Had higher social status than most societies.2. more children = higher status3. They could trade or get a divorce
Education
1. Priests were educators.2. Wealthy boys learned reading, writing, math, and religion.3. Regular boys had basic education and learned a trade.4. Girls were home schooled.
Scientific Accomplishments
1. Excellent surveyors – used math to grid farmland and build pyramids.2. 365 day calendar – basically the same one we have3. Pyramids – used as tombs and for astrological purposes4. Surgery – through mummification, they knew the ins and outs of the human body.
Egyptian Kingdoms
Old Kingdom (2700 – 2200 B.C.)A. all kingdoms ruled by pharaohs1. vizier – administrative leaders-led the gov’t.2. scribes – carried out the orders of the vizier.B. Also called the “ Pyramid Age”1. old kingdom is when famous pyramids of Giza were built2. each block weighed 2 1/2 tons; over 2millonblocks used.
Collapse of theOld Kingdom
1. costly projects (pyramids) bankrupted the kingdom2. series of droughts3.power struggle (no solid leadership)
Middle Kingdom
2050 – 1800 B.C.A. The weakest of the three KingdomsB. Pharaohs regain strength, but they were occupied by a group from the north called the Hyksos.C. Hyksos ruled until New KingdomD. Benefits from the cultural diffusion1. chariots, bows, and bronze weapons
New Kingdom
1550 – 1100 B.C.A. most successful of the three – extended all the way to the Euphrates River in the Middle East.B. Famous rulers1. Queen Hatshepsuta. took over after husband diedb. first female rulerin history
Famous rulers (cont.)
Amenhotep ll – changed name to AkhenatonA. changed religion from polytheism to monotheism.B. new name Akhenaton is in reference to the sun god which is now the only god (very controversial)King TutankhamenA. Amenhotep’s nephewB. Restored polytheism to EgyptRamses ll(the great)A. famous as strong military leaderB. Known as the most accomplished pharaoh (lived over 90)C. empire declined after his deathCleopatraA. the last of the Pharaohs well after the end of the Old Kingdom(31 B.C.)