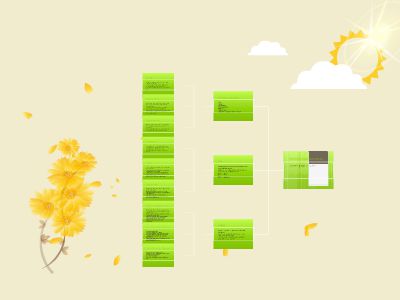 Elements of Narrative Writing
Choice Writing Assignment Quarter 1
The Seven Elements:
PlotSettingAtmosphereCharacterizationThemePoint of ViewFigurative Language &Literary Devices
Plot
What happens in the story; the events that occur from beginning to end.All plots have a conflict, which is a struggle between forces. Common conflict choices are:Human vs. HumanHuman vs. NatureHuman vs. SocietyHuman vs. Him/Herself
Setting
The WHEN and WHERE the story occurs (time and place).Place: The geographical location; where does the action of the story take place?Time: When is the story taking place? (historical period, time of day, year, etc.)
Setting
Weather Conditions: Is it hot and sunny? Rainy and cold? Snowing, etc.Social Conditions: What is the daily life of the characters like? Does the story mention mannerisms, clothing ,dialect, etc. of a particular place?
Characterization
Protagonist: The main character or “hero” of the story. The character whose actions form the basis of the plot.Antagonist: The character who opposes the protagonist and/or creates obstacles for him/her. Also can be the forces that work against protagonist's success (ex. Protagonist’s own character flaws/traits)
Characterization
Dynamic (or Round) Character: A character that changes throughout story; is complex and has many sides.Static (or flat) Character: A character that never changes throughout the story; is one-sided.
Atmosphere
Atmosphere or Mood: The feeling the created during the story. Is it bright and cheery, or dark and frightening? This element can stay throughout the story or evolve over time and change.
Theme
The main point or central idea around which the story is focused.Can be a statement about life or human nature that is explicitly conveyed or implied.Can be the author’s message or central insight the he/she is trying to communicate through the story.Like a moral to a story.Examples: love, hate, betrayal, friendship, etc.
Point of View
Position or positions from which a literary work is told to the reader.First Person Narration: Uses “I”, “me” , “my”, etc.Told from the perspective of the narrator speaking directly about him/herself.Third Person Narration: Uses “he”, “she”, etc.Told from the perspective of an outside narrator who Is not a character within the story.
Figurative Language & Literary Devices
Figurative Language: The use of words to affect a meaning other than the usual or literal meaning of those words.Literary Devices:a technique a writer uses to produce a special effect in theirwriting.irony, imagery, metaphor, pun, oxymoron, hyperbole, analogy, personification, paradox, simile, cliché, alliteration, onomatopoeia, allusion, assonance, euphemism, idiom, consonance, flashback, foreshadowing.
Requirements of Your Narrative
Plot-onecommonplotevident.Setting-place and time well established.Characterization-includes a protagonist and antagonist; more points will be given for dynamic characterization.Atmosphere/Mood-established early and continues throughout story.Theme-reader should easily be able to identify at least one major theme to the story.Point of View-FIRST PERSON ONLY!
Requirements of Your Narrative
Figurative Language & LiteraryDevices-Need to have AT LEAST 2 different literary devices used at least3times correctly in your story.More devices=more points!!Narrative may be nonfiction (true story) or fiction (not true).