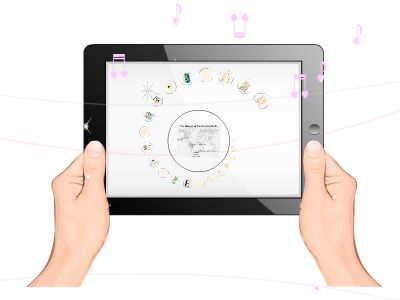 1. Plate Tectonics defined.
3.  Alfred Wegener and Continental Drift.EvidenceTheoryOutcome
2.   What did Plate Tectonics replace?
The History of Continental Drift
Plate: The Earth’s crust consists of a number of mobile plates, masses of crust that move independently of adjacent plates.
Tectonics:dealing with structural features of the Earth (e.g., mountains, ocean basins).
Plate Tectonics:The process that involves the interaction of moving crustal plates and results in major structural features of the Earth.
A unifying theory in geology that explains a wide range of geologic phenomena.
What did the modern theory replace?Diastrophism: early term for all movement of the Earth’s crust.
Thought to result in the formation of mountains, ocean basins, etc.
Contracting Earth TheoryTheory that the Earth contracted or shrank over geologic time.
·Shrinking resulted in a reduction in the Earth’s diameter while the circumference remained unchanged due to folding and buckling of the crust (diastrophism).
First proposed by Giordano Bruno (16thC) who compared the process to the drying of an apple.
Lord Kelvin (19thC) suggested that contraction was due to cooling of the Earth.
The problems with this mechanism:
Fossils are preserved in rocks that represent organisms that could not withstand the early temperatures.
Initial temperatures required for the amount of contraction were too high to be realistic.
Other mechanisms of contraction:
Extrusion of molten rock from within the Earth (like a tube of toothpaste).
The amount of extrusive rock present is not enough to explain the crustal shortening that would be needed.
Chemical shrinkage (1920s)
a) Decay of elements within the Earth to Helium which then escapes to the atmosphere.
b) Combination of elements within the earth to form denser elements.
Neither process is known to take place!
Contracting Earth Theory:Widely accepted but a scientific house of cards.
Continental Drift
First evidence: The jigsaw fit of the outline of the continental margins.
Frances Bacon (1620): while reviewing the first maps of the coastlines of Africa and South America noted that the outlines of the continents appear as if they could fit together.
In 1858 Antonio Snider-Pellegrini made the following “before and after” maps of South America and Africa.
This “jigsaw” fit of continental margins is best when the outline is the edges of the continental shelves.
Frances Placet (1668) was the first to suggest that the continents were actually fixed together as suggested by their outlines.
Suggested that the continents had been torn apart by the biblical flood.
Born:Germany, 1880PhD:AstronomyProfession:Meteorologist andGreenland Explorer.Died:1930
Alfred Wegenerbecame the “father of continental drift” by amassing considerable supporting evidence that the continents moved over time.
In 1915 Wegener published his work in The Origin of the Continents and Oceans.
Wegener’s Evidence:
The presence of fossils only over small areas of now separate continents (how did they get from continent to continent?).
Paleoclimate evidence
In the modern world glaciers are found near the north and south poles.
Deserts are largely found in bands that are parallel to the equator.
Extensive reef complexes lie along the equator.
Desert deposits and reefs that are several hundred million years old are found in bands that suggest the equator was oriented as shown on the left.
If we assume that the poles and equator are fixed, the continents must have been in different positions as shown on the left.
Glacial deposits, including structures that indicate ice flow, direction are located in ancient rocks as shown on the left.
Wegener suggested that the pattern formed with continents together at the south pole.
Ancient “cratons” within continents match up when they are brought together like a jigsaw puzzle.
Earth features not consistent with a shrinking earth, including:
The distribution of surface elevations.
The distribution of mountain belts: not randomly distributed as would be expected for a shrinking Earth.
Wegener’s Conclusions:
1. That the continents were once joined. Therefore, they must have moved apart over time.
2. Contracting Earth theory was not consistent with the facts.
Wegener proposed a mechanism for continental drift: pushing of the continents by gravitational forces that derived from the sun and the moon (similar to tides).
Wegener’s ideas were strongly challenged by the scientific community.
They suggested alternative interpretations of his paleontological data:
Paleoclimate evidence was explained movement of the poles rather than the continents.
Other evidence was refuted as being “coincidence” or just being incorrect.
Errors in Wegener’s data led to easy arguments against some conclusions.
He had predicted the North America and Europe were moving away from each other at the rate of 250 cm/year……an impossible rate.
(we now know that they are moving apart at a rate up to 3 cm per year)
The second Biggest problem: the mechanism that Wegener proposed was impossible and easily demonstrated to be so.
By 1930 there were few geologists who believed Wegener’s hypothesis.
He died while on an expedition to Greenland, two days after his 50thbirthday.
Over the next 20 years any suggestion of moving continents was received with strong opposition.
In the 1950s evidence from the geological record of the Earth’s magnetic field began to strongly suggest exactly such movement.
The biggest problem was that Wegener’s ideas were contrary to the dogma of the day.