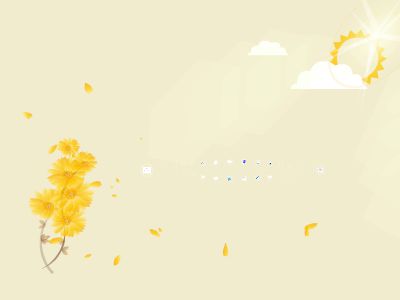 Different perspectives
… for different needs
29/ 49
© R.A. Navarro
Alternate Perspectives / Alternate Frameworks
Five alternate frameworks have significant followings in the business and academic areasARISZACHMANDoDFEATOGAF
© R.A. Navarro
Architecture of Integrated Information Systems (ARIS)
Process View / Function ViewData viewOrganizational ViewOutput ViewControl View
Process View
© R.A. Navarro
Zachman Framework, Cont.
A framework for the orderly description of an enterprise … Created by John Zachman at IBM / Now in the public domainSix Focus Areas-- What -- How-- Where -- Who-- When -- WhySix perspectives-- Planner -- Owner-- Designer -- Builder-- Subcontractor -- User
© R.A. Navarro
Zachman Framework,Cont.
Business Rules
Abusiness ruleis a rule of a business, company, or corporation. It is a rule that defines or constrains some aspectof business andalways resolves to either true or false. Business rules are intended to assert business structure or to control or influence the behavior of thebusiness.Business rules describe the operations, definitions and constraints that apply to an organization. Business rules can apply to people, processes, corporate behavior and computing systems in an organization, and are put in place to help the organization achieve its goals.Wikipedia.net
Business Rules, Cont.
For example a business rule might state thatno credit check is to be performed on return customers.Otherexamples of business rules include requiring a rental agent to disallow a rental tenant if their credit rating is too low, or requiring company agents to use a list of preferred suppliers and supply schedules.
Business Rules, Cont.
A business rule is a statement that defines or constrains some aspect of the business. It is intended to assert business structure or to control or influence the behavior of the business. The business rules that concern the project are atomic -- that is, they cannot be broken down further.For our purposes, this may be viewed from two perspectives. From the business ('Zachman row-2') perspective, it pertains to any of the constraints that apply to the behavior of people in the enterprise, from restrictions on smoking to procedures for filling out a purchase order. From the information system ('Zachman row-3') perspective, it pertains to the facts that are recorded as data and constraints on changes to the values of those facts. That is, the concern is what data may, or may not, be recorded in the information system.Businessrulesgroup.com
Looking Forward
Identify the business rules associated with circulation at the UMSL library.DUE: January 30.
Looking Forward
Do something creative. Document it.DUE: February 4.
Looking Forward
Writeabout your thoughts on not-for-profit organizations. In particular, you need to reflect on why not-for-profit organizations exist, what different kinds there are, and their role society. Finally, discuss any volunteer work you have done for any kind of not- for-profit organization.DUE: February 20.