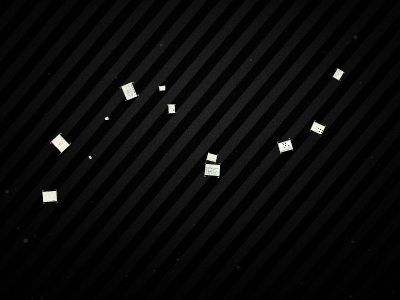 EGYPT
6THGRADE SOCIAL STUDIES
LAND-MAJOR AREAS
Nile River ValleySinai PeninsulaDeserts
NILE RIVER VALLEY
Lifeline of Egypt is the Nile River.Nile River supplies 85% of the country’s water.The Nile River is 4,180 miles in length.
SINAI PENINSULA
Sinai Peninsula lies southeast of the Nile Delta.Major crossroads between two continents-Africa and Asia.
DESERTS
DESERTS
Most of Egypt is desert.2 deserts occupy most of Egypt: Libyan and Arabian.The Libyan desert covers two-thirds of Egypt’s land area.The Libyan and Arabian deserts are parts of the Sahara desert, one of the largest deserts in the world.
ECONOMY
Since the 1950’s the Egyptian economy has grown considerably.Two areas that influence the economy the most are Agriculture and Industry.
AGRICULTURE
4% of Egypt’s land is used for farming.Best farmland is along the fertile Nile River valley.Most farmers have small plots of land.Cotton, dates, vegetables, sugarcane, and wheat.Irrigation, modern tools, and farming methods from their ancestors are used to help them.Cotton is Egypt’s leading agricultural export.
INDUSTRY
Largest industrial centers are the capital city of Cairo and the seaport of Alexandria.Industries were aided by the creation of the Aswan High Dam.Aswan High Dam provides hydroelectric power from moving water.The Dam also allowed farmers, or fellahin, to produce more than one crop a year.
INDUSTRY-CONTINUED
Egyptian factories produce mainly food products, textiles, and consumer goods.Consumer goods/ household goods include clothing, shoes, and everyday common items.Oil ranks as the country’s most important natural resource and a major export.
PEOPLE
Most Egyptians live within 20 miles of the Nile River.99% of Egypt’s population live on only 3.5% of the land.43% of Egypt’s people live in rural areas.Rural farmers are called fellahin.Most farmers rent their small plot of land.Farmers raise enough crops to feed their family. Anything left over they take it to sell at the market, or bazaar.Egypt’s large cities offer a different kind of life.Cairo is Egypt’s capital.11 million peopleCities life is increasing for two reasons.Egypt has a high birthrate.Many farmers move from rural areas to the cities to find work.
INFLUENCES OF THE PAST
Egyptians has a long and fascinating history.Pyramids, pharaohs, kings, and hieroglyphs.HIEROGLYPHS, or picture symbols, were used by the Egyptians for writing.
DEFINITION
HIEROGLYPHICS- PART OF THE EGYPTIAN ALPHABET USED TO COMMUNICATE MESSAGES.
HIEROGLYPHIC ALPHABET
CARTOUCHE
CARTOUCHES FOR KINGS OF EGYPT