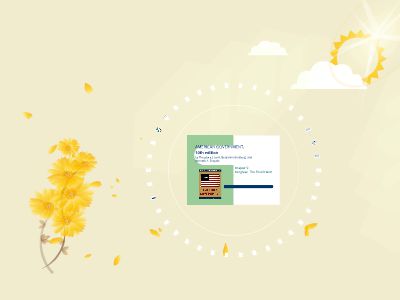 “Ambition must be made to counteract ambition.”—Federalist 51
Unlike parliamentary systems in which the legislature generally supports the recommendations of the prime minister, America’s separation of powers framework gives Congress incentives to compete with the president.

Still, a trade-off exists between Congress’s representative functions and its legislative functions.As “the people’s branch,” Congress must balance its unique governing responsibilities with its institutional duty to represent the American people and the political reality that members of Congress want to get reelected.
Functions of Congress- Representation- Legislation- Oversight
Goals of Members- Reelection- Public policy- Political influence


The institutional functions of Congress and the individual goals of members are connected.

Additionally, thebicameralnature of Congress and the differences between the House and the Senate mean that there are important differences between the two chambers in how they perform their institutional functions and how House members and senators perceive and pursue their goals.
The Representative Function and the Reelection Goal
Congress was designed to be a locus of representation where varying individual viewpoints as well as private and community interests could be voiced.Members of Congress balance efforts to represent individuals, groups, and their districts (and, in the case of senators, their states).

The size of the average House district has changed dramatically throughout American history.In 1789, the average representative had a constituency of 30,000; now it is 550,000.
Senate representation has changed dramatically as well.In 1789, senators were selected by state legislatures rather than the people; the Seventeenth Amendment provided for the direct election of senators in 1913.

Despite these differences, in both chambers,reelection is theprimary goalof members of Congress.This is the case because without winning reelection, members of Congress will not have the influence in politics, nor will they be as able to achieve their policy goals.
Congressional incumbents in both the House and Senate enjoy distinct advantages in elections.
Competitive Advantagesname recognitionfundraising advantagesmore media coverageAdvantages of Officefree mailing to constituentsproviding caseworkbringing legislative projects to the district

By raising large amounts of “early money,” senators and House members can deter strong challengers who might unseat them.

Do you want your representatives in Congress to be trustees or delegates? When and why?How do you think incumbency advantages in campaign finance and early money affect members’ representation styles? How might these affect the representative nature of Congress as an institution?
There are important differences between the House and the Senate in how they make legislation.
The House435 members representing narrow constituenciesmore organized, with centralized authoritymembers have a greater degree of policy specializationgenerally quicker to act
The Senate100 senators representing broader, statewide constituenciesless organized, more individualisticsenators tend to be “generalists”more deliberative

The basic congressional organization of legislative parties is maintained through gatherings of all Republicans and Democrats. Republicans call such gatherings apartyconference; Democrats call it acaucus.These party organizations, the top leaders they select (Speaker, floor leaders, whips), and partisanship are strong in both chambers but tend to be stronger in the House than the Senate.

Congress is also organized by a system ofstanding committeesthat propose, research, and write legislation.Committees enjoy influence due to:legislative expertisejurisdiction over policy areasprocedural advantages over the committee’s legislation
Stages of the Legislative Process
I. Bill Introduction and Committee ReferralWhen members introduce legislation, it is referred to acongressional committeethat has jurisdiction over that policy area.That committee (and possibly a relevant subcommittee) will study the bill, bring in witnesses, debate it, and vote whether or not to report it out.

II. Floor AccessOnce reported out of committee, legislation then must be scheduled onthe floor.
In the House, theRules Committeeissues a “rule” for consideration of the bill that governs the time allotted for debate and the potential for floor amendments.In the Senate, consultation between the Senate’s majority and minority leaders generally determines the Senate’s floor schedule.

III. Legislative PassageLegislation generally must pass with a majority vote on the floor. In the Senate, it sometimes requires a three-fifths vote to pass legislation.

IV. Conference StageOnce passed by the House and Senate, the two chambers’ different versions of the legislation must be reconciled. Often this happens inconference committee.Both chambers must approve any changes made in conference.

V. On to the White HouseIf both chambers approve, the bill is then sent to the president for a signature or veto.If the president vetoes the legislation, it can be overridden by a two-thirds vote of each chamber.
“I’m just a bill…”
http://www.youtube.com/watch?v=mEJL2Uuv-oQ
The Oversight Function and Legislator Influence
Within the House and Senate, the influence individual legislators enjoy is tied to the positions they hold within the committee system or in the party leadership hierarchy.
Still, members’ goals for influence in Washington are also tied to the overall influence Congress enjoys in separation of powers conflicts.

In addition to legislating, Congress plays important roles in the separation of powers:oversightadvice and consentimpeachment

“In a republican government, the legislative authority necessarily predominates.”—James Madison,Federalist 51The Constitution sought to limit congressional power through:1. bicameralism2. strengthening of the executive branch

Strong parties in the 19th and early 20th centuries coincide with an era of congressional dominance in American politics.The weakening of parties after the Progressive Era and throughout the 20th century coincides with the rise of presidential power relative to Congress.

Partisan resurgence toward the end of the 20th century helped Congress compete with presidents in the 1980s and 1990s.The first Congresses of the 21st century continue this trend toward greater partisanship and party control in Congress.

In contemporary politics, Congress neither dominates nor is subservient to the presidency. From one year to the next, Congress continues to compete in the separation of powers while still performing its institutional functions and meeting the goals of its members.

Whereas President Bush had governed since the 2002 elections with a Republican-controlled Congress, the Democratic takeover of the House and Senate in the 2006 midterm elections promised increased interbranch conflict.

The new Democratic House Speaker, Nancy Pelosi of California, and Senate majority leader, Harry Reid of Nevada, have used their increased media profiles to criticize the Bush administration and call for new directions in the war in Iraq and on other policies.Now that Democrats control both House and Senate committees, their newly empowered chairs gave greater scrutiny and oversight to the Bush administration, and are now working as partners with the Obama administration.