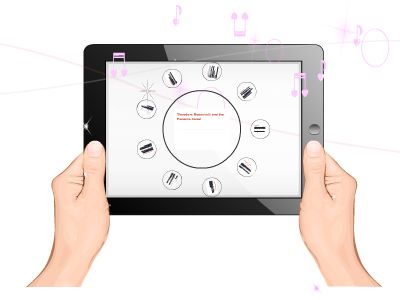 Theodore Roosevelt and the Panama Canal
Beginnings
Born in New York City in 1858 to a wealthy familyStruggled against bad health as a young manFrail, stomach, fever, headaches, couldn’t even blow out a candleBegan strenuous activity to strengthen himselfSwam, boxed, hiked, lifted weights- achieved his goalAdvocate of the strenuous lifestyleIn 1884, his wife and mother died on the same dayRetreated to a 25,000 acre ranch in North DakotaDrove cattle, hunted big game,Remarried in 1886
Entry into Public Life
1889- Appointed by President Harrison as the U.S. Civil Service Commissioner- worked to reform hiring laws within the government1895- Head of the New York Police Department1897- Assistant Secretary of the Navy under McKinley1898- Went to Cuba as a Lieutenant Colonel of the Rough Rider RegimentLed the charge on San Juan hill“Bucky” O'Neill- large portion of this regiment from Prescott and Northern ArizonaRoosevelt was the most conspicuous hero of the Spanish American War
Toward the White House
Upon his return from Cuba in 1898, asked to serve as Governor of the State of New York- accepted1900- nominated to serve as Vice President under William McKinley- accepted and wonSeptember 14, 1901- William McKinley is assassinated and Roosevelt becomes PresidentYoungest President in US History- 42
First Term Focus
“Trust Busting”Believed that the ultra-wealthy capitalists were ‘malefactors of great wealth’Ironic because he belonged to one of the top 20 wealthiest families in the nationWorked towards the dissolution of trusts built by the robber baronsBelieved trusts unjustly restricted trade, although he did not disapprove of big business in generalBroke up over 44 trustsDisliked the arrogance of the business giants like JP MorganSeen as the valiant crusader- fighting the “bad” trusts for the good of the common man
Personal Accomplishments
Incredibly athletic and outspoken, almost frenetic“Steam-engine in trousers”First American to win the Nobel Peace PrizeBrokered a peace treaty between Russia and Japan in 1905Wrote over 3 dozen books in multiple languages on topics ranging from history to huntingWas once shot in the chest, then continued to give an hour long speech before seeking medical attentionWon the election of 1904 by one of the largest popular margins in historyImage carved in Mount Rushmore
Conservation
"In the Grand Canyon, Arizona has a natural wonder which is in kind absolutely unparalleled throughout the rest of the world. I want to ask you to keep this great wonder of nature as it now is. I hope you will not have a building of any kind, not a summer cottage, a hotel or anything else, to mar the wonderful grandeur, the sublimity, the great loneliness and beauty of the canyon. Leave it as it is. You cannot improve on it. The ages have been at work on it, and man can only mar it.”Roosevelt’s passion for the outdoors led him to use his Presidential influence to preserve America’s natural wondersCreated the US Forest ServiceEstablished 51 Bird Reservations, 4 national game reserves, 150 National Forests, 5 National Parks, and 18 National MonumentsTotal: 230,000,000 acres of public land
Foreign Policy
Speak Softly and Carry a Big StickActive in the art of persuadingMustbe willing and able to use force when necessaryTheGreat White FleetBelieved a large and powerful navy was necessary to American security1907 he sent this navy on a world tour to demonstrate our strength
The Panama Canal
First attempted by the French in 1879 after their success with the Suez CanalHeavy rains and disease prevented their 20 year endeavor from succeedingColumbia owned the isthmus and was unwilling to negotiate at the price the US set"You could no more make an agreement with them than you could nail currant jelly to a wall," - Theodore RooseveltThe US engineered a revolution to take place within Columbia, separating and creating Panama, which would now be willing to accept the US proposalSeen as crucial to US securityRoosevelt criticized for stealing PanamaRather than trying to build at sea level, as the French had done, created a system of locks to raise and lower ships as they crossed the 51 mile canalCompleted in 1915Cost 5,400 lives from disease and accidentsCost $387 millionIn 1999, the US voluntarily gave control of the Canal back to the Panamanians
Stepping Down
After his election in 1904, promised that he would not run again in 1908Regretted this for the rest of his lifeDecided instead to hand pick his successor- William Howard TaftDistinctionof being our largest President- 330lbsVery different from Roosevelt, although Roosevelt felt confident that Taft would continue and maintain Roosevelt’s work and reformsAlthoughTaftdid achieve many progressive reforms, Roosevelt wasn’t satisfied- joined the Bull Moose Party to run against TaftSplit the republican vote- Woodrow Wilson Won in 1912After his defeat, Roosevelt traveled the world with one of his sonsHis youngest was killed in World War I- despondencyRoosevelt died in his sleep in 1919 at home