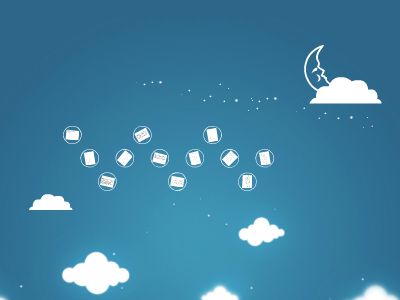 Roots of our DemocracyVocabulary
DemosKratia-people ruleMagnaCarta-Agreement between King John of England and nobles to restrict power of the monarchy (1215)
Erasmus-Dutch Renaissance humanist, Catholic priest, and theologian of early 1500’s who criticized Catholic ChurchMartin Luther- lead reformation of Catholic ChurchJohn Calvin- Theologian, pastor and political reformer during Protestant Reformation who founded self-governing city of Geneva, Switzerland. His English followers were the Puritans.
English Petition of Rights- sets out specific liberties that the king is prohibited from infringing. (1628)English Bill of Rights- defined certain rights to which subjects and permanent residents of a constitutional monarchy were thought to be entitled. (1689)

The Mayflower Compact- The Mayflower Compact was the first self-governing document of Plymouth Colony, Massachusetts, established by Pilgrims (Separatist Puritans)The Great Awakening- Period of religious revival in America which gave colonists a shared national religious experience and spread ideas of self government. (1730-1740)
Jonathan Edwards-a Puritan Minster terrified listeners with his sermon “Sinners in the Hands of an Angry God”George Whitefield- Puritan Minster who used raw emotional sermons to reach all classes of colonists
Enlightenment- A movement in the 1700’s that rejected traditional ways of life and looked for a more rational and scientific way to explain the world we live inJohn Locke-Wrote on Life, Liberty and Property, influenced Jefferson in writing of Declaration of Independence
Thomas Hobbes- English philosopher who wroteLeviathan. Believed humans inherently bad, supported a constitutional monarchyBaron de Montesquieu-believed in separation of powersSeparation of powers-in dividing power, there is less opportunity for abuse.
Jean-Jacques Rousseau–promoted Social contract and Consent of the governedVoltaire- promoted freedoms of speech and religion.
Thomas Jefferson-principal author of the Declaration of Independence (1776) and the third President of the UnitedStates—“Writer in the Revolution”James Madison-Led the writing of theConsitution, writerof Bill of Rights, 4thpresident, “Father of the Constitution”Samuel Adams- He is a leader in the Boston Tea Party and of the Sons ofLiberty—“Instigator in the Revolution”
Benjamin Franklin-Responsible for helping get the French to join the colonies against theBritish—”Negotiator in the Revolution”John Adams- Constitutional lawyer and his intense analysis of historical examples, on Declaration writing committee and second President of the United States –“Thinker in the Revolution”
Thomas Paine–Wrote Common Sense in 1776, a political pamphlet that criticizes the British monarch, supports colonial rebellion and justifies starting a new government—”Advertiserof theRevolution”George Washington—Commander in Chief of the Continental Army, first President of the United States; “Poster Child of the Revolution”