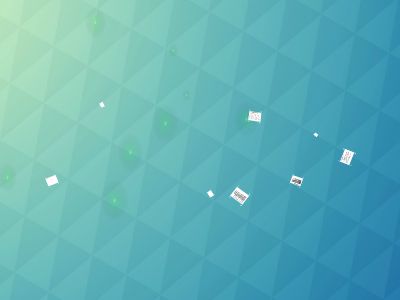 1
A SDB contractor was awarded a $6.2 million contract to construct two buildings in Hawaii that were 300 yards apart and 700 yards from the ocean.The contractor did not visit the site before submitting its bid; rather, it relied upon eight soil borings that were included in the bid package. The contractor presumed that the borings were representative of the site, even though they were all taken at only one of the building sites.The actual conditions at the other building sites were substantially different, resulting in the contractor incurring additional costs for piling, delays and dewatering operations. Consequently, the contractor sought an equitable adjustment for a Type I differing site condition.
Case 1:Buildings in Hawaii
In H.B. Mac, Inc., 153 F.3d 1338 (Fed. Cir. 1998)
Type I Claim Proof
representations of subsurface conditions are indicated in thecontractthe contractor has reasonably interpreted the representations in thecontractthe contractor reasonably relied on the representations in thecontractthe subsurface or latent physical condition encountered is materially different from the representations in the contract;the subsurface or latent physical condition encountered was unforeseeable; andthe additional costs to the contractor are solely from the materially different subsurface or latent physical condition.
2
Youngdale& Sons Construction Co., Inc. v. United States, 27 Fed. Cl. 516 520 (1993).
3 questions to ask:
Did the government/owner make a representation as to the subsurface conditions?If not, how reasonable was it to encounter the actual condition based on the circumstances, and would a site inspection indicate a potential problem?Wasthe unforeseen subsurface condition the actual cause of the additional expenses or delay?
3
Type II Claim Proof
the subsurface or latent physical condition was unknown;the subsurface or latent physical condition was unusual and could not be reasonably anticipated based on a review of the contract documents and site inspection; andthe encountered condition was materially different from those ordinarily encountered and generally expected in the type of work to be performed.
4
Youngdale& Sons Construction, 27Fed.Cl. at 537.
5
Acontractor on a sewer project was required by the contract to install pipe in an open trench above the Genesee River. The contract anticipated that contaminated soil may be encountered and included a provision for containment of contaminants.Afterthe award, the contractor proposed and the county accepted a modification to install the pipe in a tunnel 30 feet beneath the riverbed at no additional cost. Digging the tunnel, the contractor encountered toxic creosote leaking into the tunnel, which resulted in a work stoppage.Thecounty refused to pay for the cost of removal alleging that, by proposing the modification, the contractor assumed the risk of differing site conditions.
Case2: Sewer Project in New York
Reliance Ins. Co. v. County of Monroe, 604 N.Y.S.2d 439 (App. Div. 1993)
6
Acontractor was awarded a Corps of Engineers contract to construct a levee along the Mississippi river in 150 days. The nature of the work required that it be performed from a barge; however, a barge could not be used if the depth of the water was below a certain level (the “low water level”).TheCorps controlled the depth of the water through locks and dams.Bidderswere provided a historical record of the depths of the river in the area where the project was located over a sixteen year period. The records showed that the depth of the water often fell below the low water level for prolonged periods of time. The contractor testified that he did not believe that the Corps would allow the depth of the river to fall below the low water mark during the performance of the project because the contract did not allow any extra time for shut downs.TheCorps dropped the depth of the river to below the low water lever soon after the contractor started work, which resulted in the contractor shutting down its operations for 69 days. The Corps granted the contractor a time extension, but refused to increase the contract price.
Case3: Mississippi River Levee
Meyers Cos., Inc. v. U.S., 41 Fed. Cl. 303 (1998)
7
Are-paving contract required a contractor to accept responsibility for disposal of all removed asphalt. The contractor planned to recycle the removed asphalt, but it later discovered that the existing asphalt could not be recycled because it contained contaminants.Atthe completion of the project, the contractor sought an equitable adjustment for the additional costs to purchase uncontaminated asphalt, alleging that the existence of the contaminants was a Type II differing site condition.
Case4: Pavement Recycling
Martin Paving Co. v.Widnall, 98-1047,1998 WL 670030
8
Asubcontractor sought to recover the additional cost of removing 12,000 feet of rigid ducts and insulation on a renovation project. The specifications required the removal of all existing duct, but the plans did not show these particular ducts.Ceilinggrilles and registers for these ducts were in plain view and the bidding documents indicated that the original drawings for the building were available to bidders.Thesubcontractordidnot realize that the grilles indicated the existence of the ducts, nor did it review the original plans for the structure.Itbrought a pass-through claim against the owner for the recovery of its additional cost of removing both the insulation and the ducts, alleging that they constituted a differing site condition because they were not shown on the renovation plans.
Case5: Duct Work
Hoffman Constr. Co., 40 Fed. Cl. 184
9
Asubcontractor was placing piles on a job and encountered “quicksand-like materials.” The owner’s soil tester’s statement at the pre-bid hearing and his report indicated that the subsurface conditions were dry (i.e., should not encounter “quicksand-like conditions”).Thesoil report contained a disclaimer that “the report is not a warranty of subsurface conditions, nor is it a part of the Contract Documents.”Inpreparing his bid, the subcontractor visited the site and observed drilling on an adjacentlot.
Case6: Quicksand-Like Conditions
MillgardCorp. v. McKee/Mayas, 49 F.3d 1070 (5th Cir. (Tx) 1995)