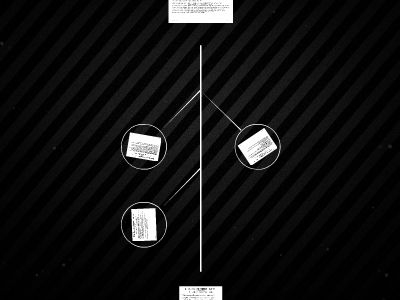 Case 2,policeman1.facts(1)
In 1979, the applicant, at that time an active policeman, was found guilty by the Criminal Court, to have committed a crime by having homosexual contacts with a male person younger than 18. Such contacts were forbidden by Art 209 of the Austrian Criminal Code at that time. The decision (three months imprisonment, suspended on probation) became final and absolute.As a consequence, disciplinary proceedings started before the competent tribunal (which is seen as an administrative authority in the Austrian legal system). The disciplinary tribunal pensioned him off with reduced pensions as a disciplinary measure. This (administrative) decision became final and absolute as well.
Case 2, policeman1. facts (2)
In 2003, ECHR decided (in other cases) that acts of criminal prosecution based on Art 209 of the Austrian Criminal Court violate Art 8 and 14 of the Convention.The mentioned Article was annulled by the Austrian Constitutional Court later.In 2005 the applicant asked the authority to treat him as if the disciplinary decision would not have been taken. That means to pay the higher active salary as a policeman for the time until his 65th birthday (regular retirement age) and from that time on to pay his pension, figured out under the presumption that he had been active until 65.He urges this payment for the time from 2002 onwards, arguing that paying him less is a discrimination on the ground of his sexual orientation.
Case 2,policeman2.applicablelegislation(2)
Council Directive 2000/78/EC establishinga general framework for equal treatment in employment andoccupation, to be transposed into national law until 2nd December 2003art. 1 - purposecombating discrimination on the grounds of religion or belief, disability, age or sexual orientation as regards employment and occupationart. 2 - concept of discriminationno direct or indirect discriminationart. 3 –scopeofapplication(undernationallawpensionsarepartofofpublicservants‘salary, notundersocialsystem)EuropeanConventionon HumanRightsart. 46 –obilgatorycharacterofjudgementsoftheCourt,supervisionofexecution
Case 2,policeman3.questions(1)
1.Did the criminal conviction in 1979 contravene the Convention?2.Did the criminal conviction in 1979 contravene EU-law, in particular Art. 22 FRC or the directive mentioned above?3.Answer questions 1./ and 2./ with respect to thedisciplaryconviction in 1979.4.How would you assess such convictions if they happened now?5. In how farand by which rules did the legal situation change between 1979 and 2005?6.Must legal validity of the decisions mentioned above still be observed, ifa.they contravened theConventionat the time they were adopted;b.they contravened EU-law at the time they were adopted?
Case 2,policeman3.questions(2)
7. What do you think about the impacts of changes in the legal situation according to question 5. on legal validity in our case?8. What would be the consequences in your country if you come to the result that upholding the consequences of the convictionsa. contravenes the Conventionb. contravenes EU-law?