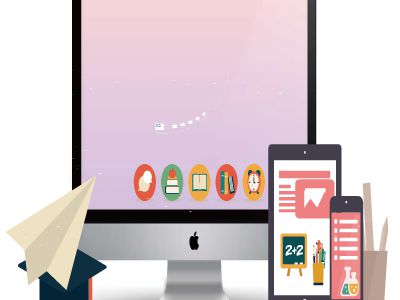 Competitors and Competition
Class 4
What is competition
“The activity or condition of striving to gain or win something by defeating or establishing superiority over others.”Who are my Competitors?I am a TataNanoI am a small grocery shopI am an architectI am the Ceylon Electricity BoardI am a Chinese Restaurant
Who are competitors?
“Competitors are the firms whose strategic choices directly affect one another”Direct CompetitorsIf Mercedes reduced their prices on their sports coupe, then BMW will have to decide what their response is going to be.Indirect CompetitorsIf Mercedes reduced their prices on their jeeps, thenAccurawill have to reduce their prices. This might affect Jeep Grand Cherokee.
Can companies compete for labour? What happens to the price of labour when a new factory moves into a small town
Antitrust
Antitrust agencies are responsible for preventing anti competitive conduct. (i.e. Monopolies)U.S Department of JusticeEuropean CommissionThe first step in identifying a monopoly is to develop a guideline for market definition.To do this economists have come up with the term SSNIPSSNIP – Small but Significant Non-transitory increase in price
SSNIP TEST
The SSNIP test seeks to identify the smallestrelevant marketwithin which a hypothetical monopolist or cartel could impose a profitable significant increase in price.The application of the SSNIP test involves interviewing consumers regarding buying decisions and determining whether a hypothetical monopolist or cartel could profit from a price increase of 5% for at least one yearFor example if Audi and BMW merge and decide to increase price would they make 5% additional profits per year? If they would make 5% additional then it would reduce competitiveness meaning the merger should be blocked.
Case Study Coca Cola acquiring Dr. Pepper
Coca Cola a company that had 40-50% market share of the carbonated beverages segment tried to “acquire” Dr. Pepper which had the 4thhighest market share.The Federal Trade Commission took Coca Cola to court stating that it would increase Coke’s market share by 4.6% which would mean that the merger would significantly reduce competition.In their defense Coca Cola attempted to define the relevant market as all beverages including “tap water”.Do you buy Coca Cola’s argument?Explain your answer.
Measuring market structures
What are the four market structures?Market Structure refers to the number and distribution of firms in a market.N-firm Concentration RatioThis gives the combined market share of the N largest firms in the market. For example the 5 form concentration ration in the UK pesticide industry is .75.This means the 5 largest pesticide firms in the UK control 75% of the market.
HerfindahlIndex
Problem with the N-Firm ratio is if one firm gets 10% additional market share from the 2ndfirm it won’t get reflected in the model.For example: Case 1: All six of the largest firms produce 15% each.Case 2: The largest firm produces 80% and the next five largest firms produce 2% each.The six-firm concentration ratio would equal 90% for both case 1 and case 2.This is resolved in theHerfindahlindexWheresiis the market share of firmiin the market, andNis the number of firms. Thus, in a market with two firms that each have 50 percent market share, theHerfindahlindex equals 0.502+0.502= 1/2.So a monopolist would have 100% market share – 100*100 = 10,000In perfect Competition – you would have 0% (close to) market share – 0 * 0 = 0
Perfect competition
There are many sellersConsumers perceive that the product to be homogenousThere is excess capacityWhen a firm reduces its price the sales increase can come from 3 different sourcesIncreased sales from the firms existing customers.Sales to customers from competing firms who are price sensitiveSales to customers who were not planning on purchasing due to high prices.
monopoly
Monopoly Power is the ability to act in an unconstrained way.Increasing PriceReducing QualityMonopolist profits can come at the expense of consumers. Therefore policy makers often propose reining in the monopolies through high taxes or aggressive anti trust enforcement.Others argue that monopolies often result when firms discover more efficient manufacturing techniques or create new product that fulfill unmet consumer needs.Luxxotica(80% of the eye glasses in the world)Unilever – 400 name brands – their business is not manufacturing but buying up smaller companies that doYKK zips – all good clothes the zips come from this Japanese company. They produce over 7 billion zips every year.Google 71% of all searches are done on Google
MonopolisticComptetion
There are many sellers but one persons strategy won’t affect the others.Each seller offers a differentiated product.Profits attract entryEntry will continue till no more profits are available.
Oligopoly
Firms react to one another's price changes. Answer:Bertrand Competition:Is a Model were firms compete on price, which naturally triggers the incentive to undercut competition by lowering price, thereby depleting profit until the product is selling at zero economic profit..CournotCompetition:Is a model (Oligopoly the model was built on Duopoly) where a firm competes in the Oligopoly market on quantity, maximizing profit given what it believes the other firm(s) will produce. Profit for the firm is maximized by setting its marginal revenue equal to marginal cost and determining it's quantity relative it's rival. There is no competition on price here.Bertrand is a model that competes on price whileCournotis model that competes on quantities (sales volume).