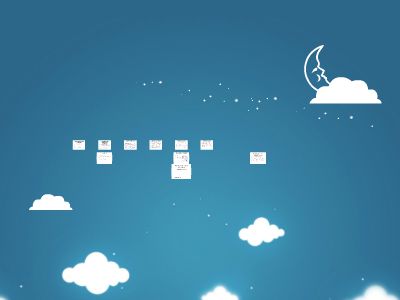 Words and Phrases Coined by FamousAuthors
Adrijan Hristovski
Coin (v.)
make (coins) by stamping metalearn a lot of (money) quickly and easily (informal – British)but more importantly;invent (a new word or phrase)
The Coining of Coining
Contemporary usage:19thcentury– the term “coin a phrase” is first recorded (American origin)20thcentury– the term is often used ironically to introduce a banal or clichéd sentiment (e.g. “It takes all sorts to make a world, to coin a phrase” – Brett Young, Mr. Lucton’s Freedom, 1940).
Original usage:14thcentury– derived from coin (wedge-shaped dies used to stamp blanks, creating money, also called coins).16thcentury– associated with language-related inventions (the creation of coins had been debased)
Shakespeare - The Original Coiner
It is said that the English language owes more than 1700 common words to Shakespeare.However, it would be more realistic to say that most of them were first recorded in Shakespeare’s works,and not that Shakespeare single-handedly invented thousands of words.Part of these numerous words are conversions (nouns – verbs, verbs – adjectives) and compounds, although some of them are completely original.
A Part of Shakespeare’s Contribution
As merry as the day is long – used with the meaning of ‘very merry’ in Shakespeare’s Much Ado About Nothing.All that glitters is not gold – used with the meaning of ‘not everything that is superficially attractive is valuable” in Shakespeare’s The Merchant of Venice.Mimic – Ancient Greek (non-speaking performer in a drama); came into English as “mima” or “mime”, Shakespeare coined the term “mimic” in A Midsummer Night’s Dream.Gloomy – originally a verb from a Norwegian dialect meaning ‘to look sullen’ which became an English noun meaning ‘darkness’ ; Shakespeare offers it as an adjective in Titus Andronicus
An Unlikely Part of Shakespeare’s Contribution
Assassination– used during Shakespeare’s youth.“…but where all treason, conspiracy, insurrection, assassination, empoisoment and utter destruction to the state is meant…”—Sir Thomas Smith, "Letter to Dr. Wilson," 11 April 1572Uncomfortable– used in a letter decades before Shakespeare’s birth.“She…hathnot been accustomed or brought up in any such affairs or uncomfortable business, but after the homely fashion of the country.”—George Talbot (Earl of Shrewsbury), letter to Thomas Cromwell, 29 May 1534
A Notable Poetic Coiner
Unlike Shakespeare, Samuel Taylor Coleridgecertainlycoined a number of words which are frequently used today. In fact, the meaning of most of these words has remained relatively the same as when they were coined.Among Coleridge’s coins are words such asactualize(The Friend),impact(Biographia Literaria),intensify(Biographia Literaria),narcissism(Letter),relativity(Notes on Waterland’s Vindication of Christ’s Divinity), andsoulmate(Letters, Conversations, and recollections of S.T. Coleridge)
Acceptance and Denial
Certain coined words are never accepted as common words. This is the case with most coins of James Joyce and some of Charles Dickens’, which have remained relevant only within the context of their works. One such example ispelurious, meaning furry or hairy.Boredom, however, is one of Dickens’ coins which ended up being widely used.On the other hand, coins such asfreelance(Walter Scott) anddoormat(Charles Dickens) are so widely used that it is hard to imagine that they were once coined too.
20thCentury Coins
Blurb – coined by the humoristGeletBurgess, with the meaning of”shortdescription of a book, film, or other product written for promotional purposes.”Debunk – coined by the novelist William E. Woodward, with the meaning of “disproving fraudulent claims.”Doublethink – coined by the novelist George Orwell, with the meaning of “the acceptance of contrary opinions or beliefs at the same time”Workaholic – coined by the psychologist Wayne E. Oates with the meaning of “a person who compulsively works excessively hard and long hours”
20thCentury Coins
Dreamscape – coined by the author Sylvia Plath, with the meaning of”alandscape or scene with the strangeness or mystery characteristic of dreams.”Grok– coined by Robert A. Heinlein, with the meaning of “to understand something intuitively or by empathy”Cyberspace – coined by William Gibson, with the meaning of “the notional environment in which communication over computer networks occurs”