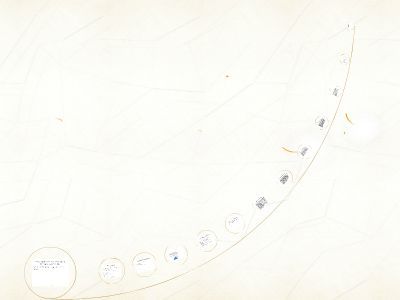 Preparing for the Critical Reading and Writing Skills on the PSAT
September 30, 2012 through October 11, 2012
D. Sibley, September 2012
PSAT Test Formattaken from Barron’s PSAT/ NMSQT, 2012
The PSAT/NMSQT is preparation for the SAT, and is generally given in October. It differs from the SAT in that it is shorter (2hours and 10 mins.).Sec. 1- Critical Reading 25mins. 24 questions8 sentence completion4 short-reading comprehension12 long-passage reading comprehension1 min breakSec. 2-Math 25mins. 20 questions20 multiple choice20 questions1 min. break
D. Sibley, September 2012
Passive vs. Active Reading
PassiveLeisure readingSkimming for ideasActiveReading for contentEngaging with the textUsing prior knowledgeTaking Notes
D. Sibley, September 2012
Active Reading
Preview the reading materialEstimate the length and level of difficultyClarify your purpose for readingActivate prior knowledgeRhetoricalTriangle andReaderResponseTheory
D. Sibley, September 2012
PSAT/NMSQT Test Format
Sec. 3- Critical Reading 25mins. 24 questions5 sentence completions4 short-paragraph reading comprehension15 long-passage reading comprehension5 min. breakSec. 4- Math 25mins. 18 questions8 multiple-choice10 student-produced response (grid-in)1 Min. breakSection 5- Writing Skills 30mins. 39 questions20 improving sentences14 identifying sentence errors5 improving paragraphs
D. Sibley, September 2012
Using Context Clues to Help Define Words and Phrases and BuildYour Vocabulary
Let’s look at the Types of Context Clues
D. Sibley, September 2012
Definition Context Clues
You will see questions on the PSAT that may ask you for the meaning of a word and the passage may contain a definition of the word you are being asked to define. For example:“A distinctive perspective is central to the discipline of sociology, which is defined as the scientific study of human social activity.”“Words take on meaning from their context, that is, they are used in conjunction with other words in the sentence and surrounding sentences.”“Like terms are terms that have the same variables with the same exponents.”
D. Sibley, September 2012
An Example Context Clue
You may encounter a question that asks for the meaning of a word, and several examples of the word are included in the passage to help lead you to a definition:“Macionishelps us understand the term subculture. Teenagers, Polish-Americans, the homeless, and “southerners” are all examples of subcultures.”
D. Sibley, September 2012
An Explanation Context Clue
Some passages may include an explanation of the term to help you define the term.“The psychologist set up the experiment to test the rat’sadaptability; he wished to see how well the rat adjusted to the changing conditions it had to face.”
D. Sibley, September 2012
An Opposite Term Context
You may find the opposite meaning of a term included in the passage that may help you define the term:“ In general, people emigrate to from countries where they have limited prospects for earning a living, and they migrate to countries where they believe that economic opportunity awaits them.”Most birds of prey hunt by day; owls; however, are nocturnal.”
D. Sibley, September 2012
A Punctuation Context Clue
Sometimes, writers use punctuation marks (dashes, colons, parentheses, or commas) in a passage to lead readers to the definition of a term.“A composer often provides a marking for tempo, or overall speed, to help convey the character of a composition.”“In a sense, there is no single cause for war, but a myriad.”
D. Sibley, September 2012
Using Parts of the Word to Help Define It
We add prefixes and suffixes to root words to change word meanings, or make new words.When you are taking the PSAT, you can look at the root word to help you determine the meaning of a word, if the passage does not include context cluesFor example, lets look at the word perihelionPerifrom the Greek meaningnearandheliosfrom the Greek meaningthe sun, so theperihelionis the point in the orbit of aplanet,asteroidorcometwhere it is nearest to thesun. (taken from Wikipedia)***Obtain a list of common root words, suffixes, and prefixes.
D. Sibley, September 2012
Using the Dictionary to Help Build Vocabulary
You may be required to define a term that does not include context clues in the passage and cannot be defined by looking at its root word, prefix, nor suffix.It is important to get a list of words commonly used on the PSAT/SAT (high-frequency words) and learn their definitions. You can go towww.collegeboard.comto get words and their definitions daily, or you can obtain a list from the website.I would suggest putting the words and their definitions on flashcards the old-fashioned way, or create electronic flashcards, and make a game of it!!!
D. Sibley, September 2012