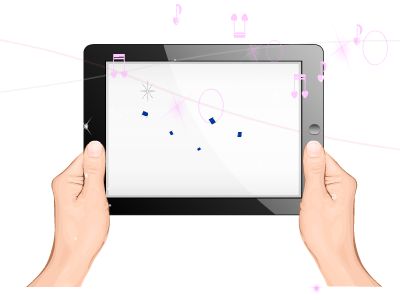 Moral Theory
Anexplanationof why an action is right or wrong or why a person or a person’s character is good or badTells us what it is about an action thatmakes it right
Moral Theory cont.
Moral theories alone arenot the ultimate authority in moral deliberations.Moral deliberations involve both the general and theparticular—theory, principles, and considered judgments.
Moral Theory cont.
Consequentialist/Teleologicaltheory—Asserts that the rightness of actions depends solely on their consequencesCategorical/Deontologicaltheory—Asserts that the rightness of actions is determined partly or entirely by their intrinsic value
Moral Criteria of Adequacy
Criterion I: Consistency with our considered moral judgmentsCriterion II: Consistency with the facts of the moral lifeCriterion III: Resourcefulness in moral problem-solving
Utilitarianism
“Greatest Happiness/Pleasure for the Greatest Number”
Jeremy Bentham(1748-1832)
“Nature has placed man under the governance of two masters,painandpleasure.”Theonlything intrinsically good is pleasureTheonlything intrinsically bad is pain
Principle of Utility:
“Theprinciple which approves or disapproves of every action whatsoever, according to the tendency which it appears to have to augment or diminish the happiness of the party whose interest is in question.”May be paraphrased simply as “The greatest good for the greatest number.”
“Calculus of Felicity/Hedonistic Calculus”
Intensity: How strong is the sensation (of pain or pleasure)?Duration: How long does the sensation last?Certainty: How clear and distinct is the sensation?Propinquity: How soon will it be experienced?Fecundity: What other sensations of pleasure/pain will follow?Purity: How free from pain is the pleasure, and vice versa?Extent: How many persons will be affected by it, one way or the other?
Nozick’s“Experience Machine”
The thought experiment is an argument against hedonism, i.e. the position that good is to be defined in terms of pleasure alone.Argues that “what matters” includes more than simply having an experience, we wish todocertain things andbea certain way, and hedonism doesn’t fully answer the question of motivation/what matters. Thus hedonism is insufficient.
J.S Mill(1806-1873)
Mill’s version of Utilitarianism seeks to respond to charges that Bentham’s moral system is a “pig philosophy,” i.e. base pleasures trump all.Seeks to distinguish “happiness” from mere sensualpleasure, so for Mill “good” in the principle is equated with happiness.Notes that there is a qualitative difference between pleasures, and this fact must be factored in if one is to try to distinguish goods based upon ability to produce happiness.This distinction makes it difficult to apply a “hedonistic calculus” as Bentham envisioned due to difference in values of opposing “pleasures.” What is required are competent judges who can rule between competing pleasures.
“Rule-Utilitarianism”
Many examples can given where an act might be morally justified on an act-based system ofconsequentialism, but that would fail a test for overallutility, e.g. “Bob for spare parts.”Thus it seems the best way to salvage consequentialism is to argue for a rules-based system, where the rules guiding action are in place to maximize utility.“Each act, in the moral life, falls under arule; and we are to judge the rightness or wrongness of an act, not byitsconsequences, but by the consequences of itsuniversalization– that is, by the consequences of theruleunder which this act falls.