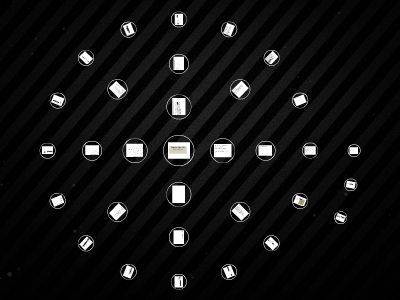 What do the Scriptures say about baptism_

Church of Christ 101A ScripturalBaptism
What do the Scriptures say about baptism?
Church of Christ 101 – BaptismOld TestamentNew TestamentQ: How did they make pickles 2,200 years ago?
Church of Christ 101
Baptismis the immersion of the body in water,re-enactingthe death, burial, and resurrection of Jesus for the remission of sin (Romans 6:1-6; Colossians 2:12-13; Acts 8:35-39; John 3:3-5).Baptismis an act of obedience and faith that puts one into Christ (Galatians 3:26-28).Baptismadds one to the Lord's church (Acts 2:47).Anyone who is taught, believes, is willing to repent, confess their faith and gladly receives the Word is a candidate for baptism.
Baptism in the Old Testament
As a general rule, the Old Testament does not specifically mentionbaptism.However, there are several instances where baptism is used as a type and anti-type (typology).
Noah and the Flood
Genesis 6-9
1 Peter 3:20-21
There is also an antitype which now saves us—baptism (not the removal of the filth of the flesh, but the answer of a good conscience toward God), through the resurrection of JesusChrist
Moses and the Red Sea
Exodus 14
1 Corinthians 10:1-2
Moreover, brethren, I do not want you to be unaware that all our fathers were under the cloud, all passed through the sea,2all were baptized into Moses in the cloud and in the sea
Water of Purification
Numbers 31:23-24…everythingthat can endure fire, you shall put through the fire, and it shall be clean; and it shall be purified with the water of purification. But all that cannot endure fire you shall put through water.
Proselyte Baptism
According to AlfredEdersheim, the Jewish Historian, Appendix XIIIf a non-Jewish person wanted to become a proselyte (convert), three things were required:1) Circumcision2) Sacrifice3) Water Purification – “Proselyte Baptism”
Naamanat the Jordan River
2 Kings 5:10And Elisha sent a messenger to him, saying, “Go and wash in the Jordan seven times, and your flesh shall be restored to you, andyoushallbeclean.”
Luke 4:27
And many lepers were in Israel in the time of Elisha the prophet, and none of them was cleansed exceptNaamanthe Syrian.
Baptism in the New Testament
Baptism, Baptize, Baptized = over 100 New Testament referencesFrom the Greek word “baptizo” ,[Greek NT Lexicon]1) todip repeatedly, to immerse, to submerge (of vessels sunk)2) tocleanse by dipping or submerging, to wash, to make clean with water, to wash one's self, bathe3) tooverwhelm
Baptism is Immersion in Water
John 3:23Acts 8:36Romans 6:4Colossians 2:12Mark 1:9-10
HISTORY2ndCentury – Pouring practiced for those too ill to be immersed1311 AD – Sprinkling and pouring officially allowed by Catholic Church as substitutes for immersion
John 3:23
Now John also was baptizing inAenonnear Salim, because there wasmuch waterthere. And they came and were baptized.
Acts 8:38
So he commanded the chariot to stand still. And both Philip and the eunuchwent down into the water, and he baptized him.
Romans 6:4
Therefore we wereburied with Him through baptisminto death, that just as Christ was raised from the dead by the glory of the Father, even so we also should walk in newness of life.
Colossians 2:12
…buriedwith Him in baptism, in which you also were raised withHimthrough faith in the working of God, who raised Him from the dead.
Mark 1:9-10
It came to pass in those daysthatJesus came from Nazareth of Galilee, and was baptized by John in the Jordan.10And immediately,coming upfromthe water, He saw the heavens parting and the Spiritdescending upon Him like a dove.
Baptism is Commanded
Acts 2:38Mark 16:16Galatians 3:27John 3:5Acts 22:16
Acts 2:38
Then Peter said to them, “Repent,and let every one of you be baptizedin the name of Jesus Christ for the remission of sins; and you shall receive the gift of the Holy Spirit.
Mark 16:16
He who believesand is baptized will be saved; but he who does not believe will be condemned.
Galatians 3:27
For as many of you as werebaptized into Christhave put on Christ.
John 3:5
Jesus answered, “Most assuredly, I say to you, unless one isborn of waterand the Spirit, hecannot enter the kingdom of God.
Acts 22:16
And now why are you waiting?Arise and be baptized, and wash away your sins, calling on the name of the Lord.’
Q:How did they make pickles 2,200 years ago?
A: A Greek physician namedNicanderwrote a recipe about 200 B.C. for making pickles, and used the word “baptizo” and another form of the word “bapto”.
Q:How did they make pickles 2,200 years ago?
Tomake a pickle, the vegetableshould first be'dipped‘ (bapto) into boiling water and then'baptized‘(baptizo) inthe vinegar.Bothverbs concernimmersion.The first, (bapto) istemporary.Thesecond,(baptizo) producesa permanent change.
Moral of the Story
We must experience a permanent change like the pickle –and notjust get wet!
Conclusion
Why be baptized?To wash away sins (Acts 22:16)To become a member of the body of Christ (1 Corinthians 12:13)
Acts 22:16
And now why are you waiting? Arise and be baptized, andwash away your sins, calling on the name of the Lord.’
1 Corinthians 12:13
For by one Spirit we were allbaptized into one body—whether Jews or Greeks, whether slaves or free—and have all been made to drinkintoone Spirit.