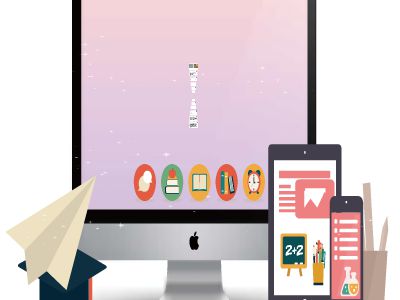 Change and Continuity Over Time Essay (CCOT)
AP World History
AP World History Essays
You will write THREE essays on the exam day:DBQChange and Continuity Over Time (CCOT)Compare and ContrastThey are listed on the test in this order they will NOT identify them as suchTime: 2 hours, 10 minutes10 minutes to read DBQ docs2 hours to write essay (about 40 minutes per essay)
Change and Continuity Over Time Essay
What You Need to Do:Address Changes in Time period(s) and region(s)Address Continuities in Time period(s) and region(s)Be able to demonstrate change over time (What was the topic like in the beginning, middle, and end? And WHY??)Use historical examples and analysis to explain WHY or HOW things change or stay the sameConnect topic of ideas to global events in the same time period about a similar topic (global context statement)
What to Expect – The Question
2008 CCOT: Analyze continuities and changes in the patterns of interactions along the Silk Roads from 200 BCE – 1450 CE2007 CCOT: Analyze major changes and continuities in the formation of national identities in ONE of the regions listed below from 1914 to the presentMiddle EastSoutheast AsiaSub-Saharan Africa
2006 CCOT: Analyze the cultural and political changes and continuities in ONE of the following regions during the last centuries of the classical eraChinese 100-600 CERoman 100-600 CEIndian 300-600 CE2004 CCOT: Analyze the changes and continuities in labor systems between 1750-1914 in ONE of the following regions:Latin America and the CaribbeanRussiaSub-Saharan Africa
What to Expect – Constructing Your Response
Must discuss changes AND continuities in all categories given to youIE: political changes and Cont., cultural changes and cont., etc.Sometimes question will give one or multiple categories of analysis
If categories are not given, you should create your own (this is rare)Based on the question, this should be a 4-5 paragraph response
Constructing Your Response –The Thesis
Required Elements:Time Period(s)Place(s)Topic(s)Example of Continuity with explanationExample of Change with explanationThe Change and continuity mentioned in your thesis must be discussed in greater detail in your body paragraphs!
Thesis Template
When examiningtopic(s)inregion(s)duringtime period(s), several changes and continuities occur. For example a significant continuity inregion/time period/topicwas___________becausehow/why it stayed the same. On the other hand, ___________ changed becausehow/why it changed.
Example of Thesis Statements(Using 2006 Question)
Unacceptable: There were many cultural and political changes and continuities in the Roman empire from 100-600 CE.Acceptable:Between 100-600 CE, the Roman Empire experienced steady decline and eventually a fall, although in the east, the Byzantine Empire kept alive many of Rome’s political and cultural traditions.Excellent:China experienced the fall, absence, and eventual re-establishment of imperial authority due to the invasion of the Huns and the subsequent rise of the Sui Dynasty, while Confucianism pervaded all levels of society throughout the period 100-600 CE.
Constructing Your Response –Body Paragraphs
Thesis ParagraphBody Paragraph 1: Continuities in RegionBP2: Changes in RegionConclusion Paragraph
Thesis ParagraphBP1: Changes and Continuities in Region or Topic 1BP2: Changes and Continuities in Region or Topic 2Conclusion ParagraphCould Break this down into 6 paragraph essay if you think you know enough detail and can analyze well
Outline #1 – Single Region, Single Topic
Outline #2 – Multiple Regions/Topics
Constructing Your Response –Body Paragraphs
Thesis ParagraphBP1: Beginning of PeriodBP2: Middle of Period (w/ emphasis on how changes develop from middle to end)BP3: End of Period (w/emphasis on changes developing and continuities existing)Conclusion
Outline #3 - Chronological
Body Paragraphs – Addressing Change AND Continuity
Always include a topic sentenceAcceptable :Culturally, Rome was polytheistic until Constantine changed the official religion to Christianity in the 4thcentury CE.Excellent:The importance of religion as a politically unifying force holding the allegiance of the Roman Empire’s population remained constant from 100-600 CE, even as their religion changed from polytheism to monotheism by the early 300s.
Body Paragraphs – Appropriate Evidence
Acceptable:As the era of great unrest and political instability came to a close in the Roman Empire, Diocletian split the empire into East and West halves as a last ditch effort to preserve the great Rome.Excellent:Around 100 CE, Rome was at the height of its glory, known as the Pax Romana, due in large part to the infrastructure projects, and legal and economic expansion encouraged by its earlier emperors such as Augustus. However, as time progressed into the 3rdand 4thcenturies, the empire grew too large, with high and uneven taxes that led Rome to be weak to some external attacks by Germanic tribes.
Body Paragraphs
Each of your body paragraphs should contain at least THREE specific points of analysisClearly identify change and/or continuities for region or topicExplain HOW or WHY each change or continuity occurred with SPECIFIC DETAIL
Global Context Statement
Required in all CCOT essays – you cannot move into expanded core if you do not have oneDescription: a connection between the topic/region of the question AND another region in thesame time periodRelate topic to broad world historical patterns or to specific global historical examplesCan go in conclusion or body paragraphs
Global Context Examples
Unacceptable:The Pope of Rome and the Patriarch of Byzantium excommunicated each other leading to the churches that exist today.Acceptable:While there was great cultural division that started with the east-west division of the Roman Empire around 300 CE, China remained culturally united in the Classical Period, despite internal and external threats, due to the strength of Confucianism.