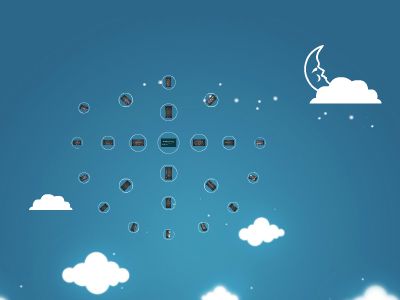 Moralizing Technology
Taylor Monser, Christina Ibarra, andCharlotte Ramos
Do Objects Have Morality?
-Despite objects being inanimate, their intended purpose infuses them with an innate morality-Eg: A speedbump in a residential area protects pedestrians and therefore contains an innate goodness.-Conversely, a gun’s implicit use is to shoot something which conveys an innate badness
Do Objects Have Morality? (Cont.)
-Humans designate the mortality of an object when its implicit usage becomes clear (such as the placement of the speedbump)-Humans directly control the morality of an object-Likewise, an object can directly influence the mortality of a human-Eg: A human can create a weapon which is implicitly bad; this weapon enables the human to commit acts that are bad
Do Objects Have Morality? (Cont.)
Connection to discussion on nuclear bomb:-The intended function of the nuke is destructive, implying an innate evil. The existence of the nuke is a potential catalyst for humans to destroy stuff.-Therefore: Humans impact the morality of objects and objects impact the morality of humans
Foucault and Morality
Any moral system involves three elements:-Moral Code-Behavior According to Code-Moral Subjects that Follow Code
Foucault and Morality
-Moral Code:-The name/categorization of the moral system-eg: a moral code of chastity
Foucault and Morality
-Behavior:-The behaviors that define the moral code-Eg: The behaviors associated with moral code of chastity define morality in regards to sexuality
Foucault and Morality
-Moral Subjects:-The individuals who are willing to subject themselves to the moral code-Eg: For a moral system to exist, individuals must be subjected to the behaviors outlined within
Foucault and Morality
Moral Subjects (cont):-Technology can create subjects in three ways:-Force: Directly control actions-Eg: Speedbumps force you to slow-Persuasion: Give feedback to sway actions-Eg: Washing machines that give feedback about waterconservation leads to environmental consciousness-Seduction: Subconscious persuasion-Eg: Advertising, Logos, Branding
Morality in Design
All technologies-in-design will eventually mediate human actions & experiences, thus helping form our moral decisions and quality of our livesThe phenomenon of technological mediation therefore burdens designers with a specific responsibility
Designing Mediations
The fact that technologies always help to shape human actions and interpretations on the basis of which (moral) decisions are made has important implications for our understanding of the ethical roles of both technological artifacts and their designers.

The increasing availability of safety devices in cars have created a safe-feeling that invites people to drive fasterIn some cases, technological devices can be more effective for changing human behavior than persuasive communication campaignsEx. Speed bumps
Mediation Theory & Ethics of Design
When desirable mediating effects are inscribed in technologies, explicitly behavior-influencing technologies will resultThe ethics of technology then aims to accompany technological developments.
Netherlands Philosopher:Hans Achterhuis
Instead of moralizing only other people, humans should also moralize their material environmentEx. water-saving showerheadSuch delegations would free humans from the burden of having to continually reflect on the quality of our actions


CriticismsDeliberate actions are what make us humanPeople are not acting freelyTechnologies would be in control
Human dignity is not necessarily attacked when freedom is limitedAccepting responsibilityResponsibility for technological mediation should not be left to the designers alone
Anticipating Mediations
User →(appropriation) → Hermeneutic(interpretation)Designer →Mediation(delegation)→ PragmaticTechnology → (practices)(emergence)
Assessing Mediations
Stakeholder analysis: lay bare all moral arguments that are relevant to a given ethical problem by making an inventory of all stakeholders involved and all arguments that are relevant from their points of view
Methods of Moralization
Moral InscriptionJaap JelsmaUser logic & script logicEx. Dishwasher
Value Sensitive DesignBatya Friedman et al.Interactive methodology that integrates conceptual, empirical, and technological investigations
Moral Environments: An Application
Ambient Intelligence-Technology functioning invisibly in the background of our existence.Examples-”Smart homes” or “Smart Environments”-Elderly homes: “Ears on walls” detects and alerts nurses when there’s unusually loud noise in room (cry for help)
Persuasive Technology
Social Sciences Approach-Intervenes decision making of an individualExamples-FoodPhone-HygieneGuard
Ethics
Blur Distinctions of Humans & Technology-Treated as a hybrid affair of ethics (Humans & Objects held accountable equally)- Situation of ChoiceThe Persuader, Persuasive Technology & The Persuaded and moral reflection
Composite & Cyborb Relations with Technology
Technologies beyond the influencing of the human (Technological intentionality)-Composite Relations: MRI imaging & Intelligent Speed Adaptation-Cyborg Relations: Neutral Implants & Psychopharmacological Drugs
Merging with the Human Subject
--These technologies do not mediate human actions, BUT merge with the human subject head on.