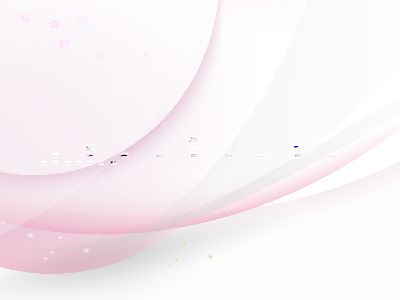 Mona Baker
In Other Words: aCoursebookon Translation (1992)Ithas had great influence on Translation training and consequently Translation studies.
Bakerlooksat equivalence atsix levels
Word level:words and phrases for which there are no equivalents in the target  languageAbove word level:collocation,markedness, and register (the set of words that might  potentially collocate with the word in question, and by marked collocations. ) , as well as the translation of idioms and fixed expressionsGrammar:explains number, gender, person, tense,aspect, voice, word order and an introduction to the concept of text and its organizationThematic structure:covers the concepts of theme andrhemeCohesion:the network of lexical, grammatical and other relations which provide links between various parts of a textPragmatic:The way utterances are used in communicative situations.
Thematic and information structure
metafunctions
Irealized the problemthemerheme
Baker incorporates a comparison of nominalization and verbal forms intheme position:1. Analyzed-were the relations between dopamine and motor functions.(begins with pronominal verbal form)2. The relations between dopamine and motor functions were analyzed.(normalized word order with passive verbal form in the final position)3. An Analysis is carried out of the relations between dopamine and motor functions.(use of the nominalized form “analysis” and the addition of a different passive form)WHY?To meet the conventions of English abstract
The Problem
Thematic structure is realized differently in different languages.For example, Arabic, Spanish, and Portuguese areverb inflected languages.(The verb is in the theme position)Some languages, like Portuguese,omit the subject pronoun.This also creates a different thematic pattern.
Halliday VS Baker
Hallidayan model of thematic analysis isEnglish-orientedwhat casts doubt on its validity.Baker producesan alternative:functional sentence perspective model of thematic structure.It is more suitable for languages with a frequent VS order.Why?1. It takes into account communicative dynamism and word order.2. It is much more straightforward to implement: theme is in the first position, come what may.
The translator should be aware of relative markedness
Relative markedness isusedto distinguish two meanings of the same term, where one is common usage (unmarked sense) and the other is specialized to a certain cultural context (marked sense).1. It helps us to heighten our awareness of meaningful choices made by speakers and writers in the course of communication.2. It helps in deciding whether it is appropriate to use a marked form or not.
Problems of copying ST pattern into TT
1. What is marked varies across languages.2. Calquing a rigid English word order in VS languages produces a monotonous translation.3.Gerzymisch-Arbogast1986 considers the German calquing of English cleft to be clumsy.4.Enkvist1978 pointed out the dilemma of balancing concern for information dynamics with sometimes incompatible concern for other areas such as basic syntactic patterns.
Cohesion
Introduction:Blum-Kulka’sstudy “Shifts of Cohesion and Coherence in Translation”All translators tend to use cohesive ties explicitly.Changes in cohesion in translation may bring about functional shifts in the text.Some languages need to state the gender of the character.
Baker and Cohesion
Baker definescohesionas“the network of lexical, grammatical and other relations whichprovide links between various parts of a text” (p. 190).In order to havecohesion, a text must have references that the reader can follow clearly andconsistentlywithout confusion.The density and the progression of cohesive ties throughout the text are the most important.Sometimes this web of relationships differs between St and TTWHY?“Because the network of lexical cohesion will not be identified across languages. “ (Baker 1992)For example: Portuguese lexical repetition to pronoun use
Pragmatics
“The study oflanguage in use. It is the study of meaning not as generated by linguistics system, but as conveyed and manipulated by the participants in a communicative situation”Baker explores waysinwhich translators can be sure to produce translations that faithfullyreflectthe use in context and typical interpretation in context of the sourcetext.
Three major pragmatic concepts
1. Coherence2. Presupposition3.Implicature
Coherence
Coherence is defined as the subjective perception that a text hasinternalconsistency and that its references and ideas expressed are clear andflowlogically.The TT must also be coherent.It must hang together logically in the mind of the TT receiver.Depends on the hearer’s or the receiver’s expectations and experience of the worldThis may be the same for the ST and the TT readers.
Presupposition
Presupposition relates to the linguistic and extra-linguistic knowledge the sender assumes the receiver to have or which are necessary in order to retrieve the sender’s message.For example, “let me now turn to bananas”
The problem
The problem occurs when the TT receiver can’t be assumed to possess thesamebackgroundknowledge as the ST receivers.Possible reasons?Because of cultural differencesBecause the knowledge is being translated after a time gap when the original information is no longer activated by the reference.
Implicature
Baker definesimplicatureas “what the speaker means or implies rather than what s/he said”Implicatureistheway that people can “understand more than is actually said” (p. 235).It was developed by Paul Grice.
Grice’s rules
Quantity: Give the amount of information that is necessary. Don’t give too much or too little.Quality:Say only what you know to be true or what you can support.Relevance:What you say should be relevant to the conversationManner:Say what you need to say in a way that is appropriate to the message you wish to convey and which normally will be understood by the receiver.
Some theorists add one more rule…Politeness: Be polite in your commentsNote:Chapter8, in Baker’sIn other Words,is new to the second edition and is titled“Beyond Equivalence:ethicsand morality.”
The maxims might be deliberately ignored for a humorous effect.Some problems are posed for the translatorwhen the TL works by different maxims.For example, some vulgar jokes about Godwereomittedwhen producing the TT in Arabicso as not to upset local sensibilities.Baker notes that the translator should be aware of these principles in operation in the respective languages and cultures.