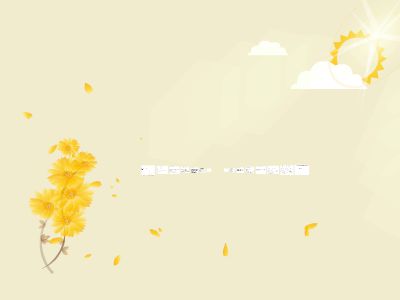 Chapter 1 - Introduction
[T]his concept of ‘‘national defense’’ cannot be deemed an end in itself, justifying any exercise of legislative power designed to promote such a goal. Implicit in the term ‘‘national defense’’ is the notion of defending those values and ideals which set this Nation apart. For almost two centuries, our country has taken singular pride in the democratic ideals enshrined in its Constitution. . . . It would indeed be ironic if, in the name of national defense, we would sanction the subversion of one of those liberties . . . which make the defense of the Nation worthwhile. [United States v. Robel, 389 U.S. 258, 264 (1968).]
2
The special legal problems in national security law
Does the US Constitution extend beyond the shores of the US?Does international law exist, outside of trade?Does the President have unitary national security powers?Outside the US?Inside the US?
3
Wisdom v. Legality
What did de Tocqueville mean when he said that Americans confused the question of the existence of a power with the wisdom of its use?Because we can, should we?Not just a national security questionLook at biomedical research
4
Current and past issues
What are the issues of the day?War on terror - non-state actorsConflict with China and RussiaConflict with allies - Israel, France, GermanyWhat are past abuses of national security law?What are current practices that may be seen as abuses in the future?
5
Historical Context
Our contemporary world was shaped by the cold war following WWIIFor a brief period between the fall of the Berlin Wall and 9/11 it looked like we might escape from the cold war mentalityPost 9/11, little is happening that would have been shocking in the 1950s, we just have better technologyAll that is missing is ideologyAcademics are about the only Marxists leftEven the Chinese communists are capitalists
6
Chapter 2 - Providing for the‘‘Common Defense’’: The Original Understanding
How were most countries governed in the 1400s?What were the justifications for this form of government?What did the legal philosophers argue were better forms of government?Why was separation of powers key to these arguments?
Stopped here
7
8
The Nature of War
What is the history of war?Politics by other means?Moral issue?What is Formal War?What is Informal War?Why does Informal War pose much more difficult issues for international affairs and international law?
9
What is the role of the state v. private parties?
What were letters of marque and reprisal?Are wars waged by private parties now?What is the role of private contractors and mercenaries in Iraq?Afghanistan?Are US private contractors who are injured veterans?Who takes care of their medical needs?What about the non-US employees?What is the command and control issue with mercenaries?
10
Independence
What was the legal status of the colonies when they declared independence?The Continental CongressHow was the country governed between independence and the Articles of Confederation?What was the fundamental flaw in this system?Why did it almost cost us the revolution?
11
The Articles of Confederation
What was the role of the states versus the federal government in the Articles of Confederation?Why did this make it difficult to govern the country?What external threats were still facing the US?Did we control the continent?Were the European powers at peace?
12
The Constitution
How did the drafters deal with the problems seen during the Continental Congress era?What was the relationship between the states and the federal government in the original Constitution?How were powers shared?What were the founders expectations about the federal government?How did the shape the Constitution?
13
Standing Armies
Whatwas the colonial experience with standing armies?What did the founds see as therisks of a standing army?How did the founders deal withthat in the constitution?
14
Federal Separation of Powers
Three Branches of GovernmentLegislativeJudicialExecutiveHow was separation of powers to protect the nation?Did the founders anticipate having two branches controlled by the same political party?
15
Then Versus Now
How has the federal government changed?What are the critical periods for this change?Why does this pose Constitutional problems?
16
War in the Constitution
Why is the nature of war as understood by the drafters important?What does this tell us about the congressional power to declare war?Is this separate from the power to wage war?What about defensive war?Why is defensive war a special philosophical and religious issue?
17
Organization of the Military
What fundamental change in the organization of the military was not anticipated by the drafters and which undermines the Constitutional control of war making?Why does it matter that the congress can now allow a war to be started without having to do it themselves?
18
Review of Constitutional Provisions
See Links onWWW page