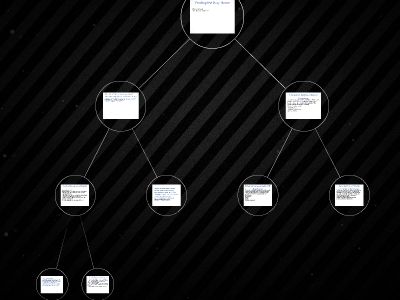 Finding the Way Home
Adam RamshawNorthumbria University
‘Ifyou don’t have a home, you don’t haveanything…Home meanslove, family and security.Without a home you can’t invest in your future.’
MariamAhmed, Housing Campaigner
Classical Approaches to Property
‘In order for a specific form of ownership to exist in society, the rules which define or constitute the relation must beacknowledged [and certain]by the members of the society.’ JGrunebaum,Private OwnershipWhat do we get as owners?The right to use;The right of exclusion; andAbsence of term.
Is it a House or a Home?
Semayne’sCase(1604).Entickv Carrington(1765) places a focus upon the privacy which flows from the physical space of a house and a proprietary interest.Attiav British Gas(1988) demonstrates the potential effects of a change of position from house to home.UratempVentures v Collins(2001) ‘the home forms the centre of one’sexistence’.R (On the Application of N) v Lewisham LBC(2014).
‘Thishas been her home and her mother's home. There is huge emotional investment in it...there isnothing... togain from this save the protection of her emotional securitywhich is, of course, an interest I cannot protect.’
Le Foe v Le Foe[2001] EWCACiv1870
What do we associate with the Home?
‘The homeis... centralto the rootedness, continuity, security, social and family relationships, and cultural context that make up the self.’ JessieHohmann, The Right to HousingAccording to Fox, the Home involves the following:Financial asset;Physical space;Territory;Identity;Social and cultural unit
Developing a uniform concept of the Home
The European Court of Human Rights have ‘developed an autonomous notion of the “home”... not hindered by classifications under domestic law. Not the legal facade – form of tenure or legality of habitation – but the facts behind it are decisive. Function overrules form.’ AntoineBuyse, Strings Attached .‘Sufficient andcontinuing links.’Gillowv United KingdomandBuckley v United Kingdom
‘Art.8... concernsrights ofcentralimportance to the individual's identity, self-determination, physical and moral integrity, maintenance of relationships with others and a settled and secure place in the community.’
Connors v United Kingdom(2005) 40 E.H.R.R. 9
Utilising the European Court of Human Rights Jurisprudence
Section 2 of the Human Rights Act 1998 requires courts to ‘take account’ of the judgments and opinions of the European Court of Human Rights.Section 3 of the Human Rights Act 1998 requires legislation to be read in a Convention compliant manner ‘so far as it is possible’.Arriving at a uniform and wide-ranging idea of the Home.