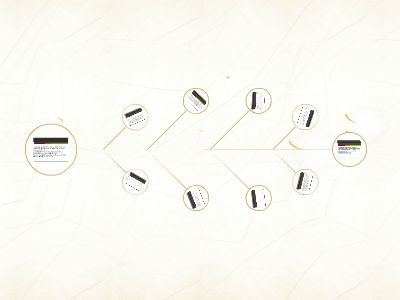 Walzer,Just and Unjust Wars
Quoting John Westlake: “The duties and rights of states are nothing more than the duties and rights of the men who compose them” (53).Sovereignty is “merely an expression” of the values of “individual life and communal liberty” (108).Autonomous political communities are the arenas in which rights and liberties are won, or not.
Altman & Wellman,A Liberal Theory of International Justice
Human rights: “individualmoral rights to the protections generally needed against the standard and direct threats to leading a minimally decent human life in modernsociety” (3).“…astate has earned legitimacy if it is willing and able (a) to protect its own members against‘substantialand recurrentthreats’to a decent human life – threats such as the arbitrary deprivation of life or liberty, and the infliction of torture – and (b) to refrain from imposing such threats onoutsiders” (4).
Walzer’sanswers
(1) No one is safe (from anything!) in a world with intervention:Within existing state boundaries “men and women (let us assume) are safe from attack; once the lines are crossed, safety is gone” (57).(2) Outsiders are just bad at effectively promoting the protection of human rightsIntervention might not be effective, and interveners usually have mixed motives at best.
Responses toWalzer
On (1):(a)A & W’s proposal is that military interventionmightbe justified when (and only when) people’s basic human rights (arts. 3-20, 25-6 of the UDHR, asubsetof thosealready recognized in international law) are violated.(b)Military intervention isn’t always destructive (the no-fly zone and safe haven in Iraq after the Gulf War, Haiti)
Responses toWalzer
On (2):(a)A & W say we should take effectiveness into account (Haiti).(b)Morally imperfect actors don’t necessitate inaction(domesticpolitics, Bangladesh).(c)States have a tendency to oppress their own citizens, too.
Walzer,Just and Unjust Wars
“The moral standing of any particular state depends upon the reality of the common life it protects andthe extent to which the sacrifices required by that protection are willingly accepted and thought worthwhile” (54, emphasis added)“When states are attacked, it is is theirmemberswho are challenged, not only in their lives, but also inthe sum of things they value most, including the political association they have made” (53, emphasis added).
Altman & Wellman,A Liberal Theory of International Justice
Walzer’sclaim that it’s better to suffer at the hands of compatriots is misguided:“The suffocation of self‐determination by a local tyrant rather than by an external state is still an affront to a people's right of self‐determination. Their right to become free by their own efforts is a claim–right against anyone coercively interfering in their efforts to create a legitimate state.…if political self‐determination is as valuable as Walzer insists, then it is difficult to see the moral logic in his view” (A & W, 24).
Walzer’sanswers
(1)Millianargument: self-determination can only be achieved through local political struggle with no outside help.(2)Again, outsiders will likely be ineffective due to complicating factors, like bad motives.
Responding toWalzer
On (1):Mill and Walzer oversimplify the determinants of political change. That one’s activism is rendered ineffective by a “bloody repression” is no signal that she is insufficiently committed to justice.On (2):Again, that they might be misused is no argument against the veracity of A & W’s principles.
•Non-military intervention(sanctions, aid and loan conditionality, prerequisites for membership in international organizations, diplomaticpressure,publiccriticism,supporting one or another political faction in another state, NGO work, transnational activism,etc.)•Non-intervention as position-taking