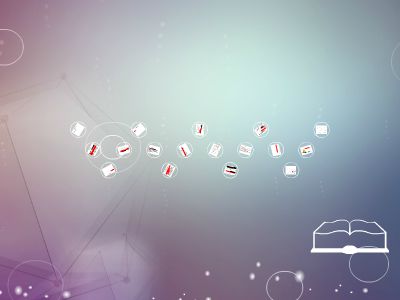 Chapter 13 Sec 4
The power of the Church
Ageof Faith
Anotherterm often usedto describe the Middle Ages.Age of Faith is used due to the power of religion (Christianity) in the daily lives of all people.The church (a term used to describe the Roman Catholic Church) was extremely powerful – MORE powerful than the kings.
Clergy
Church Officials.
Sacrament
The Catholic Church believes in 7 Sacraments, or“pillars” of faith(rituals & ceremonies) that all believers were to follow.They are intended to bring people closer to God.The 7: Baptism, Confirmation, Penance, Marriage, Eucharist, Holy Orders, Last Rites.
Cannon Law
Church Law
Excommunication
A practice by which the Pope canbanish a person from the churchcommunity.“kicking” someoneoutof the church.An excommunicated person could not receive help from loyal members of the church.In the Middle Ages, excommunication was used to intimidate kings and rulers into doing what the church wanted.Why? An excommunicated Lord or King did not have to be obeyed.
The Holy Roman EmpireNot Holy, Not Roman, not an Empire!
Agroup of German States ruled by individual princes whoelected an Emperorfrom among themselves to rule the Empire.Had aDECENTRALIZEDgovernment b/c the power to put you in office is the power to take you out – so the Princes were the real rulers and often pickedweak rulerswho were no threat to their own power.
Gregory VII
Pope in 1075 who banned lay investitureand brought an emperor to his knees (Henry IV).Shows how powerful the Church was in the 11thCentury.
Lay Investiture
The practice ofKings, especially the Holy Roman Emperor,appointing the bishops(high ranking church officials)in their lands.This practiceled toa huge amount ofcorruptionb/c a bishop had a huge amount of power within a king’s territory, many nobles wanted the job for the power and not for any devout religious feeling.
Henry IV
TheHolyRomanEmperor who tried to “fire” the pope but was excommunicated by Gregory VIIand had to beg forgiveness on his knees for 3 days in the cold snowy Alps.Why did he need to beg for Forgiveness?When he was excommunicated the German princes of the Holy Roman Empire did not have to obey him and rebellions broke out!
Concordat of Worms
An agreement that settled Lay Investiture in 1122.What the agreement said:The Holy Roman Emperor could veto the bishops within his territory that the pope appointed. This meant that if the Pope picked someone that the HRE did not approve of – say someone who was the emperor’s rival – then the HRE could veto the appointment.This helped reform some of the corruption within the church & made bishops “more holy.”
Frederick I
First ruler (HRE) to actually call his lands the Holy Roman Empire – in 1152.A strong ruler who was chosen to try to keep the peace within the Empire.A.K.A.Barbarossafor his red beard.Drowned in 1190 and the HRE crumbled into pieces once again (decentralized).
3. What were some of the matters covered by canon law?
Canon Law = Church Law– many rules based on the Christian Bible which guided church members on how to live.Matters Covered:Who you could marry(no 1stcousins, only 1 spouse, NO divorce).Monogamywas seen as the most moral and most stable way to raise a family with clear gender roles – jobs for women and men – complimentary TEAM – stability for the kids.Other rules – when to go to church,pay the Tithe, receivethe sacraments(like forgiveness for sins – penance or reconciliation).
4. How did Otto the Great make the crown stronger than the German nobles?
He made alliances with Church Officials– no one could appose the church at this time.
5. Why did lay investiture cause a struggle between kings and popes?
It was all aboutpower.If you give someone a job – lay investiture meantas king you could appoint bishops – then that person “owes”you and is likely to favor you in the future.
6. How was the structure of the church like that of the Feudal system?
They are both based ona pyramid of power.
7. Was the Concordat of Worms a “fair” compromise for both the emperor and the church?
Answers will vary:Yes – both sides shared power.No – a Secular power (the Emperor) should not have power over a spiritual authority(a bishop) – separation of church and state is what keeps the U.S. out of a lot of conflicts today.