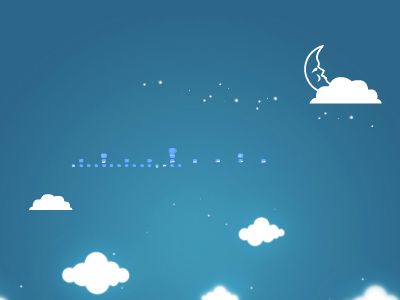 Multi-Claimant Cases With Insufficient Policy Limits and Practical Suggestions on How to Deal With the IssueClay CrawfordFoland, Wickens, Eisfelder, Roper & Hofer, P.C.Kansas City, MOandCheriTrites, J.D.Claims Counsel SupervisorEMCInsurance Companies
2015 Primerus Defense Institute Insurance Coverage & Bad Faith SeminarNew Your Marriott Downtown Hotel| New York, New YorkOctober 22-23, 2015
Multi-Claimant Scenarios
Multiple injury accidents with split limit policies;Commercial auto accidents involving multiple vehicles; andIndustrial accidents
Key Rules From Different Jurisdictions
Firstin time, first inright;States which require at least an attempt to reach a global settlement; andInterpleader
Techniques to Limit EC Exposure
Early letter to insured(s);Early global offer expressing willingness and intent to exhaust;Pre-suit settlement conference/mediation; andInterpleader
Question:
What has your experience been in various jurisdictions with these types of claims, i.e. what are some of the most difficult situations you have encountered in terms of the rules you have to work with?
Thelaw is generally supportive of exhaustion, but almost always with the caveat that each settlement must stand on its own merits as “reasonable” and the insurer’s conduct may well be subject to a jury submission to determine if limits were exhausted in “bad faith”.See e.g.Peckham v. Continental Cas. Ins. Co.,895 F.2d 830 (1stCir. 1990);
Question:
Whatdo you view as critical first steps in identifying and defusing multi-claimant situations?
Identifythe rules in the subjectjurisdiction
“This good faith duty obligates the insurer to advise the insured of settlement opportunities, to advise as to the probable outcome of the litigation, to warn of the possibility of an excess judgment, and to advise the insured of any steps he might take to avoid same.”Boston Old Colony Ins. Co. v. Gutierrez, 386 So. 2d 783, 785 (Fla. 1980).
“Thus, an insurer “faced with a settlement demand arising out of multiple claims and inadequate proceeds ... may enter into a reasonable settlement with one of the several claimants even though such settlement exhausts or diminishes the proceeds available to satisfy other claims.”Pride Transp. v. Cont'l Cas. Co., 804 F. Supp. 2d 520, 525 (N.D. Tex. 2011)aff'd,511 F. App'x 347 (5th Cir. 2013).
“An insurer may therefore settle with less than all of the claimants under a particular policy even if such settlement exhausts the policy proceeds.”In re Sept. 11 Prop. Damage Litig., 650 F.3d 145, 153 (2d Cir. 2011).
“We hold that, when an insurer is faced with multiple claimants with claims that in the aggregate exceed the policy limits, the insurer has a fiduciary duty to engage in timely and meaningful settlement negotiations in a purposeful attempt to bring about settlement of as many claims as is possible, such that the insurer will thereby relieve its insured of as much of the insured's potential liability as is reasonably possible given the policy limits and the surrounding circumstances.”DeMarco v. Travelers Ins. Co., 26 A.3d 585, 613-14 (R.I. 2011).
“As a matter of Arizona law, we decline to adopt the ‘first in time, first in right’ rule as applied to multiple claims to a single insurance policy…Based on these holdings, competing claims in excess of policy limits may result in a jury questionregardlessof the course an insurer pursues.”McReynolds v. Am. Commerce Ins. Co., 225 Ariz. 125, 130, 235 P.3d 278, 283 (Ct. App. 2010).
We also disagree with the premise that an insurer's attempt to reach a global settlement of competing claims, without ever denying the responsibility to pay the full policy limits, can serve as evidence that the insurer is placing its own interests over that of its insured. It was in Purscell's interest to have all three claims against him settled within the policy limits.Purscell v. Tico Ins. Co., 790 F.3d 842, 848 (8th Cir. 2015);but seeRinehart v. Shelter Gen. Ins. Co., 261 S.W.3d 583, 596 (Mo. Ct. App. 2008) (Insurer liable after holding out for global pro rata settlement where plaintiff adduced evidence thatthe thirdof three claimants was unlikely to have ever sued theinsured. The insured argued that the third claimant wasused as a “straw man” to excuse insurer’s failure to settle toclaims,when insurer refusedtwo splitlimitsdemands.
Openingcorrespondence to the insured
Openingcorrespondence to the claimants
Retentionofcounselfor thecarrierforthe insured
Discloselimits yes or no?
Whenand whether to respond to premature offers
Eliminatingclaimants, e.g. family members, at fault claimants, or those who report no injury at the scene
Question:
Whathas your experience been with pre-suit mediation?
Isit necessary or even a good idea in a “first in time, first in right” jurisdiction?
The benefit is obvious, if it leads to a global resolution, what are the risks?Force claimants to retain counselPossible lost opportunity to settle individual claimantsDelayMay provide opportunities for cooperation amount claimant’s counsel
Question:
Whathas your experience been withinterpleader?-what are the risks and benefits?
“We think the favored approach to managing multiple claims in excess of the policy limits must include some provision for certainty to insureds, insurers, and litigants short of submitting each case to a jury. In that regard, as a matter of Arizona law, we hold that (1) the prompt, good faith filing of an interpleader as to all known claimants with (2) payment of the policy limits into the court and (3) the continued provision of a defense for the insured as to each pending claim, acts as a safe harbor for an insurer against a bad faith claim for failure to properly manage the policy limits (or give equal consideration to settlement offers) when multiple claimants are involved and the expected claims are in excess of the applicable policy limits.”McReynolds v. Am. Commerce Ins. Co., 225 Ariz. 125, 131, 235 P.3d 278, 284 (Ct. App. 2010).
Interpleader is not a “bill of piece”, however.State Farm Fire & Cas. Co. v. Tashire, 386 U.S. 523, 535, 87 S. Ct. 1199, 1206, 18 L. Ed. 2d 270 (1967).
Purscell, interpleader did not lead to “bad faith” liability, but was not filed until after sincere effort to obtain a global settlement and after individual demands were prematurely withdrawn. Also, insured had counsel and never objected.
Additional Questions:
Explain the importance of follow-up communication with theinsured.When how to approach an insured about their right to contribute ifnecessaryCoordination with excess carriers, when/how to exhaust or tender primarycoverageWhat are the issues involved in providing a defense after exhaustion/how to avoid “dump and run” arguments?