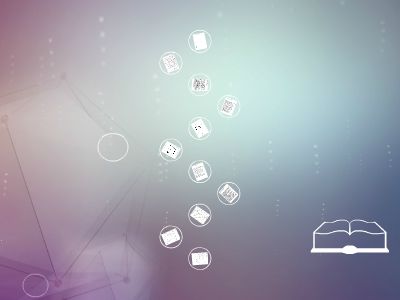 Church History Part -3
The Debate Over The Eucharist(& Other Sacraments)
Transubstantiation(Catholic View)
The Eucharistis transformed into the literal body and blood of the Lord Jesus Christ – the ‘substance’ ischangedOccurs when the priest says “This is my body”Can only occur at the hands of a properly ordained priestOperates by itself apart from any virtue or faith in the priest that is “exopereoperato” : by the work performedIs a real literal sacrifice of Christ, though it is different from the sacrifice of Christ on the crossDeserves real adoration and worship (CultusLatriae) is due to Christ present in the EucharistBrings about the propitiation of sins, effects the remission of sins and confers supernatural and natural giftsCan be effective for souls in Purgatory (Council of Trent)
Real Or Symbolic?
“This is My body…”(Matthew 26:26) Jesuswas alive when he said this so it is obviously a SYMBOLIC referenceJesus frequently referred to Himself in a symbolic fashion: John 15:1,5; 10:7,9,11,14; 9:5, 8:12, 6:35,41,When He says ‘this is the cup of the new covenant” (Luke 22:20) he did not mean that the cup WAS the new covenant but that it REPRESENTED it.1Corinthians 11:23-26 talk of ‘showing forth’ Christ’s death – not repeating it, it is a symbol of the sacrifice and a reminder, not an actual sacrifice.
Priests & Sacrifices
The Roman CatholicEucharist can only be administered by a priest.However there is no mention of “Christian priests” as officials in the New Testament – only Jewish and pagan priests.The book of Hebrews makes clear that earthly priests and sacrifices came to an end with the sacrifice of Christ upon the cross: Hebrews chapters 9 & 10All believers are members of aheavenly‘royal priesthood’:1 Peter 2:9, Hebrews 4:16, 10:19-22
The “Stoichea”
Stoichea= measured out things, elementary building blocks of the old cults and religionsDays, months, seasons, years, festivals, temples, priests, animal or human sacrifices, circumcision, initiation ceremonies, libations, astrological charts, fortune-tellingGalatians 4:10, 5:1-11,Colossians 2:8-23Keep people in religious bondageWe are freed from them through Christ
The Power Problem
Transubstantiation puts all the power for salvation in the hands of the priests that control the EucharistThis tends to make the institution the vessel of salvation rather than the individuals personal repentance and faith in God.Since it functions “exopereoperato” it makes the church a sort of “machine” that can get people saved.Can lead to institutionalization rather than personal living faith, and even to corruption of the Mass (e.gbuying Masses for the dead so the rich get out of Purgatory more quickly than the poor)
Once For All Time….
Hebrews 9:24-28 MKJVFor Christ has not entered into the Holy of Holies made with hands, which are the figures of the true, but into Heaven itself, now to appear in the presence of God for us. (25)Nor yet that He should offer Himself often, even as the high priest enters into the Holy of Holies every year with the blood of others (26) (for then He must have suffered often since the foundation of the world)but now once in the end of the world He has appeared, toput away sin by the sacrifice of Himself.(27) And as it is appointed to men once to die, but after this the judgment, (28) so Christ was once offered to bear the sins of many.And to those who look for Him He shall appear the second time without sin to salvation.Hebrews 10:10-14 MKJVBy this will we are sanctified through the offering of the body of Jesus Christonce for all.(11) And indeed every priest stands daily ministering and offering often the same sacrifices, which can never take away sins. (12) But this Man, after He had offeredone sacrifice for sins forever,sat down on the right of God, (13) from then on expecting until His enemies are made His footstool. (14) Forby one offering He has perfected forever those who are sanctified.
No Remaining Sin…
In the Roman Catholic view sin is dealt with by the Mass, in the Protestant view it is dealt with ‘once for all time’ on the cross.We believe that “It is finished” (John 19:30, Hebrews 1:3) that the bearing of sins is done and that ‘therefore there is no condemnation for them in Christ Jesus’ (Romans 8:1)If remaining guilt has to be atoned for week after week then the believer has little or no real ‘assurance of salvation’Thus in addition to the Mass the Catholic needs other sacraments to also deal with sin – baptism, penance confession and final unction being among them
Other Problems
NoJew would equate an object with God or with theMessiahWhen we say that the Communion is Christ we are making an object into a divine thing and that is the essence of idolatry and was strictly forbidden in the Torah.Christianity greatly SIMPLIFIED religion and was without temples, priests, sacrifices and so on. In fact the Romans persecuted Christians because they considered them to be ATHEISTS for not doing these things!