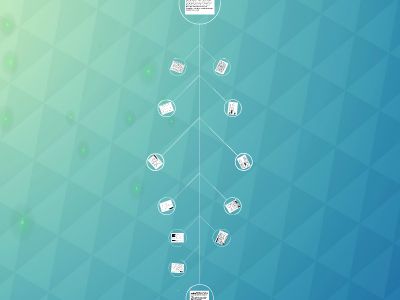 Film Noir, Chapter1 review
Film Noir Literally means “ black film” and was coined by French film critics (Nino Frank, 1946) who noticed that a trend of dark, downbeat and black the looks and themes of many American crime and detective films released in France following WWII ( Maltese Falcon, Woman in the Window, Laura).These films reflect the tensions and insecurities of the time, counterbalancing the musicals and comedy.
Fear, loss of evidence, despair, paranoia are all evident in Noir. All reflect the “chilly” Cold War period when nuclear annihilation was ever-present.Noir evolved during WWII and was developed around a disillusioned male character who encountered a beautiful but promiscuous, amoral, double-dealing and seductive femme fatale who would use her sexuality to manipulate him into becoming the fall guy-often following a murder. After a betrayal or double cross she was frequently destroyed as well.
Noir evolved into a mood, point of view, or tone of a film and the term frequently refers to a distinct historical period in film history- the decade of film making after WWII.The criminal, violent, misogynistic, hard-boiled or greedy perspective of anti-heroes were a metaphor for society’s evils, with strong undercurrent of moral conflict and a sense of social injustice. There were rarely happy or optimistic endings in noir.
Looking at Movies Chapter 1
In just over 100 years, movies have evolved into a complex form of artistic representation and communication.- they are hugely influential- it is wildly profitable industry- movies are the most popular art form todayWe buy them online, rent, watch them on TV cable, record, download and watch on portable devices(iPhones, cellphones, tablets and computers). Totally Accessible ANYWHERE!
They provide escape, entertainment and pleasure.Movies(short version) comes from the motion pictures a term coined by early filmmakers Auguste & Louis Lumiereand invented theCimematographe, a portable, hand-cranked device that is a camera, processing plant, and projector all in one. This form provides the viewer with uninterrupted onscreen action using multiple types of angles.Cinemacomes from the Greek word Kinesis meaning movement
Cinematic languageincludes the techniques and concepts filmmakers use to connect viewers to a film that otherwise may hide the means of storytelling.“ Composed not of words but a myriad of interconnected techniques and concepts. It connects us to the story while deliberately concealing the means by which it does so.”“ It pervades our world on multiple levels: by narrative, artistic expression and reflection of the cultures that both produce and consume them.”
Almost all movies share another basic characteristic – They are narrative in nature. Every movie that selects and arranges subject matter in a cause and effect sequence of events employsnarrativestructure.EX: March of the Penguins (2005) [resents the Antarctic emperor penguins’ annual cycle of courtship, breeding and migration as a compelling and suspenseful narrative.
Documentaries– Strive for objective, observed veracity (truthfulness), but do tell stories.EX: Spike Lee’s 2006 documentary, “When the Levees Broke,” that looks at the devastation in New Orleans after Hurricane Katrina.Virtually every movie employs narrative in some form. Narratives made in Africa and Latin America reflect the story telling tradition structure of their own cultures, which is very different from Western European and North America.
Editingis the joining together of shots to create a sequence to present and control what the viewer sees in a movie and how that viewer sees it.Shotis an unbroken span of action that allows the viewer’s perspective to shift within a given composition. A scene that can long or short depending on the director’s view of the image.Filmis the term applied to a motion picture that is considered by critics and scholars to be more serious or challenging to produce.Moviesare to entertain the masses. In commercial films, certain viewer expectations are generally met:Relatively standardized cinematic languageSeemlesscontinuityAn organized narrative.
Fade in/ fade outis a filmmaking technique that indicates the passage of time.Low angle shotmay present a character strong, noble or threatening.Implicit meaningis the what lies below the surface is a movie’s story and presentation.EX: Juno – motherhood, relationships, abortion, etc..Some factors that contribute to a movie having an “invisible meaning” are fade in/fade out, low angle shots, and cutting on action.Cultural invisibilityis often motivated by commercial intent, sometimes leads viewers to being unaware of the film’s implied message, and is not always a calculated decision on the part of the filmmaker.
Cutting on actionis a common editing technique that hides the shift from one shot to the next by ending the first shot in the middle of a continuing action and starting the next shot at the same point further along in the same action.Close-upis a shot that often shows a object or part of the body filling the frame traditionally a face possibly a hand, eye or mouth.Cutis a direct change from one shot to another, the precise point at which shoot A ends and shot B begins.
Close analysisof any particular movie can tell us a great deal about the artist, society or the industry that created it.Juno break down of a scene sequence.In the waiting room sequence, Juno turns her head to find the source of a particular sound. At this moment the camera adjust to reveal a mother drumming her nails on a clipboard. This shot is an example ofPOINT OF VIEW.The 10 second duration of the opening shot in the waiting room sequence is relatively long and establishes a relaxed mood.
The protagonistin Juno displays the traits we often associate with rogue hero, who by the end of the film upholds the institution she scorns.A shot is an unbroken span of action that allows the viewer’s perspective to shift within a given composition.Formal analysisis an analytical approach concerned with the means by which a subject is expressed.