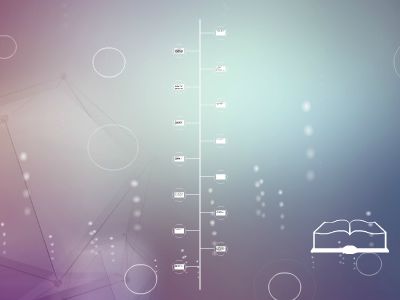 Lord, Ross, andLepper1979, Biased Assimilation…Ditto and Lopez 1992, Motivated Skepticism…
Monday February 4,2019(Before we start: remember you owe me a one-page (single spaced) description of your idea for your term paper. If you are not sure what topic you want to do, give me two or three ideas. Pay attention to how you will do it: what kinds of data resources are available?)
POLI 421, Framing Public Policies
1
Lord, Ross, andLepper, 1979
“Peoplewho hold strong opinions on complex social issues are likely to examine relevant empirical evidence in a biased manner. They are apt to accept "confirming" evidence at face value while subjecting "discontinuing" evidence to critical evaluation, and as a result to draw undue support for their initial positions from mixed or random empirical findings. Thus, the result of exposing contending factions in a social dispute to an identical body of relevant empirical evidence may be not a narrowing of disagreement but rather an increase inpolarization” (2098).
POLI 421, Framing Public Policies
2
Let’s unpack that and set the boundary conditions
“People who hold strong opinions”What if the opinion is not as strong?“on complex social issues”What if the issue is not that complex? Then evidence matters.“apt to” accept confirming evidence at face valueHow likely?How strong does the confirming evidence need to be?Totally at face value, or just a shade?“while subjecting ‘disconfirming’ evidence to critical evaluation”How disconfirming?How critical is the evaluation?
POLI 421, Framing Public Policies
3
Let’s look at their study and results
Pro and anti-capital punishment attitudes divide two groups.Present both groups with empirical studies that show that capital punishment does or does not deter.How good were the studies: how well were they conducted?Ratings of quality: ones that agree with my opinion are better! (p. 2102, table 1).Ratings of how convincing the studies were: samefindings.Agreement and rebuttals to the study: totally predictableAttitude change: everyone got their attitudes reinforced, even though the evidence was neutral / balanced… (Tables 2-3, 2103-2104).
POLI 421, Framing Public Policies
4
Ditto and Lopez, Motivated Skepticism…
Unwelcome medical news (such as a terminal illness!): seek out another doctor, as this one “must be” mistaken.Welcome medical news: accept at face value…
POLI 421, Framing Public Policies
5
The study
Rate people on intelligence, knowing you’ll have to work with them.Some are likable, some are dislikableTherefore you are motivated to find the likable ones more intelligent, since you’ll need to work with them, and the unintelligent ones will not be selected.No preference, no biasPreference (to select the likable person), you find ways to rate them as smarter.
POLI 421, Framing Public Policies
6
Are attractive fun people smarter?
You tell me: In the real world, do we do this?
POLI 421, Framing Public Policies
7
These people are correct! But let’s see where, and not where:
Simple issues: evidence mattersOverwhelming evidence: you can’t ignore it.Where people don’t hold strong opinions.So the idea here is not, and should not be, that this drives absolutely everything, it is still very important. So let’s understand the argument.
POLI 421, Framing Public Policies
8
Start with an attitude, then from there evaluate the supporting or challenging evidence.
Two models of decision-making:Lawyer defending a client(The client: your predisposition. The lawyer: your reasoning abilities.)Judge or Scientist neutrally evaluating the evidence for and against.Key question: do you care? Are you “motivated” to reach a certain conclusion?Goal: Accuracy, or direction?
POLI 421, Framing Public Policies
9
Times when you care, and when you don’t
From personal life and from public policy, think of two examples of things where you care deeply about protecting an opinion.Family / group / school / identity loyalty?A policy preference, say on the issue of abortion perhaps?Think of others where you really do want to protect your opinion.Think of examples where you do not have a dog in that fight:Will the final exam in this class be at this time or that time? (You just want the right answer, based on evidence!) (Accuracy motive.)Who will win the softball game between Columbia and Brown? (Huh? You don’t care, so you have no motivation to promote one idea over another.)Think of other cases where you don’t try to protect your opinion.
POLI 421, Framing Public Policies
10
What are the limits to this phenomenon?
Accuracy goals, rather than directional goalsSimple issues, rather than complex onesPeople w/o strong opinions, rather than strong onesClear evidence, rather than ambiguous, multifaceted evidenceOthers?
POLI 421, Framing Public Policies
11
What is the range of this phenomenon?
Directional goals, preferences: that’s a lotCases where evidence can be disputed: that’s a lotEtc.
POLI 421, Framing Public Policies
12
How is this behavior “adaptive” for humans?
Why waste your brain on things that clearly make sense?Similar to last week on threats: figuring out anomalies is more important than gathering more evidence for things you already know!“Surprises” need more attention; expected outcomes can be taken with little effort.You spend your brain power on things that don’t make sense.But, in politics, where evidence is unclear, this can lead to reinforcement of previously held opinions.
POLI 421, Framing Public Policies
13
What is the solution?
So what does this mean? How do we deal with it?You can be very weak and loose in your arguments as long as you are speaking only with people who agree with you: They will think you are brilliant!How to break this cycle? Recognizing it is the first step…
POLI 421, Framing Public Policies
14