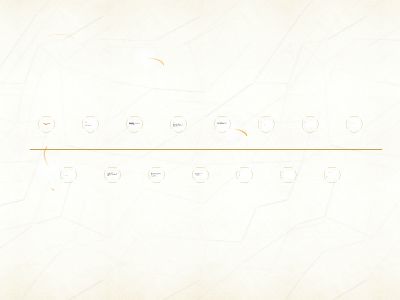 China’s One-Child Policy
By: Jourdan Valkner & Emily Menges
Overview
Jihua Shengyu (planned fertility) program, widely known as the “one-child policy.”Part of China’s family planning policyIt was introduced in 1979 and began to be formally phased out in 2015.
Background
Yin and yang“the more the children, the more the fortune”Filial pietyThese are to support and wait upon parents, to respect parents, and toreproduce posterity to continue parents’ lineage.Gender orderThe Chinese pronatalist culture is a combination of valuing reproduction in general based in filial piety, and the preference for sons in particular.By the end of 1969, China’s population exceeded 800 million.Economic growth stagnated.Leaders in China began to focus on the urgency of population control.
Policy Beginnings- Mao Era
A serious family planning campaign began in China in 1971, commencing with the propaganda theme:“One child isn’t too few, two are just fine, and three are too many.”In December 1973, national birth planning conference endorsed the slogan:“Later, Longer, and Fewer.”Mao died in 1976
Change in Power- Deng Xiaoping Era
In 1978 Deng rose to leadershipPosition in support of population controlMajor sponsor of the 1979 policySaid unless the birth rate fell rapidly, "we will not be able to develop our economy, and raise the living standards of our people."
The Policy
Local implementation of the policy often varied across rural and urban areasUrbanClosely and directly affected by government policies and measuresSex-selection technology was somewhat available in urban areasRuralFewer government benefitsSex-selection technology was mostly unavailableNeed for larger families due to agricultural workTwo-tier policy:Urban families=1 child; Rural families=up to 2 if first child was female.
Enforcement
One-Child CertificatesEntitles couples to better child care, better housing, longer maternity leave and other benefits.Couples who had more than one child-salaries were reduced by 15 per cent until the child reached age sevenChina hired more than 1 million part time and full time workersUsed to ensure women used birth controlUsed to harass women to get abortions, or to get sterilized, if they became pregnant with a subsequent child.Another technique was to deny anesthetic to women giving birth, to increase their aversion to getting pregnant again.
Social Impacts
Caused a lot of suffering for individuals affected by policyGiving government too much powerBenefits emphasized by the governmentSubstantial reduction in the risks related to frequent pregnancies and childbearing and in the burden associated with housework.The improved dissemination of reproductive health information and knowledge.The significant improvement in accessibility to effective contraceptives, safe abortions, and related medical services.Dramatic difference in number of males vs femalesa deficit of more than 40 million female babiesAbortion of female fetuses was the main cause, while the abandonment, and killing, of baby girls has also been reported.
Economic Impacts
China's economy grew by 7-8% a year over the past decade; that growth lifted an unprecedented 150 million people out of abject poverty.Some western commentators believe China over-reacted, whereas others emphasize that even small changes in the timing of a decline in fertility are important.The difference is between a total fertility rate of 2.1, which might have been achieved without the policy, and a total fertility rate of 1.6 (found today) releases 24% more resources for the family and national investment.
Myth #1:
The myth about Mao Zedong:Pronatalist until the endvoluntary birth controlOnly possible to switch to nationally enforced fertility limits after his deathTruth about Mao Zedong Myth:Mao Zedong did embrace china’s fertility ratesBUT made valid attempts to reduce fertility rates“Voluntary” but not really“Later, Longer, Fewer”Later= later marriageLonger= greater intervals between permitted birthsFewer= limits on number of children
Myth #2:
China’s population under Mao:While in power, china’s population= rapid/uncontrolled growth rateAfter death- needed more drastic/coercive programMandatory policy was enforced after 1980Truth behind China’s population under Mao:Fertility rates= not out of control before 1980Dramatic decrease in fertility rates in 1970’s:Later, Longer, Fewer” policyBirth control operations- abortions, IUD’s and sterilizationsHeavy coercion- Birth control= not “Voluntary”Responsible for bulk of fertility decline
Myth #3:
After policy became mandatory:Fertility rates began sharp descentReached sub-placement levels of fertility (below 2.1 births per woman) by 1990More political than a necessity:Could’ve achieved decrease in fertility rates with 2 child policyreduce human sufferingNot very successful initiallyFluctuated during 1980’s and then began to decline
Myth #4:
Success behind one child policy:Coercive and objectionable but led to prevention of 400 million birthsChina/the world= better off in multiple waysTruth behind success of one child policy:Highly misleading- prevented 400 million extra birthsEasily achieved exact numbers with less extreme campaignEast Asia- robust economic growth, voluntary birth planning
Changing of Policies
2006: Some provinces begin easing restrictions to allow couples who are both only children to have two children.2013: An exemption allows two children in families in which only one parent is an only child.2015: China's Communist Party says all couples will be allowed to have two children, but doesn't give a timeframe.A communiqué from the Communist Party's Central Committee carried on China's official Xinhua News Agency said that the decision to allow all couples to have two children was "to improve the balanced development of population" — an apparent reference to the country's female-to-male sex ratio — and to deal with an aging population.United Nations projections forecast that, based on its citizens living longer and having fewer children, China will lose 67 million working-age people by 2030, while simultaneously doubling the number of elderly. That could put immense pressure on the economy and government resources.
Sources
Whyte, Martin King, Wang Feng, and Yong Cai. "Challenging Myths About China’s One-Child Policy."The China Journal74 (2015): 144-59. Web.Potts, M. "China's one child policy."British Medical Journal333.7564 (2006): 361-62. Web.Zhang, Junsen. "The Evolution of China’s One-Child Policy and Its Effects on Family Outcomes."Journal of EconomicPerspectives31.1 (2017): 141-60. Web.Nie, Jing-Bao. "China’s One-Child Policy, a Policy without a Future."Cambridge Quarterly of Healthcare Ethics23.03(2014): 272-87. Web.Cleland, J., Verrai, J. & Vassen, M. ((1983). Preference for the sex of children and their influence on reproductivebehaviour.World Fertility Survey Comparative Studies, No. 27. Voorburg, Netherlands: International StatisticalInstitute.Li, H. S. (1981).Xianqin lianghan zi yinyang wuxing yueshuo(The theory of yin and yang, and five elements during theperiod between the Qin and Two Han dynasties). Taipei, Taiwan: Weixin Book Publication Co.Lamson, H.D. (1935). Different reproduction in China.Quarterly Review in Biology, 10(9), 308-321.