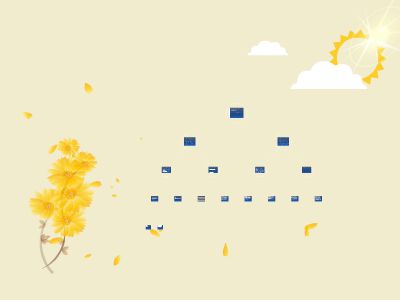 Economic Choice Today: Opportunity Cost
Chapter 1—Section 2--- pages 12-17
Section 2 Objectives
understand why choice is at the heart of economicsexplain how incentives and utility influence people’ economic choicesconsider the role of trade-offs and opportunity costs in making economic choicesdemonstrate how to do a cost-benefit analysis
Making Choices
Key Concepts:Incentives are the benefits offered to encourage people to act in certain ways. Example: reward cards, loyalty cardsUtility: benefit or satisfaction gained from the use of a good and service. When people economize, people consider both incentives and utility. Example: coupons, comparison shopping.
Making Choices Continued
Economize: Consumers and producers make decisions according to what they believe is the best combination of costs and benefits.Making Choices:How will you spend time with a friend?Quote from Oprah Winfrey:“It’s much easier for me to make major life, multi-million dollar decisions, than it is to decide on a carpet for my front porch.”What makes some decisions easy and some more difficult?
Making Choices Continued
Factor 1- Motivations for Choices :The choices people make are shaped by incentives, by expected utility, and by the desire to economize. Example: Attending a dinner to discuss ideas for a business venture along with spending time with a friend.Factor 2-No Free Lunch:Every choice involves cost. Cost can take the form of money, time, or some other thing you value.
“Ultimatum Game”
Task:Play the economic “ultimatum game”in pairs.Activity:I will divide you into pairs, designate one person will be Player A the other Player B. Just imagine you have been given $ 10. Player A has the right to make an offer about a way to split the money. If Player B accepts the offer, both players get to keep the money. If the offer is rejected, they get nothing. You get 5 minutes to play.Each group will discuss the result of their “negotiations” to the rest of the class. Tie your results to the material on page 12 and13.
Outcome
What is the roles of reason and emotion in the various outcomes. Sometimes it’s about rational self-interest could be the sole force behind economic decisions.
Consider
You have enough money to purchase an IPod that has an discount offer or some fitness equipment you need for a class or job. What incentives and utility would guide your decision?
Trade-Offs and Opportunity Cost
Key ConceptsTrade-off:in a trade off it’s not all or nothing choice. It is about giving up some of one thing to gain more of another.
Economics Illustrated
Example 1: Making Trade-Offs
The example the book gives about Trade-offs in making decisions.Shantiis finishing her junior of high school and would like extra credit . She has to choose between a semester class at the local university or an intense six week course at the local high school.Shantimakes the decision to take the six week course, take fewer credits, but ends up with some free time at the end of summer.
Example 2:Counting the Opportunity Cost
Opportunity Cost:a decision is the value of the next best alternative, or what you give up by choosing one alternative over another.Application: Applying Economic ConceptsLook again atShanti’sdecision. What was the opportunity cost of her choice? If she had chosen the semester course, what would her opportunity cost have been?
Key Concepts
Cost-benefit analysis:is examining the costs and the expected benefits of a choice as an aid to decision making. Looking at the book examples ofShantiand Dan they looked at the benefits they would gain and the opportunity costs that would happen from their decisions.Cost –benefit analysiscan be useful for businesses, individuals, and governments when they need to evaluate the worth of economic choices.
Example: Max’s Decision-Making Grid
Analyzing Grids: Figure 1.2Point out that this is an example of an economic model, which students will learn more about later in this chapter. Economic models simplify the issues at hand, often by reducing the terms to only two variablesin this case is studying and spending time with friends, in order to see key relationships.
Analyzing Choices
What examples from their own lives can students think of to demonstrate a decision-making process like Max’s?What local, state, or federal government policies are generating current debate? Consider how policy makers decide among alternative solutions to problems. Part of the rules of policy decisions is that a change must make at least one person better off and also leave no one worse off. Example: Pell Grant
Example: Marginal Costs andBenefits
Marginal Cost:additional cost of using one more unit of a product.Marginal benefits:refers to the benefit or satisfaction received from using one more unit of a good or service.
Your Economic Choices
Marginal Benefits and Costs:Which will you do-basketball practice or after-school job?Application: Using a Decision-Making Process:Look atYour Economics Choicesabove. Construct a decision-making grid that analyzes the potential choices of attending basketball practice and working at an after –school job. Which option wouldyou choose?