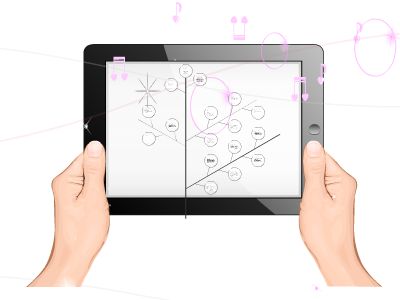 Classroom Management and Communication
What Teachers Need to Know about Classroom Communication and Positive Discipline
Dreikur’s Democratic Principles
Basics of Adler and Dreikurs’ social theoryAdler’s Basic premises(Dreikurs, 1972, pp. 8-9)i) Man is a social being and his main desire (the basic motivation) is to belong.ii) All behavior is purposive. One cannot understand behavior of another person unless one knows to which goal it is directed, and it is always directed towards finding one's place.iii) Man is a decision-making organism.iv) Man does not see reality as it is, but only as he perceives it, and his perception may be mistaken or biased.
Basic Assumption
All misbehavior is the result of a child’s mistaken assumption about the way he can find a place and gain status(Dreikurs, 1968, p. 36).
Attention Getting
Students who are looking to belong and be recognized in the class. This is more often identified with disturbing behavior. Many times this occurs because students are not getting the recognition that they feel they deserve.If students cannot get attention for their positive behaviors (being on task, completing work, arriving on time, etc.), they will seek it with inappropriate behaviors (continually calling out, refusing to work, asking irrelevant questions, etc.)
Power andControl(power struggles)
Students feel inferiority, so they try “to be your boss.”Once the battle has been joined, the child has already won it.Behavior characteristics consist of the student repetitively doing a behavior to make him or her the center of attention. When asked to stop, he or she becomes defiant and escalates his or her negative behavior and challenges the adult. The teacher will feel annoyed at the students' actions.
Revenge
Students who think the only way to get recognition is to retaliate against adults for the way they feel they have been unfairly treated. This is formed after a long series of discouragement by failing trials for attention getting and power.Behavior characteristics consist of a student who hurts others physically or psychologically. The teacher will feel hurt in relation to the student's actions.
Teachers’ Role
• The teacher must recognize students’ inner goal and then help the students change to the more appropriate goal of learning how to belong with others (Wolfgang, 2001, p. 115).
Techniques of modifying the child’s motivation
Observe the child’s behavior in detail.Be psychologically sensitive to your own reaction.
Confront the child with the four goals.
The purpose of confrontation is to disclose and confirm the mistaken goal to the child.Use the four "could it be…" questions:1. Could it be that you want special attention?2. Could it be that you want your own way and hope to be boss?3. Could it be that you want to hurt others as much as you feel hurt by them?4. Could it be that you want to be left alone? Dreikurs, 1972, p. 34, 41)
Encouragement
The essence of encouragement is to increase the child's confidence in himself and to convey to him that he is good enough as he is not just as he might be. It is directed toward increasing the child's belief in himself.Avoid discouragement.Work for improvement, not perfection.Comment on effort rather than results.Separate the deed from the doer.Build on strength, not on weaknesses.Show your faith in the child.Mistakes should not be viewed as failures.Integrate the child into the group.Praise is not the same as encouragement.Help the child develop the courage to be imperfect.Dreikurs, 1972, pp. 49-59)
Differences between praise and encouragement
Praise can be discouraging.Praise recognizes the actor, encouragement acknowledges the act.Too much praise makes a child dependent on the teacher"
Logical Consequences
Every act has a consequence, and if we are to avoid unpleasant results of our acts we must then behave in a way which will help to guarantee more favorable results(Dreikurs, 1968, p. 62).Logical consequences should offer the child a clear and logical choice of behavior and results. The child must perceive that he has a choice and accept the relationship of his choice to what followed(Dreikurs,1968, p. 82).It is structured and arranged by the adult, must be experienced by the child as logical in nature(Dreikurs, 1972, p. 62).
Classroom Meetings
Students need to practicedemocraticprinciplesin school in order to learn how to contribute later to society as a whole. The central process for carrying out this modeling of democracy is the use of the class meeting. Any problem child is a problem for the whole class, and the solution to the problem grows most naturally out of the helpful involvement of all class members (Dreikurs, 1972, p. 78).
Purpose ofclassroommeetings
Openclassroommeetings create a context for developing empathy and group membership. Group discussions provide the teacher with an opportunity to help the children understand themselves, and to change their concept of themselves and others which will eventually change their motivations from hostile to cooperative living (Dreikurs, 1972, p. 79).
Eight building blocks of effectiveclassroommeetings
1. Form a circle2. Practice compliments and appreciation3. Create an agenda4. Develop communicationskills
5.Learn about separate realities6. Recognize the four purposes of behavior7. Practicerole playingand brainstorming8. Focus on non-punitive solutions))
(Suggested by Jane Nelson--a Dreikurs-Adlerian writer
Books by Dreikurs
A Parent's Guide to Child Disciplineby RudolfDreikursand Loren GreyThe Challenge of ParenthoodChildren: The Challenge-- by RudolfDreikurs, Vicki SoltzCoping With Children's Misbehavior, a Parent's GuideDiscipline Without Tears-- by RudolfDreikurs, et alEncouraging Children to Learnby RudolfDreikurs, Don, Sr. Dinkmeyer
Assignments for Next Session
Read Charles :Chapter 3 -Canter’s Assertive Discipline.Chapter 4 -Jones’s Positive Classroom DisciplineChapter 5 -Positive Discipline in the Classroom.Be prepared to contrast models of assertive discipline with models of positive disciplineReview theRubricon the Classroom Management Plan that we will be working on the latter half of the course.