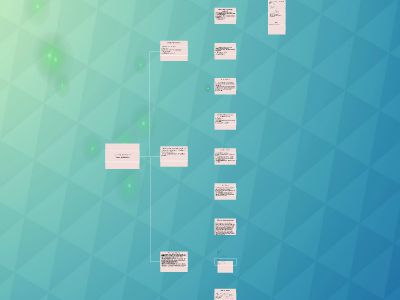 POLITICAL SCIENCE 13Power and Justice
INTRODUCTION
Instructor: Tracy B. StrongOffice: SSB 374Office hours: T: 10:30-12:00,byappt (534 7081) or drop inEmail:[email protected]
Reading: you are asked to read the works of a number of individuals.
How to approach them.These are particular individuals -- political theorists.
Political Theory
politicsis about the arrangements that people make to live a life in common, that is with others who are not their blood relations.Implies sharing (having something in common) and thus difference or individuality. (I and you)I like to think of human activities as answers to questions. Thus:psychology is the answer to the question of what or who am I?Religion to the question of why do I suffereconomics to that of how do I get what I wantmorality to that of what should I doand POLITICS to that of the simultaneous answer to what am I and who are we? (Egwhat one is claiming when I says (I take this to be political) “I am an American” – It is thus a claim on others.
What makes something political?
I hold a claim that I make to apply to othersA. “Eavesdroppingon private conversations without a warrant is un-American.”B. “Howcan you say that? The country is in danger from terrorists.”“Well, that is what I feel.”“A’s” response isnotpolitical
A. “Eavesdropping on private conversations without a warrant is un-American.”B. “How can you say that? The country is in danger from terrorists.”A. “TheFourth Amendment to the Constitutionclearlyforbids it.”A’s response is political.
But not resolved
B. “In cases like this one the President can make an exception. Lincoln did it during the Civil War.”Nowwe have anargument, an argument that is political. It cannot be resolved except in the interaction of A andB. Hence politics involves conflict.
Note this difference for a non-political exchange
A. 2+ 2 = 4.B. Ithink it is 22.A. No– that is a “plus” sign, not some symbol for association.B. Oh, of course! You are right.
And from this one
A. Iwould like to buy that car.B. Itreally too expensive for you, given your income.A. Nevertheless, I am going to – I really want it. [Or: Damn! I guess you are right.]Here,noclaim is made to somethingcommontothe two, there is no “I” to “We” claim.
And this one
A. Eavesdroppingon private conversations without a warrant is un-American.B. Perhapsso, but that is a small price to pay given the danger.Here, any notion of a common claim (“being American”) is ruled out. B reveals his preference and willingness to pay a price.
What has gone wrong here?
King Lear (that one) has in the First Act asked “Which of [our daughters] shall we say does love us most?”and proposed to divide his kingdom accordingly.Cordeliafamously refuses the test. Lear banishes her and decides to live alternately with others (Goneriland Regan), taking his very large retinue of knights and retainers with him. The daughters object to the extent of Lear’s retinue. He responds:
LEAR[To GONERIL]I'll go with thee:Thy fifty yet doth double five and twenty,And thou art twice her love.GONERILHear me, my lord;What need you five and twenty, ten, or five,To follow in a house where twice so manyHave a command to tend you?REGANWhat need one?KING LEARO, reason not the need: our basest beggarsAre in the poorest thing superfluous:Allow not nature more than nature needs,Man'slife's as cheap as beast's:…Act II, sc. 4
What is theory?
THEORY is derived from the Greek wordtheoros- spectator, often a delegate from one city to another to observe their rituals.Theory is seeing , getting it. “Oh! I see.” And KNOWING what it is that you have gotten in such a way that you can make it available to yourself and to others.POLITICAL THEORY is thus understanding about politics: most generally about what humans try to do when they live a life with others.These political Theorists are central to who we are, i.e. to how we understand ourselves when we live in a political matter.Who is “we” -- explain. -- anyone who finds these voices in him or her or rejects them. -- provocation as modality of knowing
Political Theory
1/ who is “we”? What do we find out about about “we”?E.g. of property2/ how do we study this in this course?classic textsliterary texts (give us a world)scholarly analysestheory in practice(court cases)
Power
1. power to make a decision2. power to set an agenda3. power to control what counts as a contestable item
Justice…
Why is it hard to determine it?