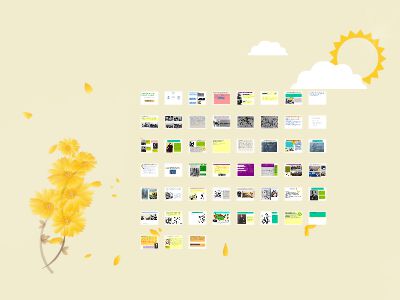 30
"Optimism is a good characteristic, but if carried to an excess, it becomes foolishness. We are prone to speak of the resources of this country as inexhaustible; this is not so."ROOSEVELT’SSeventh Annual Message to Congress, December 3, 1907
"Of all the questions which can come before this nation, short of its existence in a great war, there is none which compares in importance with the central task of leaving this land even a better land for our descendants that it is for us, and training them into a better race to inhabit the land and pass it on. Conservation is a great moral issue, for it involves the patriotic duty of insuring the safety and continuance of the nation."
31
OTHER TR CONSERVATION ACCOMPLISHMENTS

150 National Forests51 Federal Bird Reservations4 National Game Preserves5 National Parks18 National Monuments24 Reclamation Projects
32
THANK YOU PRESIDENT ROOSEVELT!
33
TR THE “TRUSTBUSTER”
TR VS WALL STREET
ANTI-TRUST CARTOON
34
PRESIDENT ROOSEVELT WAS INSTRUMENTAL IN EXTENDING THE POWER OF THE PRESIDENCY. HE COULD BE CALLED THE FIRST MODERN PRESIDENT. A MAJOR THRUST OF HIS PRESIDENCY WAS CONFRONTING THE TRUSTS (LARGE BUSINESS COMBINATIONS) THAT HAD COME TO DOMINATE THE AMERICAN BUSINESS WORLD.
THE SHERMAN ANTI-TRUST ACT HAD BEEN PASSED IN 1890 IN AN ATTEMPT TO CONTROL THE MOUNTING POWER OF TRUSTS. IN A BIZARRE TWIST IT HAD NEVER BEEN USED TO PROSECUTE A TRUST- ONLY LABOR UNIONS. TR SOUGHT TO IMPLEMENT THE LAW AS IT HAD BEEN INTENDED.
35
WHAT DID TR DO TO BREAK UP THE TRUSTS?
TR DID NOT EQUATE “BIGNESS” WITH “BADNESS”. HE BELIEVED THERE WERE “BAD TRUSTS” WHICH NEEDED TO BE BROKEN UP. HOWEVER, THERE WERE “GOOD TRUSTS” WHICH ACTUALLY BENEFITED THE CONSUMER AND SHOULD BE LEFT ALONE.
36
TR GOES AFTER A “BAD TRUST”: THE NORTHERN SECURITIES COMPANY
IN 1902 ATTORNEY GENERAL PHILANDER KNOX FILED AN ACTION UNDER THESHERMAN ACTTO DISSOLVE THE NORTHERN SECURITIES COMPANY AND PREVENT IT FROM CONSOLIDATING ALL THE RAILROADS IN THE NORTHWEST. IN 1904 THE SUPREME ORDERED THE DISSOLUTION. THE LENGTH OF TIME IT TOOK THE CASE TO WORK THROUGH THE COURTS LED TO THE PASSAGE OF THEEXPEDITION ACTOF 1903 WHICH SPEEDED UP TRUST CASES.
37
THE NORTHERN SECURITIES CASE PITTED THE GOVERNMENT AGAINST SOME OF THE RICHEST AND POWERFUL MEN IN AMERICA.
J.P. MORGAN
38
TR GOES AFTER THE MEAT TRUST
39
Teddy Roosevelt
Known for…Conservation, National ParksTrust busting. Going up against big businesses that were getting rich at the publics expense.Pure Food and Drug Act. Made if safe for the public to eat.
40
WILLIAM HOWARD TAFT (1857-1930) TWENTY-SEVENTH PRESIDENT1909-1913: REPUBLICAN
"Next to the right of liberty, the right of property is the most important individual right guaranteed by the Constitution and the one which, united with that of personal liberty, has contributed more to the growth of civilization than any other institution established by the human race."
"The President cannot make clouds to rain and cannot make the corn to grow, he cannot make business good; although when these things occur, political parties do claim some credit for the good things that have happened in this way."
41
PRESIDENT TAFT TAKES UP THE PROGRESSIVE CAUSE
PRESIDENT TAFT
42
TAFT HAD PROBLEMS WITH BOTH THE CONSERVATIVE AND PROGRESSIVE WINGS OF HIS REPUBLICAN PARTY. THIS EVENTUALLY LED TO A SPLIT BETWEEN HE AND THEODORE ROOSEVELT CULMINATING IN THE 1912 ELECTION WHERE THEY RAN AGAINST EACH OTHER, SPLITTING THE REPUBLICAN VOTE, ASSURING A DEMOCRATIC VICTORY. A MAJOR REASON FOR THE SPLIT WAS TAFT’S FIRING OF PINCHOT. THIS WAS SEEN AS AN ATTACK ON THE CONSERVATION AND VIOLATION OF ROOSEVELT’S CORE BELIEFS.TAFT DID PROMOTE SEVERAL PROGRESSIVE AGENDAS INCLUDING INITIATING MORE ANTI-TRUST CASE THAN ROOSEVELT.
43
ROOSEVELT
1912 CAMPAIGN
WILSON
TAFT
44
WOODROW WILSON THE PROGRESSIVE DEMOCRAT IS ELECTED
T. Roosevelt ran as a Progressive, not a Republican. He split the party in half, so the Democrats won.
45
WOODROW WILSON (1856-1924):TWENTY-EIGHTH PRESIDENT 1913-1921: DEMOCRAT
"Government should not be made an end in itself; it is a means only,—a means to be freely adapted to advance the best interests of the social organism. The State exists for the sake of Society, not Society for the sake of the State."
46
WILSON THE PROGRESSIVE
"Sometimes people call me an idealist. Well, that is the way I know I am an American. America, my fellow citizens—I do not say it in disparagement of any other great people—America is the only idealistic nation in the world."
47
WILSON’S“NEW FREEDOM” PLATFORMTARIFF REDUCTIONREFORM OF THE BANKING SYSTEMNEW LAWS TO CONTROL ABUSIVE CORPORATIONS. ANTI-TRUST LEGISLATION.RESTORE COMPETITION TO INCREASE OPPORTUNITYSUPPORT THE RIGHTS OF UNION AND THE WORKING MAN. WILSON WANTS FACTORY WORKERS TO BE SAFE!!!
I’MEXHAUSTED
48
TARIFF REDUCTION: A TARIFF IS A TAX A GOVERNMENT PLACES ON IMPORTED GOODS. ITS PURPOSE IS TO RAISE REVENUE FOR THE GOVERNMENT OR TO DISCOURAGE CITIZENS FROM BUYING FOREIGN GOODS. IT CAN ALSO BE USED TO PROTECT DOMESTIC MANUFACTURES FROM FOREIGN COMPETITION. TARIFFS HAVE THE EFFECT OF RAISING PRICES ON CONSUMERS.

49
REFORM OF THE BANKING SYSTEMFEDERAL RESERVE ACT“An Act to provide for the establishment of Federal reserve banks, to furnish an elastic currency, to afford means of rediscounting commercial paper, to establish a more effective supervision of banking in the United States, and for other purposes.”The Federal Reserve Act provided for the establishment of up to 12 Federal Reserve Banks (district banks) to coordinate policy with a seven-member Federal Reserve Board in WashingtonThe Federal Reserve was set up to prevent or moderate the cycles of boom and bust that had devastating impact on the American economy
Along with President Wilson, Carter Glass, representative from Virginia, was instrumental in constructing the Federal Reserve Act
50
NEW LAWS TO CONTROL ABUSIVE CORPORATIONSCLAYTON ANTI-TRUST ACT
Henry Clayton Representative from Alabama was the driving force behind the Clayton Anti-trust Act
Passed in 1914 to clarify the existing antitrust law (Sherman Act)A number of business practices were prohibited including:Predatory price cuttingPrice fixingOwnership of stock in competing companiesInterlocking directorates (the practice of having the same individuals serve as directors of competing companies)Placed limitations on the use of injunctions against unions and stipulated that labor organizations were not illegal combinations acting to restrain trade; boycotts, strikes and picketing were all recognized as legal activities
51
Federal Trade Commission ActA new agency, the Federal Trade Commission, was created in the fall of 1914. It was to be composed of five members, all of whom were to be appointed by the president and confirmed by the Senate. The commissioners were to be selected on a non-partisan basis and serve seven-year terms.The agency was empowered to investigate corporate practices and, if necessary, issuecease and desist ordersto halt illegal activities.The commission replaced the earlier and less powerful Bureau of Corporations.
Keating Owen Child Labor Act 1916This act limited the working hours of children and forbade the interstate sale of goods produced by child labor. Unfortunately the Supreme Court declared this and subsequent laws unconstitutional.