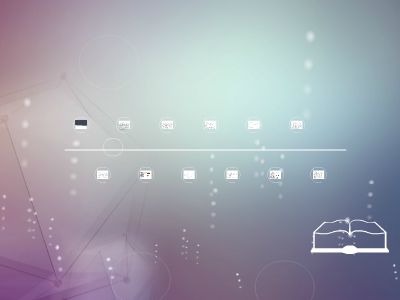 Illegal Immigration_ How it Harms America.

Illegal Immigration
How it harms America.
General Fiscal Burden
Many studies show that immigrants cost taxpayers much more in public services used than they pay into the system via taxes. (Martin)This is particularly true of the disproportionately low-skilled and thus low-earning workers who are much more likely to be working in the underground economy or providing contractual services and not withholding taxes. (Martin)
Education Costs
According to the Federation for American Immigration Reform, the total K-12 school expenditure for illegal immigrants costs the states nearly $12 billion annually, and when the children born here to illegal aliens are added, the costs more than double to $28.6 billion. (Martin)Special programs for non-English speakers are an additional fiscal burden as well as a hindrance to the overall learning environment. (Martin)One study found that dual language programs represent an additional expense of $290 to $879 per pupil depending on the size of the class. (Martin)Because these children of illegal immigrants most often come from families living in poverty, there is a major expenditure for them on supplemental feeding programs in the schools. (Martin)
Healthcare Burden
“Six-in-ten Hispanic adults living in the United States who are not citizens or legal permanent residents lack health insurance. The share of uninsured among this group (60%) is much higher than the share of uninsured among Latino adults who are legal permanent residents or citizens (28%), or among the adult population of the United States (17%)” (Pew Hispanic Center)
Healthcare Continued
“Data on health care costs for illegal immigrants are sketchy because hospitals and community health centers don't ask about patients' legal status. In California, a 2004 study by the Federation for American Immigration Reform put the state's annual cost at $1.4 billion” (Richard Wolf).“In Texas, where the state comptroller estimates illegal immigrants cost hospitals $1.3 billion in 2006, the University of Texas Medical Branch in Galveston is considering denying cancer care to such immigrants” (Richard Wolf).
Healthcare Continued
“One of the frequent costs to U.S. taxpayers is delivery of babies to illegal alien mothers. A California study put the number of these anchor baby deliveries in the state in 1994 at 74,987, at a cost of $215 million. At that time, those births constituted 36 percent of allMedi-Cal births, and they have grown now to substantially more than half or the annualMedi-Cal budget. In 2003, 70 percent of the 2,300 babies born in San Joaquin General Hospital’s maternity ward were anchor babies. Medical in 2003 had 760,000 illegal alien beneficiaries, up from 2002, when there were 470,000” (American Federation for Immigration Reform).
How Much Crime Are They Committing?
In 2005 the GAO conducted a study of 55,322 (about 21% of the population) incarcerated illegal aliens. This is what they found:459,614 Total Arrests (about 8 each)About 700,000 criminal offenses (about 13 each)49% had a previous felony, 20% had drug charges, 18% had committed a violent crimeIn Los Angeles alone, 95% of some 1,500 outstanding warrants for homicides are for illegal aliens. About 67% of the 17,000 outstanding fugitive felony warrants are for illegal aliens. (Wagner: Crime)
Crime Continued
As of 2003, there were approximately 267,000 incarcerated illegal aliens. They are imprisoned as follows:46,000 in Federal Prisons74,000 in State Prisons147,000 in Local JailsThis equates to slightly more than 25% of the imprisoned population
The Cost of Crime
In 2004, the U.S. Government paid approximately $1.4 Billion to incarcerate illegal aliens.Costs are continuing to rise as well, with 15% increases in the cost year over year.States are also getting less reimbursement from the U.S. Government, increasing the costs to the states with larger immigration problems.All those incarcerated, are paid for by taxpayers.The overall financial impact of illegal alien crimes is estimated at between $14.4 and $81 billion or more per year. Factor in the crime as a result of the cocaine ($72 billion) and other drugs being smuggled in and the number may reach $150 billion per year. (Wagner: Crime)
The Effect onthe Jobs Market
In some cases the influx of immigrants has allowed native-born workers to move up the ladder. In too many other instances, mass immigration has moved American workers off the ladder entirely. (Wagner: Jobs)It is grossly hypocritical to want to raise the minimum wage on one hand while the other hand winks at illegal aliens working at far below prevailing wages. (Wagner: Jobs)
Morality Issue
In the end, we are capitalizing on the cheap labor of illegal immigrants by paying them less than citizens because it costs us less.However, if we allow them to stay illegally because of their supposed economic benefits, where do you draw the line between which crimes we close our eyes to and what we condemn?Regardless if they are following the laws now and paying taxes, they are hereillegally.
Works Cited
"Hispanics, Health Insurance and Health Care Access."Pew Hispanic Center. 25 Sept. 2009. Web. 26 Apr. 2010. <pewhispanic.org/reports/report.php?ReportID=113>."Illegal Immigration and Public Health."The Federation for American Immigration Reform (FAIR):. Web. 26 Apr. 2010. <http://www.fairus.org/site/PageServer?pagename=iic_immigrationissuecenters64bf>.Martin, Jack.Breaking the Piggy Bank: How Illegal Immigration is Sending Schools Into the Red. USA: Fair Horizon Press, 2005. 1-2. Web. 26 Apr. 2010. <www.fairus.org/site/DocServer/piggybank05.pdf?docID=2301>.Wagner,P.F."Impacts of Illegal Immigration: Crime Summary."The Dark Side of Illegal Immigration: Facts, Figures and Statistics on Illegal Immigration.Ed. Dan Amato, 4/25/2010. 25 Apr 2010. <www.usillegalaliens.com/impacts_of_illegal_immigration_crime_summary.html>.Wagner, P F. "Impacts of Illegal Immigration: Jobs."The Dark Side of Illegal Immigration: Facts Figures and Statistics on Illegal Immigration. Ed. Dan Amato. 20 Apr. 2010. <www.usillegalaliens.com>.Wolf, Richard. "Rising Health Care Costs Put Focus on Illegal Immigrants - USATODAY.com."News, Travel, Weather, Entertainment, Sports, Technology, U.S. & World - USATODAY.com. USA Today, 22 Jan. 2008. Web. 26 Apr. 2010. <www.usatoday.com/news/washington/2008-01-21-immigrant-healthcare_N.htm>.