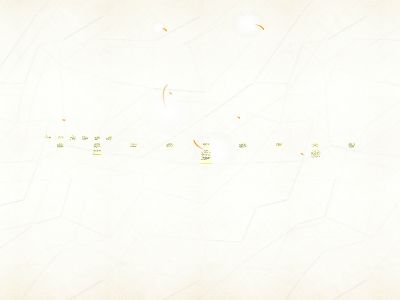 How to use a research article - Texas Christian University

How to understand a research article
Behavioral Research
Structure of the article
Most research articles are structured as four basic sections:Introduction: justification for the studyMethods:Exactdescription of the proceduresResults: Statistical SectionConclusion/Discussion: Explanation of findingsOther types of research articlesNaturalistic Observations
Hypothesis
A hypothesis is a statement about the relationship between two variables. It can be a question, or it can be a statement, but it does not speak to the outcome.The hypothesis is introduced in the Introduction.We will examine a type of Naturalistic Observation “ On Being Sane in Insane Places” Rosenhan, 2007.What is the hypothesis of this study?
Rosenhan’s hypothesis
Found on pp 251…”The question of whether the sane can be distinguished from the insane….. Is a simple matter…Do the salient characteristics that lead to diagnoses reside in the patients themselves or in the environments and contexts in which observers find them?If we word this hypothesis as I want you to word it, it might read: “The purpose of the current study is to examine whether the sane or insane can be distinguished in the context of the insane as observed in a mental hospital.”
Prediction
Differs from the hypothesis as the researcher states how they predict the variables are related ( e.g. what caused what).Rosenhan’s prediction pp 251…”There would be prima facie evidence that a sane individual can be distinguished from the insane context in which he is found”
Operational Definition
In all journal articles and research papers, the operational definition must be clearly stated.Rosenhan is looking at a very subjective variable of sanity.Rosenhan defines sanity and insanity as part of normality which he describes in detail on pp 251, third paragraph, first column.
What is the purpose of this study OR Did I get the right article?
Looking for the hypothesis and operational definition of a journal article is important in choosing to use this article for your introduction.The purpose of Rosenhan’s study was to assess whether the insane can be distinguished from the sane in a mental institution.
Participants
What type of participants (characterisitcs, gender, age, etc) were used in the study? Where they randomly assigned to groups? Is there a control condition?See Rosenhan pp 251 “Pseudopatients and their settings”
Methods or Procedures
How was the experiment conducted?Rosenhan pp251, section “Pseudopatients and their settings”
Rosenhan’s Procedures
Eight pseudopatients were admitted to hospitals located in 5 different states on the east or west coast. The participants went to the hospital and complained of hearing voices that were often unclear, but the words, “empty, hollow and thud” were said to be heard. No other symptoms were reported and the events of the participants life history were given as they had occurred.
Rosenhan Procedures
All participants were admitted to a psychiatric hospital and after admittance the participants ceased simulating any symptoms and acted normally.
What did they find?
Rosenhan, pp 252 ….”Despite their public show of sanity, the pseudopatients were never detected. Admitted, except in one case, with a diagnosis of schizophrenia with a length of hospitalization ranging from 7-52 days (average stay was 19 days), patients were discharged with a diagnosis of schizophrenia in remission.Note: Although it was never suspected by mental health care providers that these participants were anything other than mentally ill patients, 35 patients voiced their suspicions that the participants were not mentally ill. pp 252
Summary and Conclusion
Rosenhan gives reasons for his findings and theories that might explain the findings in pp 257, often giving examples from the experiment to back up the theory (e.g. Depersonaliztion-pp 256)In his summary, Rosenhan reiterates his hypothesis in as much as “We cannot distinguish the sane from the insane in psychiatric hospitals”
How should you approach an article for selection?
Read the abstract, the intro and the conclusion first. This will help you decide if the article is relevant to your topic. The details can be found in Methods and results.
Using an article in Introduction
In APA style, quotations are seldom used. Information from the article is summarized and a citation is used afterward.The full citation of the article will be listed in your reference page.
Example
Diagnosis of a mental disorder is a subjective opinion, based on criteria set forth in the Diagnostic and Statistical Manual ( citation, year). However, many questions have been raised as to whether the sane can be distinguished from the insane. In a related study, eight participants ( 3 women, 5 men) were admitted to a psychiatric hospital after complaining that they had been hearing voices that said “empty”, “hollow” and ‘thud”.
Although the participants gave false names, vocations and employment as well as the “symptoms”, all other facts as to their history or circumstances were true. Immediately after admission to the hospital, all participants ceased to report the simulated symptoms and behaved “normally”. The purpose of the experiment was to observe whether the pseudopatients would be identified as sane, or if the bias towards the initial complaint would yeild a diagnosis (Rosenhan, 1973).
The lengths of the hospital stay of the 8 pseudopatients ranged from 7-52 days with an average stay of 19 days. Although the pseudopatients behaved normally, sanity was never suspected and all were diagnosed with schizophrenia and when released said to be “in remission”. It is interesting to note that 35 patients stated that the pseudopatients did not belong “they were not crazy” (pp 252).
Therefore the conclusion of this study was that the sane cannot be distinguished from the insane in psychiatric hospitals. Possible reasons for this finding are due to the special environment of the hospital itself and how easily behavior in this context can be misunderstood. This poses serious problems to patients that could lead to problems in proper therapeutic treatment ( Rosenhan, 1973)