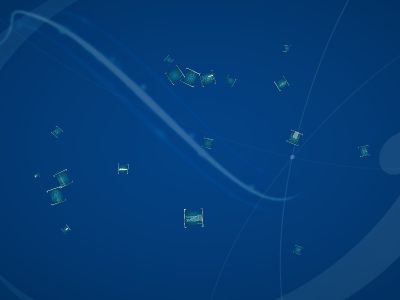 DEBATE SEMINAR
NUDCKOPERTIS 3 2016BOBY-ANGGI-OMAR
The British Parliamentary System
Four teams representing two sides: Government and Opposition.The Governmentproposesthe motion, the Oppositionopposesthe motion.There are two teams (consisting two speakers each) in each side: Opening and Closing.Case-building/preparation time is fifteen minutes.Seven minutes substantive speeches (POIs between the first and sixth minute).
Leader of Opposition
Deputy Leader of Opposition
Opposition Whip
Member of Opposition
Government Whip
Member of Government
Deputy Prime Minister
Prime Minister
GOVERNMENT
OPPOSITION
What’s what in BP
You will compete with not only one team, butthree teams. Yourbenchmate(that is, the other team in your side) is also a rival.
Persuasiveness
The key element in debate isPersuasivenessWhy?The criterion:Judges assess which team did best to persuade them by logical argument that the motion ought to be carried or rejected. The judges do so as the 'ordinary intelligent voter', applying a very small set of technical rules, which are there to facilitate, not displace, an analysis ofarguments.
Role Fulfillment: Prime Minister
The Prime Minister is the first speaker in the debateSetting up the debateA setup containscontext,definitions,parameter/framework,stance, andmodel(if needed)A setup must be:Clearly linked to the motion as a wholeReasonable and debatableArguments to support the setup
Role Fulfillment: Leader of Opposition
If the setup brought by the Prime Minister is unclear, or the Prime Minister does not bring any setup, the Leader of Opposition has the right (and responsibility) to set up the debate.Declare the stance of the Opposition:Stick with the status quo (it is necessary to explain what status quo entails), orBring a counter-proposal/counter-modelRebuttals for the arguments brought by Prime MinisterQuestioning your opponent isnotconsidered as a rebuttal.Arguments
Definitional Challenge
Sometimes, things go sideways. The Prime Minister might offer a definition in which it is hard to debate. When this happens, here is what the opening opposition can do:Think and check back. Is it merely narrow/hard to debate in, or is it really not debatable?If merely hard to debate in, it is advisable to point out the unfairness of the definition, yet carry out as it is.If the definition is truly impossible to debate in, the Leader of Opposition (andonlythe Leader of Opposition) may challenge the definition.
Definitional Challenge: cont’d
The Leader of Opposition may challenge the definition by:Explaining why PM’s definition is impossible to debate inStating explicitly that the LO would challenge the definitionExplaining the new definition and why this is a much more reasonable definitionBringing arguments within the new definition
Definitional Challenge: cont’d
ONLY CHALLENGE THE DEFINITION WHEN THERE IS NO OTHER WAY. CHECK FIRST.If the definition brought by the PM is unfair, but still debatable, point out the unfairness in it but proceed without changing the definition.Remember that a definitional challenge will change the debate drastically (and oftentimes not for the better).
Role Fulfillment: Deputy Prime Minister and Deputy Leader of Opposition
Rebuttals against the previous speaker(s)Arguments to further support the team’s case, deepening the level of analysis brought by the team.
CLOSING HALF
Role Fulfillment: Member of Government and Opposition
IntroductionIntroduce your approach/key point on the issue(s)Introduce your extension(s)RebuttalsResponses to previous speakers’ materialsCan be integrated to extension material(s)Bringing an extension to the debateAnextensionis defined as anything that hasn't yet been said by that side of the debateAn extension may consist of:Newarguments which have not yet been made in the debate.Newrebuttals.Newexamples.Newanalysis orexplanationsof existing arguments.(Newapplications of existing argumentation (e.g. if the extension speaker points out that that one of the first-half's arguments is able to defeat a new argument from the otherside).
Role Fulfillment: Government and Opposition Whip
RebuttalsThe aims are to scrutiny the merit and reduce the persuasiveness level of the opponent materialDon’t stuck in 3v3 style of 3rdspeaker! It is different!Amplify extension material(s) brought by the member speakerTell judges which point from member speaker that didn’t get responded and say why that is something problematicIf the point is responded, why is the response is not strong enough to scrutiny the merit or reduce the level of persuasiveness that is owned by the point?Must not bring new matterNew matter means completely new line of argumentation that has not been touched before.New analysis, precedence, and examples extending an established idea are allowed.
IMPORTANT NOTE
Fulfilling roles will help adjudicators to follow the debate easily and help your team tostay competitivein the round. But it will not make you (a)automatically win the debate,(b) immune to the fourth rank,or (c)get a high speaker scoreNot fulfilling the role like (a) not bringing extensions in MG or (b) not bringing rebuttals as OO will not make your team lose. There is no such thing as automatic loss due to unfulfilled roles. Rather, you would most likely lose because when you don’t (a) bring any extensions as MG or (b) rebutting as OO, you’re missing out opportunities in which you can fortify your case and contribute in the debate’s development.
Points of Information
There are several types of POIs :Short, sharp, and direct question.Direct rebuttal to the statement of the current speakerPoint of clarification: you may use POI to ask for clarification for something that you don't understand from the speaker.Drawing contradiction between the First and Second Speakers.Forcing the speaker to directly engage with your case.Maximum length of a POI: 15 seconds.
Manners
Manners can add to a speaker’s score. An effective delivery may make a simple idea seem very compelling.ClarityMost important manner!Additional elements:HumorWit (Crafty Packages and Catchy Words)Manner is one element in the persuasiveness scale of your team performance.
Final Words:
Debate is not about technicality, it is a package of diverse ability tocreating, analyzing, structuring, and narrating an argument supported with strong knowledgeof issue(s) which must be judgedholisticallynot partial. This is why score in BP is not break downed into the infamous Manner-Matter-Method.