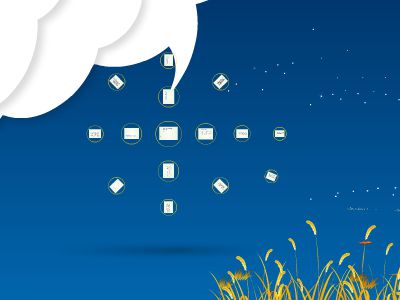 LITERATURE OF MalaysiaBBL 4306
WEEK 13
No Dram of Mercy
This part of the course attempts to explore the life story of SybilKathigasuin “No Dram of Mercy.”It is a look at the interaction of a woman’s life and her writing, her use of literature as a tool to extend her legacy even further.
It is also a look at how her autobiography can generate outcomes that can instil wisdom, understanding and a sense of national belonging in a multiethnic community through the fostering of solidarity spurred by the willingness to blur the barriers that may exist between gender, race, class, culture and ethnicity.
Women’s autobiographies evidence the assertion that women’s lives are of interest and value to the wider society (Borelli, “Telling the Slant” 356).
What is a legacy?
SusanBosakstates, a “[l]egacyis fundamental to what it is to be human” (n.p.).She explains that a legacy connects people across time, for people have a need to connect with those who have come before them, and a responsibility towards those who come after.
She believes that “exploring the idea of legacy offers a glimpse not only into human relationship and building strong communities but also the human spirit,” and says that stories are one of the most powerful tools people can use to change themselves and the world (n.p.).
For instance, in Native American culture, vivid narratives are often told by tribal elders to the younger generations, teaching them where their people came from and what their culture expects of them – both of which pave a way for the latter to remain connected and to keep the cultural legacies alive (MaryRajotten.p.).
The indigenous cultures of Africa and Australia (Smith & Watson, “Reading Autobiography” 83), and even the native communities in Sarawak, Malaysia, namely theIbans,Bidayuhs,Penans,KenyahsandMelanaus, practice this oral tradition of telling stories (Yeoh252).
“No Dram of Mercy”
The memoirs of a midwife and nurse from a town calledPapanin Ipoh. Set during the Japanese Occupation of Malaya.Kathigasu’sexperiences as written in her life narrative have the elements of chaos, adventure, suspense, torture, suffering, love, determination, faith and heroism that are testaments to what the human spirit can endure.
“No Dram of Mercy” was written whileKathigasuwas undergoing medical treatment in England for the injuries she suffered from the tortures by her Japanese captors – in particular herKempeteitormentor,EkioYoshimura – for her refusal to provide information that would enable the Japanese to eliminate their enemies.
These tortures were so severe that it left herparalysedand unable to walk.She died in 1949 and her autobiography was only published posthumously in 1954.
SybilKathigasu’sautobiography tells a life story not only according to events as she remembered and experienced, but it also tells the reader how one’s family and the members of one’s community, regardless of ethnic group, social status, religious affiliation should be cared for and treated.
Kathigasu’sideology is clearly visible in the way she writes, as what stands out is her spirit of resistance to oppression and injustice.
Her very act of writing her memoirs while receiving treatment for her injuries is testament to this; it shows eagerness on her part to share her life experiences with others as a way of providing a means of teaching them to be kind to people in their community, and to stay calm, have faith in God, be strong and stand by what is right in the face of adversity.