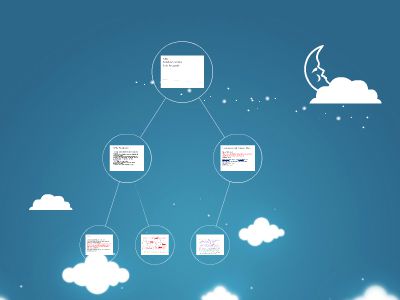 DBQBuddhism inChinaBody Paragraph
1. Set up the argument (should be first and last sentence of the paragraph).2. Summarizes the main points of adocument. Should end with the source in parenthesis.3. Analyze the document.This must be done immediately after the summary. Answer the question, “What does this article tell me about theculture?” Use the phrase, “This shows that____________...”4. POV. Critique at least three authors.5. Tie in sentence. Second to last sentence ties all of the documents to each other.6. Summarize your argument to end the paragraph.
Body Paragraph
Summarize doc 1“The Four Noble Truths” define what sorrow is and explain how to escape sorrow (doc 1).Analyze doc 1This showsthat there wasprobablya lot of hardship and suffering in India at the time.Summarize doc 2,3,5Analyze doc 2,3,5
Summarize and Analyze Docs
Is the source reliable, why or why not?Think of: speaker, occasion, audience, purpose, subject, and tone (SOAPStone)Document 1 is a very reliable source because “The Buddha” would offer the best description of this belief as he is the one who created the religion.Include any otherPOV’sMust attempt at least 3 POV’s; Two must be done correctly for a point.
POV
Buddhism gained many supporters in China.“The Four Noble Truths” explain what sorrow is and how to escape it (Doc. 1).This showsthat Buddhism probably emergedbecausethe conditions of that time were horrible and bleak.Document 1 is a very reliable source because “The Buddha” would offer the best description of this belief as he is the one who created the religion.Zhi Dun explains how to achieve Nirvana (Doc. 2).This showsthat the Chinese probably turned to Buddhism as a result of political instability and defeat by foreign invaders.“The Disposition of Era” gives a Confucius's negative interpretation of Buddhism while countering with a positive response to Buddhism (Doc. 3).This showsthat there must have been a major social or political conflict between Buddhists and Confucius in China.Zong Mi explains that Buddhism, Daoism, and Confucianism are all positive and can coexist in harmony (Doc. 5).This showsthat Buddhists were probably tolerant enough to embrace the other major religions in China. Document 5is probably a reliablesource because as a Buddhist he still provides a fair perspective on the other beliefs, rather than endorsing his own and dismissing the others.All of these documents show that despite being a new foreign religion, Buddhism found a place in China among other traditional belief systems.Buddhism was supported in China by some of its most elite citizens.
Over time, the acceptance of Buddhism in China declined and was rejected by imperial authority.Document 2 shows that Buddhism was probably accepted because of desperation and hopelessness from war in the 4thcentury. Document 3 shows that as things were more stable in the 6thcentury, Buddhism faced more opposition fromConfucism.This was probably because some social differences between the twobelief systems becamemore evidentin times of peace.Document 6 shows China was most likely experiencing some major internal problems that led to Buddhism being used as a scapegoat by the 9thcentury.All of these documents show the chronological deterioration of Buddhism from the 4thto the 9thcentury.Due to conservative opposition and conflict with traditional Chinese values,theopinion of Buddhism shifted from positive to morenegativeas time went on.