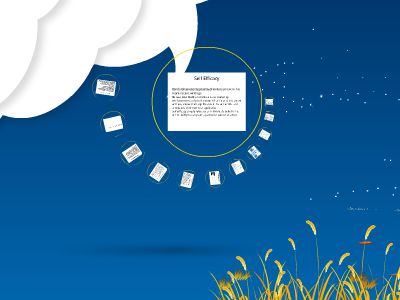 Self Efficacy
Bandurahasreconceptualizedreinforcement in his more recent writings.He now says thatthe individual is controlled by reinforcements only to the extent that he or she is aware of them, values their significance in his or her life, and anticipates their eventual application.Self efficacy simply refers to an individual’s belief in his or her ability to carry out a particular course of action.
Self-Regulation
In a further departure from behaviorism,Banduraincorporatedself-regulation – an act of consciously not responding to stimulation.Bandurasees self-regulation as a cognitive component of our personality. In fact, social learning and self-regulation are treated as the major forces (“causes”) of personality trait manifestation.Three underlying components of self-regulation, as follows:
Self-Regulation
Self-observation– Know Thyself! Self-regulation requires the act of looking at yourself honestly and knowing the intentions and consequences your actual behaviors. This includes patterns of self-reinforcement.Judgment– We tend to compare ourselves to a standard. The standard could be some external standard (such as expectations and traditions) or arbitrary “personal” standards. The comparison could also be made with a competitive and active standard (siblings, neighbors, prior best).
Self-Regulation
Self-response– Positive responses usually follow from doing well compared to a standard, and negative responses from not doing well.Negative responses can include self-punishment.Bandura has elaborated extensively on the underlying comments on self-punishment, but first, the fancy chart …
Self-Regulation Chart
SELF-OBSERVATION
JUDGMENTAL PROCESS
Performance DimensionsQualityRateQuantityOriginalitySociabilityMoralityDeviancyRegularityProximityAccuracy
Personal StandardsChallengeExplicitnessProximityGeneralityReferential PerformancesStandard NormsSocial ComparisonPersonal ComparisonCollective ComparisonValuation of ActivityRegarded HighlyNeutralDevaluedPerformance AttributionPersonal LocusExternal Locus
Evaluative Self-ReactionsPositiveNegativeTangible Self-ReactionsRewardingPunishingNo Self-Reaction
SELF-REACTION
FIGURE 5.Subprocessesinvolved in the self-regulation of behavior by internal standard an self incentives.
Self-Punishment:A closer Look
Early behavioral research studies showed that punishment is not a reliable means of reinforcement.Bandurafound the same to be true of self-punishment.Excessive self-punishment can lead to:Compensation – delusions of grandeur (related to aggressive personalities)Inactivity – apathy and depression (related to compliant personalities)Escape – drugs, fantasies, suicide (related to avoidant personalities)
Self-Punishment (cont.)
Bandura’srecommendation for correcting excessive self-punishment is based on the three components of self-regulation.Self-observation– a more accurate picture of your behavior (know thyself really well).Judgments– high standards lead to much failure, low standards are unrewarding.Self-response– avoid self-punishments, seek self-rewards.
Cognitive Therapy
As his discussions of self-punishment suggests, Bandura’s work bolstered clinical applications of cognitive psychology.Modeling therapy – people with a psychological disorder can be given a model who deals with relevant problems in an effective manner.Under Bandura’s guidance, people with a fear of snakes watched a model pretend to be afraid of snakes, but slowly approach a snake. They knew the model was just an actor, but most could successfully imitate the model on their first try.
Cognitive Therapy
Self-control therapy– a technique which is based on the ideas of self-regulation. It is most successful with changing habits.Behavioral charts/diaries – creating a method of formal self-observation.Environmental planning – removing cues of bad habits, creating positive cues/areas.Self-contracts – specific plans for self-rewards and acceptable self-punishments. Works even better if you use a witness. Success of Weight Watchers?
Anger Management
Anger management was made popular by the movie with the same title starring Adam Sandler and Jack Nicholson.Theoretically, anger management is just a specific application of self regulation.But, it does serve to illustrate to far-reaching clinical and social application of Social learning theory.
http://www.youtube.com/watch?v=M-GV46SUcWs&NR=1
Bandura’s Influence
Bandura’a paradigm has enormous appeal because it allows for examination of the effects internal, cognitive processes with the experimental rigor of a behaviorist.Social cognition has strong roots inBandura’swork.Banduragave an experimental paradigm to personality researchers. BeforeBandura, personality was closely linked to psycho-analysts and their counterparts in existential philosophy.