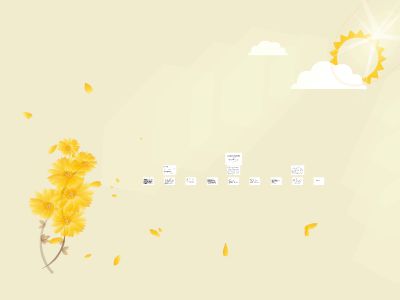 Prevention of torture through independent oversight in South AfricaBerberHettinga, UWC, RSA
ISS Conference, 21 August 2013
1
ISS Conference August 2013
IntroductionThe obligation to prevent tortureThe obligation to establish independent oversight under UNCAT, OPCAT and RIGSouth Africa’s path to ratification of OPCATExisting mechanisms of independent oversight in South AfricaSAHRCJICSPolice, immigration, children and youth care/detentionPsychiatric hospitals, drug treatmentcentres, etcSouth African Human Rights CommissionJudicial Inspectorate for Correctional ServicesPossible ways of setting up a National Preventive MechanismConclusion
Paper outline
2
ISS Conference August 2013
Article 2(1) UNCAT obliges States Parties to take effective legislative, administrative, judicial or other measures to preventacts of torturein any territory under its jurisdiction. The UN Committee against Torture (CAT) has interpreted ‘effective measures’ as meaning ‘all measures, as appropriate, required to protect all members of society from acts of torture.’Article 16(1) UNCAT further places an obligation on States Parties to prohibit and preventcruel, inhuman or degrading treatment or punishment. CAT has recognised that the ‘measures required to prevent torture must be applied to prevent ill-treatment.’RobbenIsland Guidelines, Part II
The obligation to prevent torture
3
ISS Conference August 2013
Obligation to establish independent oversightUNCAT: arts 2(1),11 and 16 and CATArticle 4(1) of OPCATplaces an obligation on States Parties to allow visits in accordance with the Protocol, by the SPT and the designated National Preventive Mechanism (NPM) to ‘any place under its jurisdiction and control where persons are or may be deprived of their liberty.’RIG 38-44, in particular:RIGs 41 & 42 call on States to establish, support and strengthen independent national institutions ... with the mandate to conduct visits to all places of detention and to encourage and facilitate visits by non-governmental organisations.
Prevention of torture and other ill-treatment through independent oversight
4
ISS Conference August 2013
It must be independent.It must have a mandate to conduct visits to all places where people are or may be deprived of their liberty.It must have a mandate to conduct regular and unannounced visits to all places of detention and their installations and facilities.It must have access to all information concerning the number of persons deprived of their liberty as well as their location.It must have access to all information about the treatment of persons deprived of their liberty and their conditions of detention.It must be able to choose to interview persons and to conduct interviews in private.It must make recommendations aimed at improving the treatment and conditions of detention.
National Preventive Mechanism requirements
5
ISS Conference August 2013
South Africa signed OPCAT on 20 Sep 2006, but has not yet ratified it.Civil Society, the South African Human Rights Commission and Parliament have urged Government to ratify on several occasions.Government has expressed intention to ratify on a number of occasions, but also stressed it prefers to have a plan for an NPM in place before doing so.Some civil society consultation has taken place on the development of an NPM.Particularly, the Association for the Prevention of Torture (APT) works with relevant government officials in preparing for ratification.
ISS Conference August 2013
6
South Africa and OPCAT
Two existing bodies with a comprehensive oversight mandate:SAHRCJICSOther forms of detention in need of oversight:Police, immigration, children and youth care/detentionPsychiatric hospitals, drug treatmentcentres, etc
ISS Conference August 2013
7
Existing oversight mechanisms
Human rights oversight body with wide mandate:investigate human rights violations;perform research on a wide range of human rights issues;make recommendations to all levels of government.However:no legal power to enforce findings and recommendations;serious lack of resources;although visits to prisons and other places of detention have occurred, currently no practice of doing this regularly;SAHRC does not consider itself suitable to take up full role of NPM.
ISS Conference August 2013
8
SA Human Rights Commission
Mandate:Inspect all prisons;Report on treatment of prisoners;Report on conditions and practices in prisons;May receive and deal with complaints;May make any enquiry and hold hearings for the purpose of conducting an investigation;Receive mandatory reports from heads of correctional centres on deaths, segregation, use of force and use of mechanical restraints.
ISS Conference August 2013
9
Judicial Inspectorate for Correctional Services
Strengths:Relatively wide mandate;Independent Visitors regularly inspect all prisons;Independent Visitors play important role in assisting prisoners to bring and solve complaints;Annual and quarterly reports bring important information on prisons in the public domain, therefore ensuring greater transparency and accountability;Engagement with civil society.
ISS Conference August 2013
10
Judicial Inspectorate for Correctional Services
Weaknesses:Lack of functional independence:Established through Correctional Services Act;Dependent on DCS for budget and administrative services;DCS involvement in appointment of key positions;Conflicts of interest.InefficiencyVacancies, particularly ICCVsInmate perceptionsLack of public engagement
ISS Conference August 2013
11
Judicial Inspectorate for Correctional Services
One institution, such as SAHRC or JICS, to expand mandate/resources;Committee consisting of different experts;Representatives of several institutions responsible for oversight form a committee to lead NPM;One institution (perhaps SAHRC) in charge of coordinating a range ofspecialisedsector-specific institutions;Civil society alone, in any case as partner.
ISS Conference August 2013
12
NPM options
THANK YOU!
13
ISS Conference August 2013