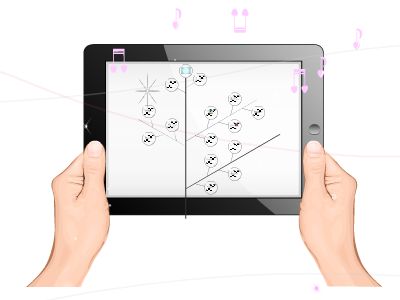 Logical Fallacies
Origins
The word “fallacy” may derive from the Latin wordfalleremeaning, “to deceive, to trip, to lead into error or to trick.”The word may also derive from the Greekphelos,meaning “deceitful.”www.sun-design.com/talitha/fallacies.htm
What is a logical fallacy?
an error in reasoningfaulty logicflawed statements that often sound true
Why is it important to understand/recognizefallacies?
Think of this as “intellectual kung-fu: the art of intellectual self defense.” (Logical FallaciesHandlist)
Bandwagon
“Everybody does it.”“I should get to go to the show because all my friends are going.”“You should buy this product because all the ‘cool’ people have it.”
DictoSimpliciter
based on an unqualified generalizationstereotyping“Exercise is good. Therefore, everybody should exercise.”“Women aren’t as strong as men. They aren’t capable of serving in the military.”
Hasty Generalization
A generalization based on too few instances to support such a conclusion“You can’t speak French. I can’t speak French. Therefore no one at BHS can speak French.Based on a survey of 100people,Pepsi is America’s favorite drink.
Post Hoc Ergo Propter Hoc
Because one thing followed another, the second thing was caused by the first.Eg. superstitions“Let’s not take Bill on our picnic. Every time we take him with us, it rains.”“I wore my Garfield socks the first time we won. Unless I wear them next time, I’m sure we will lose.”
AdMisericordiam
Appeal to sympathy“Unless you give me an A on this paper I will fail the class and not graduate. I won’t be able to get a job. I’ll probably end up homeless and hungry.”
False Analogy
Comparing two largely incomparable things“If doctors get to use x-rays, and carpenters get to use blueprints to do their work, then students should get to use textbooks when they take a test.”
Hypothesis Contrary to Fact
a prediction based on changing a past eventwhat might have happened if…“If Al Gore would have been elected president, we would not be fighting in the Middle East today.”
Poisoning the Well
attacking the person’s character rather than the issue“My opponent is a liar. Don’t vote for him.”“Don’t go out with Joe. He is a jerk!”
Begging the Question
Circularreasoningthe conclusion is assumed in the premise“Stealing is against the law because it is illegal.”“This restaurant serves the best food in the town because it has the best chef.”
jc-schools.net/dynamic/LA/activities/LogicalFallaciesIntro-activities.ppt